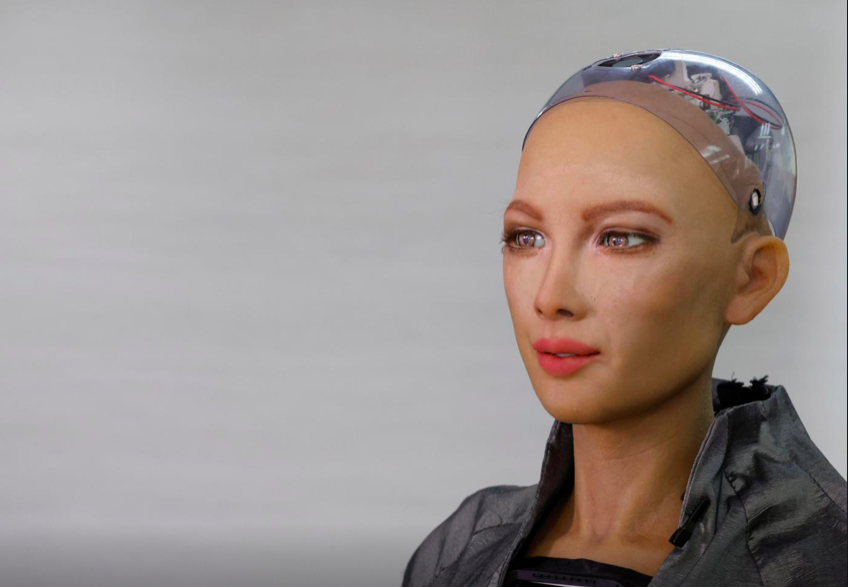 Sophia is a popular humanoid robot taking over the media and film franchises. Hanson Robotics activated the robot in 2016 and has since made notable appearances and attended numerous high-profile interviews. Sophia became the first robot citizen of a country after Saudi Arabia granted it citizenship.

Sophia is all over social media, and you can find videos of her interview and popular presentations. Unlike other robots resembling the frightening terminator machines, Sophia is designed to look more human.

Some notable features of this robot include a computer vision algorithm that provides visual abilities through cameras placed in its eye sections. Besides, the robot can sustain eye contact and recognize individuals after interacting. Sophia also can process conversations through the natural language subsystem. In 2018, Hanson Robotics upgraded the robot giving it functional legs to move around seamlessly.

Sophia has become a public figure and was named the United Nations Development Program’s (UNDP) champion in 2017. The robot has gained a human-like status within the few years it has been around, appearing in popular TV shows in the U.S and beyond. Now it is slated to appear in films.