Home Gaming What’s the Debate on Violence and Gaming Really About?
Gaming 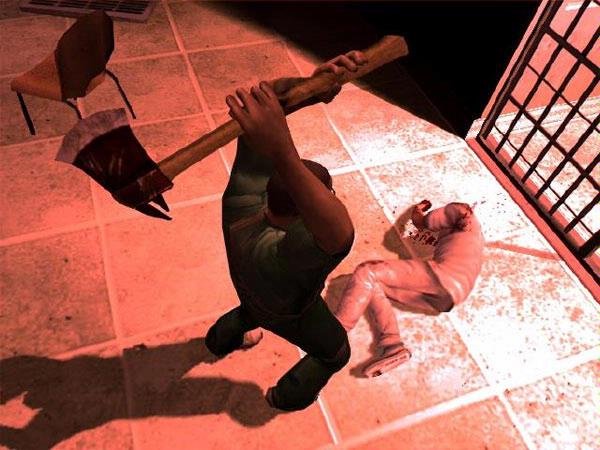 They’re intimately familiar questions to most of us: do violent games cause real-world violence? Are video games linked to behavioral problems? Is gaming harmful to children? And last, but certainly not least: should violent games be regulated, censored, or banned? These questions all culminate in another, far more pressing question: what’s all this jazz  really about?

Violence and Gaming – The Scapegoat

It’s a song-and-dance routine that’s all too familiar for anyone who’s been gaming for more than a few years. A tragedy such as the Sandy Hook Elementary shooting happens. People are shocked at the sheer brutality of the incident, struck dumb by the horror of the event. Desperately, they try to find a reason – it can’t just be meaningless violence, can it? That’s where video games so often come in. As a relatively new medium which still hasn’t gained widespread acceptance, gaming all too often fits the bill as a scapegoat.

The problem is that there exist far too many people – people with power, I might add – out there with only a rudimentary understanding of both gaming and psychology. They see correlations where none exist. They make assumptions about a medium they do not care to understand, and as a result, everyone suffers.

One of the most disgraceful instances of this can be found with the Violent Content Research Act, proposed by Senator Jay Rockefeller. In the wake of the Sandy Hook shooting, it seems like a fitting decision to make. At least, it would if Rockefeller wasn’t the one behind it. He’s already demonstrated time and again that he’s on a crusade against violent games, and he won’t stop until they’re either censored or heavily regulated. Just look at his response to a recent Supreme Court decision that qualifies violent games as protected speech:

Recent court decisions demonstrate that some people still do not get it. They believe that violent video games are no more dangerous to young minds than classic literature or Saturday morning cartoons.

The man obviously knows what results he wants from this ‘study.’ As a result, there’s no feasible way this study would be free of bias. Rockefeller and his goons will find a correlation between gaming and violence because they’re looking for one. 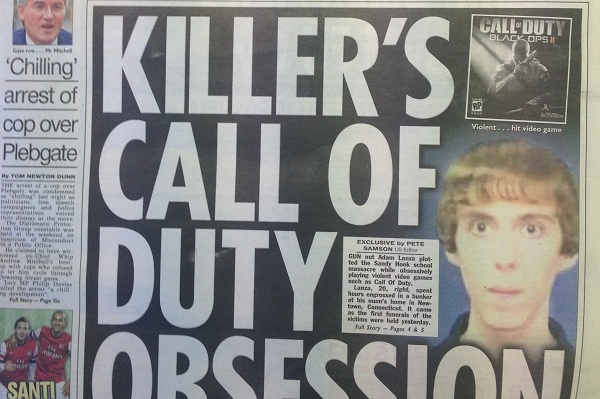 It also does a great injustice to the victims of the shooting. The fact is; things are almost never black and white. Implying that violent content is one of the only reasons for the Sandy Hook shooting would be like trying to say that humidity has no impact on one’s environment. It’s simply false, and shows a callous disregard for the scope of the tragedy.

Beyond this, the notion that games actually have a direct link to real world violence is, quite frankly, absurd. If anything, the violence inherent in human nature tends to bleed into the medium, rather than the other way around. People have been killing each other well before video games existed. Did Jack the Ripper play Grand Theft Auto? Did Gengis Khan play God of War? Was Josef Stalin an avid fan of Dead Space?

Okay, I’ve made my point – I’m going to play devil’s advocate for a moment. I think we as gamers are too used to defending our medium from people looking to deride it. We’re used to immediately jumping to the defensive whenever someone even brings up a minor criticism. It’s a bad habit that we really need to learn to shed.

To be honest, we most certainly should do a bit of research on the psychological impact of gaming. Like I’ve said, it’s still a relatively new technology. We have no idea how it actually impacts our minds, how it changes how we think and feel.  Until we can perform more impartial studies that aren’t couched in questions of violence, however, it might be best to avoid the lab.

Plus, violence in itself isn’t always necessary in gaming. That’s also worth mentioning. There are some downright incredible titles out there that don’t make use of any violent content whatsoever. You don’t need heavy weaponry to enjoy yourself.

So, at the end of the day, what is the debate on violence in gaming really about?

It’s about the growth of a medium that’s making huge strides towards finding its place in the world. It’s about an entertainment industry that’s still growing and evolving, one that still hasn’t found its place yet. Moreover, it’s about the link between games, government, and society –a frayed link which is sorely in need of repair.