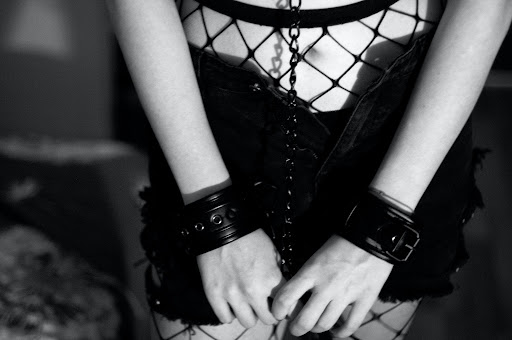 Rape is a crime defined in State Penal Code 261 as forced sexual intercourse fulfilled through threats, force, deception, or with someone unresponsive or someone unable to provide consent. It doesn’t matter whether you’re married, seeing each other, or know one another. As long as the act is not consensual and done against your will or without your awareness, it is rape. No evidence can say otherwise.

If you’re a victim of this abuse and are too afraid to speak up to people around you, the state has rape lawyers that can help you get the justice you deserve. And, if you finally gathered all the courage and strength to fight your case in court, we have laid down some common scenarios that happen inside the courtroom to give you a heads up on the battle you will be entering.

A trial is a court hearing that is explained in front of a jury and judge. The judge’s responsibility is to make legal decisions, such as what evidence they can use, and to inform the jury about the case being presented as well as the law that is believed to be violated by the accused. The final verdict of the accused, unlike what most people think, will be up to the jury and not the judge in charge of the case. Therefore, your lawyer needs to make a great appeal and give the jury reasons to listen to your side of the story. You can also visit TruLaw, they can put you in touch with the top attorneys, in their opinion.

The very first step that will happen in a trial is to present evidence that will prove that the defendant forced you into having sexual intercourse with them without your consent. There are restrictions on the types of questions that defense attorneys can ask of you. Your lawyer can present evidence through either closed-circuit television, having witnesses to testify for you, or by placing a barrier as to the defendant and its team will not be able to recognize or see you. As a victim, you can also request that the judgment room be closed, or only certain people be barred from entering.

Making a verdict is still a part of the trial process, but it is one of the most important statements that will bring justice to the victim or bring freedom to the defendant. It will be a dreadful ride, and you need to be prepared for every step of it. There will be instances where the jury is unable to reach a decision. In scenarios like this, the case will then be reheard before a new jury or dismissed entirely. If your lawsuit is reheard, your lawyer could utilize your documented evidence from the trial, or the court may call you to testify again.

A not guilty verdict indicates that the jury did not believe the defendant sexually abused you beyond a reasonable doubt. It does not imply that the court determined you were not speaking the truth. It does, however, imply that the defendant will not face any charges. Once the accused is found guilty, they will be sentenced by a judge or magistrate. It can take several weeks for a sentence to be issued, but it means that the court will give your case justice, and the accused will not be going out as a free man.

A sentence is an order that explicitly states the maximum penalty for the person who is found to have committed a crime. This happens after a verdict has been made and declared. Following a plea hearing, the judge or jury will be deciding a sentence. The defendant’s lawyer requests that certain factors be considered during the plea hearing when the judge or magistrate imposes a conviction. But if your case is strong and your lawyer will provide evidence and statements that the other party cannot dispute, all of the defendant’s pleas will be denied.

You can create a Victim Impact Statement to describe how the violent act directly impacted you. When sentencing, the judge or jury may consider these factors. You may also include photos, drawings, and other materials in your declaration. Also, your lawyer will give a copy of the statement to the abuser or their lawyers. You can read the words to the court or delegate this task to someone else you trust. Do not be afraid to speak up. You’re under the protection of the law, and if you fail to make a good appeal to the jury and the judge, you might do your abuser a favor.

Rape is rape. It is a violent act that worthy of prosecution. Because of sexual abuse, many people gave up on their lives, their dreams, and the hopes they had. Because of rapists, the world is unsafe. Because of victim blamers, abused individuals are afraid to speak up. Rape happens because of rapists. Not because of someone’s way of dressing, what they do for a living, or the lifestyle they have. If it’s not consensual, it’s not right. If you’re a victim of this horrific abuse, always remember; IT IS NOT YOUR FAULT.

Alisa is a graduate of Waynesburg University and has worked as political activist for seven years. During her spare time, she enjoys reading, watching movies, and spending time with her Chihuahua Bandit.