What to Expect from Doctor Strange 2 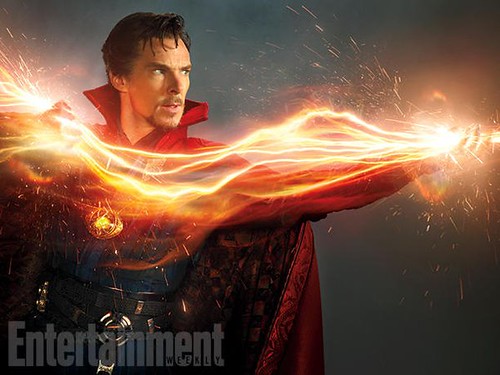 The trailer is not even out yet for Doctor Stange 2, but that won’t keep Marvel fans from digging into the details of what is in store for the next movie in the Marvel universe. The Doctor Strange sequel, the Multiverse of Madness, is confirmed for 2021. This latest one is going to be the fourth film in Marvel’s phase 4 post Endgame.

Both Benedict’s Wong and Cumberbatch dished that they knew there was a writer on board for Doctor Strange 2 when the movie Endgame started to do rounds in theaters.

The Likely Plot of Doctor Strange 2

The Doctor is back in the house with the ‘Doctor Strange in the Multiverse of Madness’. However, we know that this might be the first scary marvel movie, with Cumberbatch confirming a “twist in horror”, and that the storyline may follow the testing of the Doctor’s mental state.

That being said, the movie is also going to be PG-13 and will have bouts of humor like the first Doctor Strange. Speculation by fans dictates that Scarlet Witch will be part of the storyline as well. Another thing that we know for sure is that the Loki series and the Multiverse of Madness will have a connection. But nobody is sure if the God of Mischief will be making an appearance in this movie as an attempt at a crossover.

The makers of the sequel are prompting viewers to immerse themselves in the series at Disney+ to truly enjoy the events that will unfold in the Multiverse of Madness.

Who Will Be Present in the Movie?

The only cast member who is confirmed is the one with the titular role. During the comic con panel of WandaVision, we found out that the Scarlet Witch will be part of the Doctor Strange sequel too. It seems that the events of the two narratives are very closely tied.

Rachel McAdams might be back as Christine Palmer, Strange’s love interest, but we still don’t have confirmation of this just yet. Remember that this has not been announced by Marvel or the actress herself yet. There is a rumor that Strange may have a different love interest in this movie, Clea, a sorceress who has had a lot of page time in the original comics.

Clea may be the key to connecting the Dark Dimension and Quantum Realm.

Strange knew from the beginning that Tony Stark would have to die and hinted at this sacrifice to Iron Man when he says there is only one way we win. Strange may be dealing with the aftermath of that sacrifice by being hard on himself or having a similar trauma to that of Peter Parker.

A potential villain in this story is Nightmare, with the ability to travel to different dimensions and parallel timelines, where he makes people travel through dreams. If this is the case, the traumatized doctor theory makes sense.

Scott Derrickson is returning as the director, and in one tweet that he deleted later, the director hinted that Namor might be returning, but he then said that fans got the wrong idea.

What is Parasite – Elon Musk’s Favorite Movie of 2019