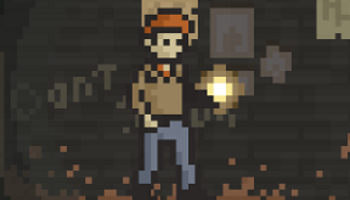 He’s awakened in a filthy, empty house – one that looks as though it hasn’t been lived in for quite some time. He picks up a nearby flashlight, and is shortly afterwards sickened to realize that he’s sharing the house with a corpse. Suddenly, a frantic thought stabs its way into his mind: where is Rachel? Where is my wife? 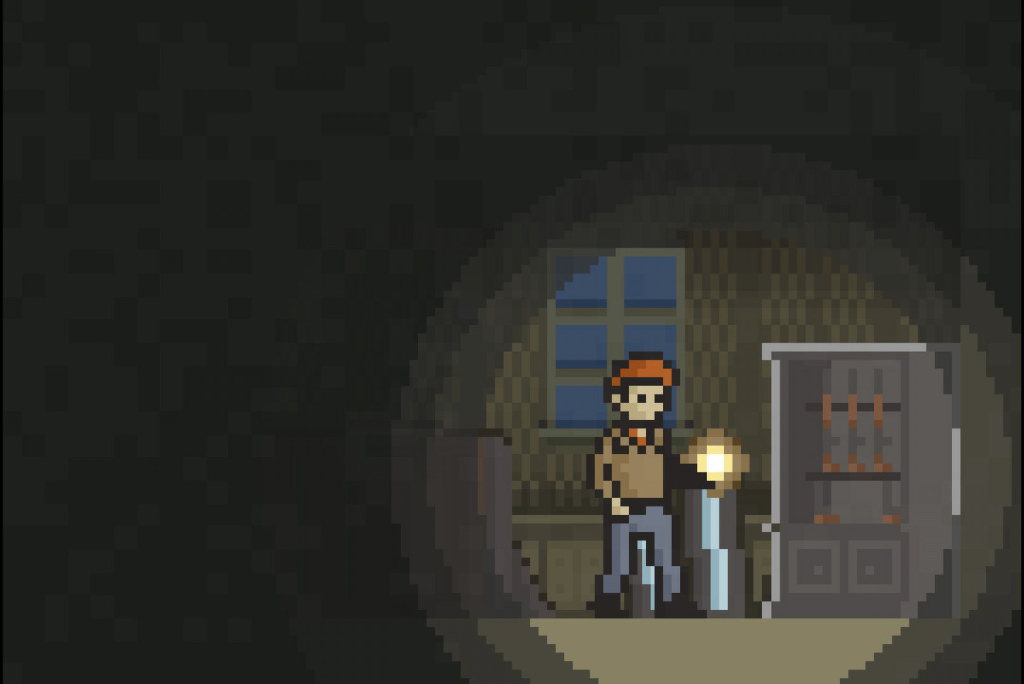 The only thought in his mind is that he needs to return home–he needs to find her. You, dear player, are the one who needs to guide him. As our unnamed protagonist makes his way through a disturbing series of abandoned buildings and dank sewers, you’ll offer your input on what he did or didn’t do. This will ultimately shape the story, bringing about ever-so-subtle changes to the experience. Even the smallest details–the most minuscule decision–might change the entire story (and the entire ending).

At least…I think it will. It’s not really all that clear. Truth be told, nothing is in Home.  That’s what ultimately makes it so unsettling; its ambiguity is arguably its greatest strength. Just like the protagonist, you’re lost, confused, and more than a little anxious. You’ve no idea why you’re here–or really, where ‘here’ even is. You’re entirely alone, with only your thoughts to keep you company, in a maddening world of rotting buildings and bloody corpses. 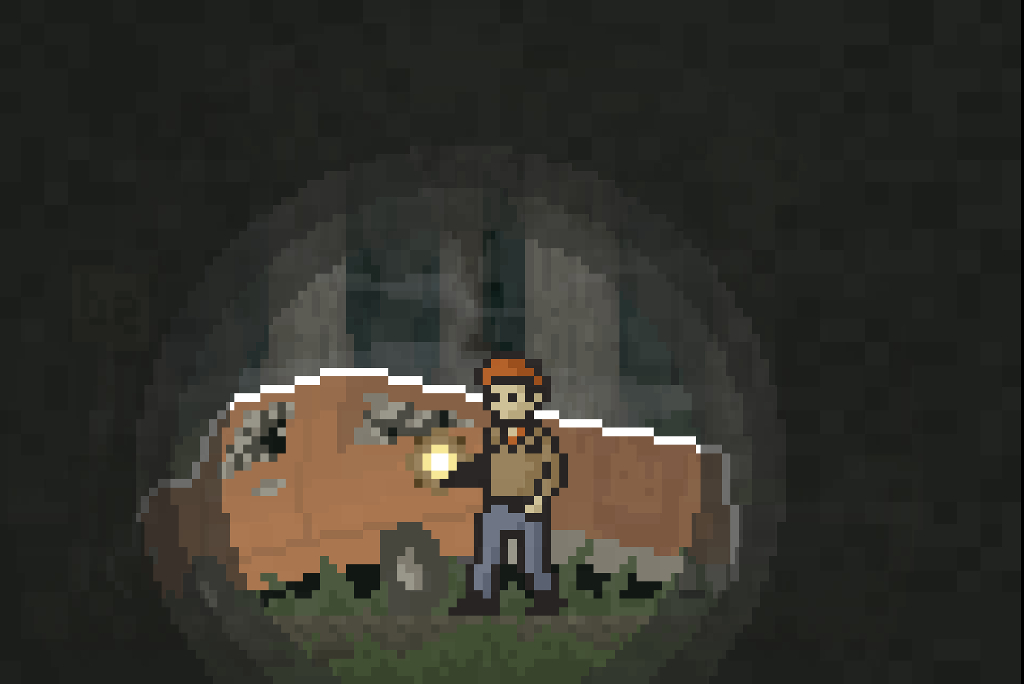 Oh, and if you’re expecting some sort of closure at the end of the game? Don’t. It’s not that sort of title. Without spoiling too much, the ending is pretty much just as ambiguous as everything else in Home. As with the rest of the game, you’re likely to be left scratching your head, wondering what just happened and why.

That murky narrative isn’t the only thing about Home that’s faintly unsettling, either. The environments have an eerie cast to them. You’ll keep expecting something terrifying to jump out at you–something made of teeth and claws and fear that will end you–but nothing ever does. Where too many horror games hurl fright in your face, Home subtly implies it. It’s a sort of slow, creeping sense of dread–and it works.

The fact that it manages to do this even with its simplistic, pixilated graphics is a fairly impressive feat, though one matched by Lone Survivor, which I’ll be reviewing next week. 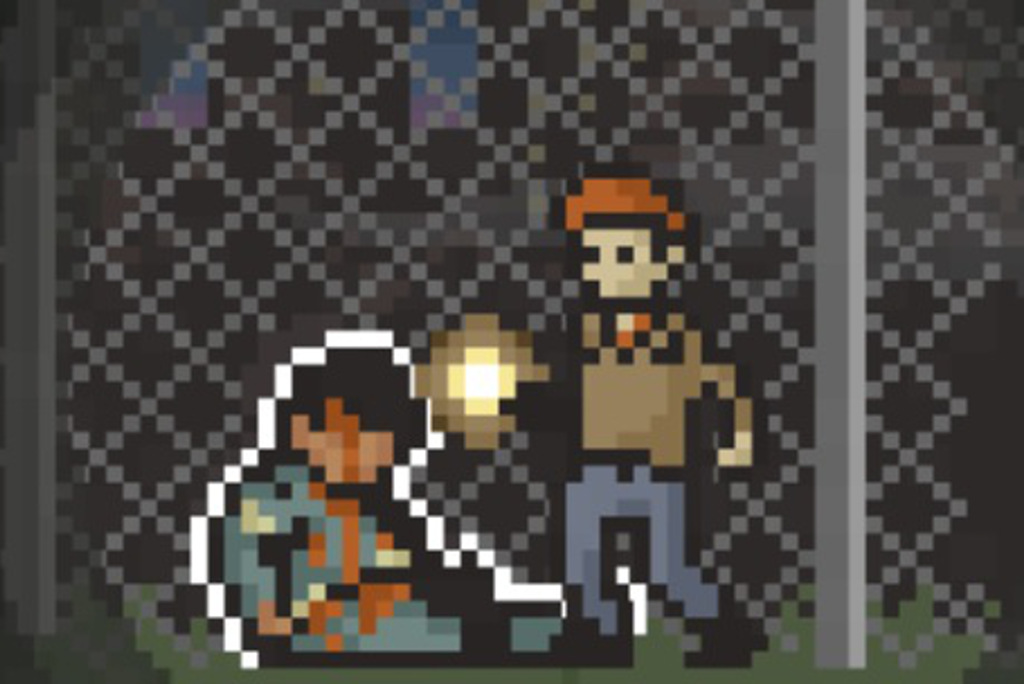 Anyway, as to Home: you spend the whole game feeling afraid, hunted, and nervous, jumping at shadows and cowering away from eyes in the dark. In the process, you uncover a fragmented tale of profoundly disturbing (and depressing) woe. When you finally arrive home, rather than comfort, you only find more dread, more anxiety, and more pain.

The game, sadly, isn’t perfect. Some players might find themselves frustrated by its slow pace, while others might encounter any of a wide array of bugs. I wound up being unable to control my character (or do anything else, for that matter) until I unplugged my controller from my PC. Glitches like this are a frustrating fault in a title which is otherwise a rather excellent experience.

Home is a narrative experiment in horror storytelling, and one which I’d argue has ended up being a great success. It’s dark, wonderfully creepy, and deeply psychological, with a series of different narrative branches that effectively ensure you’re going to have a different experience each time you play. You can pick it up on Steam for $2.99 – a pittance, really. 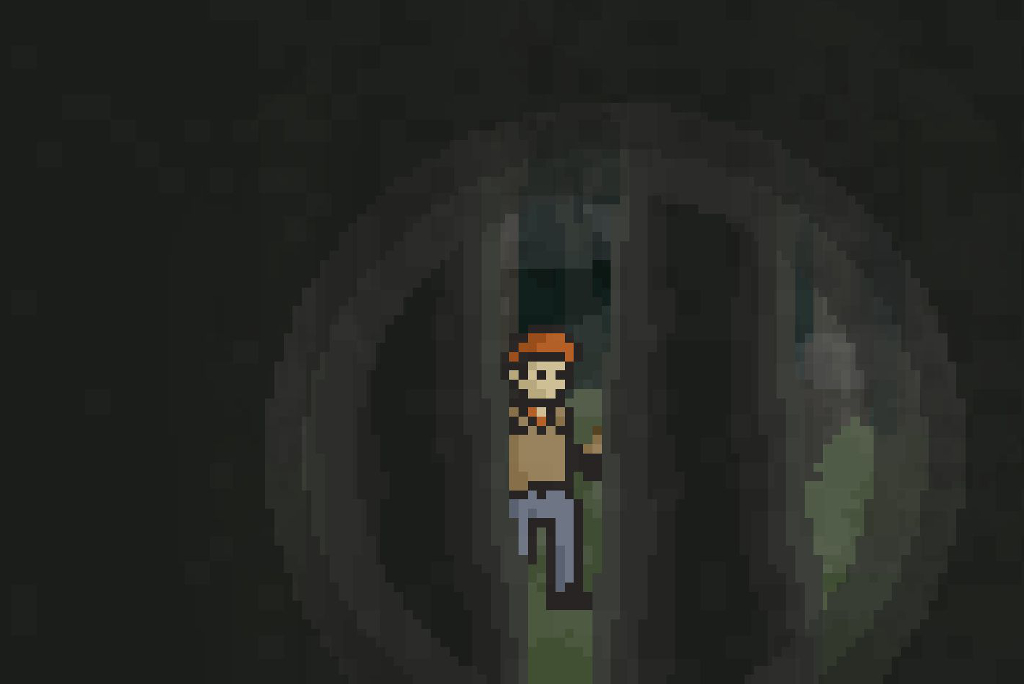 For those of you who are interested, I’ve included my interpretation of my own narrative below.

There never really was a Rachel–or if she was, she was never with the protagonist. She was a delusion, dreamed up as a result of his grief at losing his job at the factory. In the weeks that followed, his sleepwalking grew worse and worse. He eventually took to drinking. His delusions and his poor mental state became gradually more severe, culminating in the murder of Norman, a man who was once his best friend. As the game ends, he staggers out of his empty house into the rain, knowing it won’t be long until the police track him down.