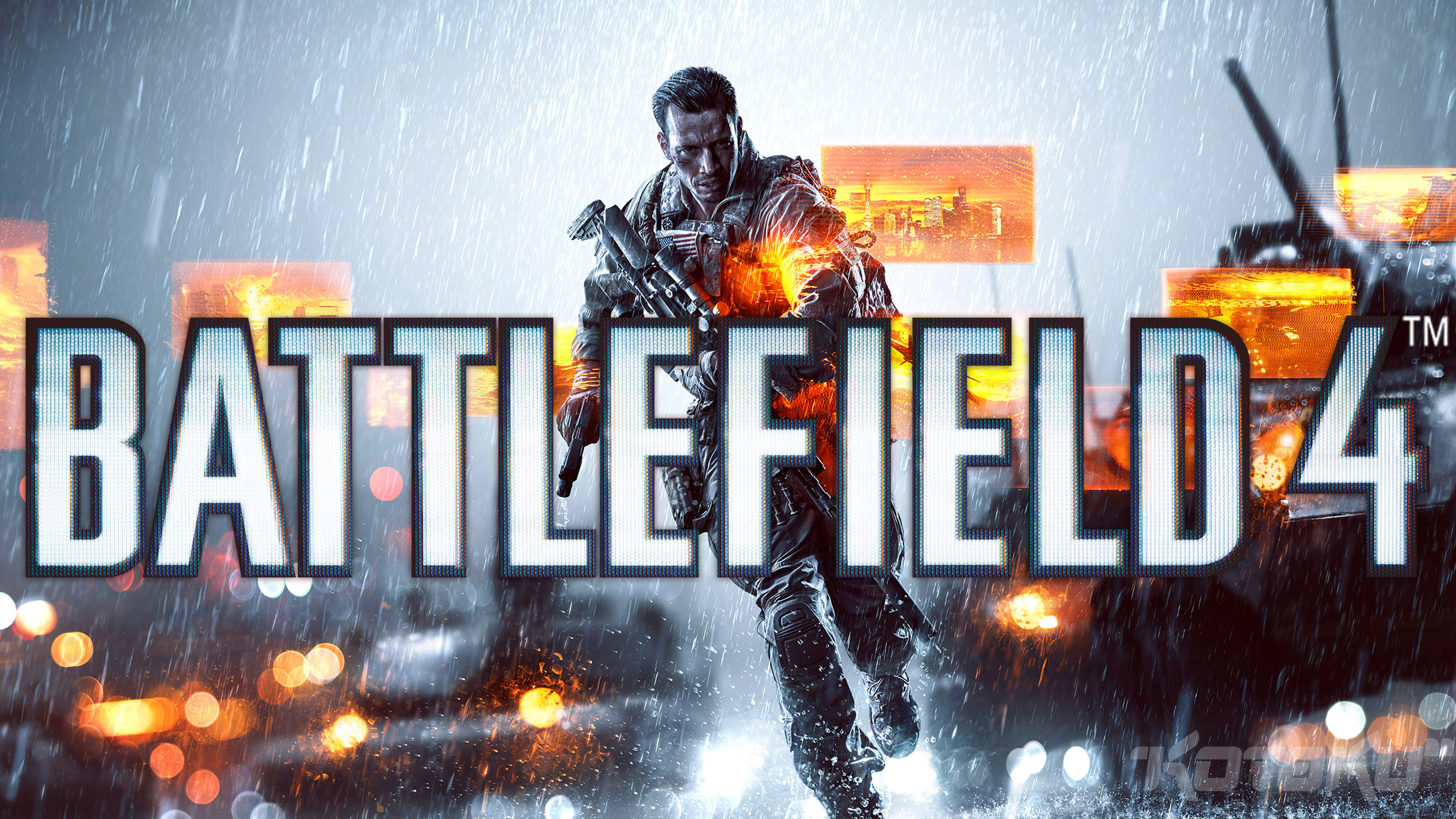 Developers are facing a difficult dilemma right now. Do they develop games for the next generation, or for the old generation? Or do they attempt some kind of mix of the two? Developing a game to run on the Xbox One and PS4 has obvious advantages; they have so much more power to play with. I think we are still yet to see the full potential of these machines, and that must be an incredibly attractive lure for any large developer. Developing exclusively for the next generation doesn’t come without its own problems, however. In doing so, developers essentially exclude large sections of their potential market. The obvious answer then, lies in creating a game that runs on both generations, but, as we are about to find out, that comes with a whole host of problems too.

Developers can either make a game designed to run on the old generation, and then scale up the graphics for copies played on the next, as I suspect was Ubisoft’s approach in Assassin’s Creed: Black Flag; or they can design a game for the next generation and then scale it back for the old. This is the root DICE decided to go down with Battlefield 4, and there are serious problems with this. Let me just state now, this review is based on the Xbox 360 version of the game. For obvious reasons, I can’t talk about what Battlefield 4 will be like on the next generation. The Xbox 360 version, however, feels very much like a cheaper version of the game you should be playing.

But I’ll get into that later. 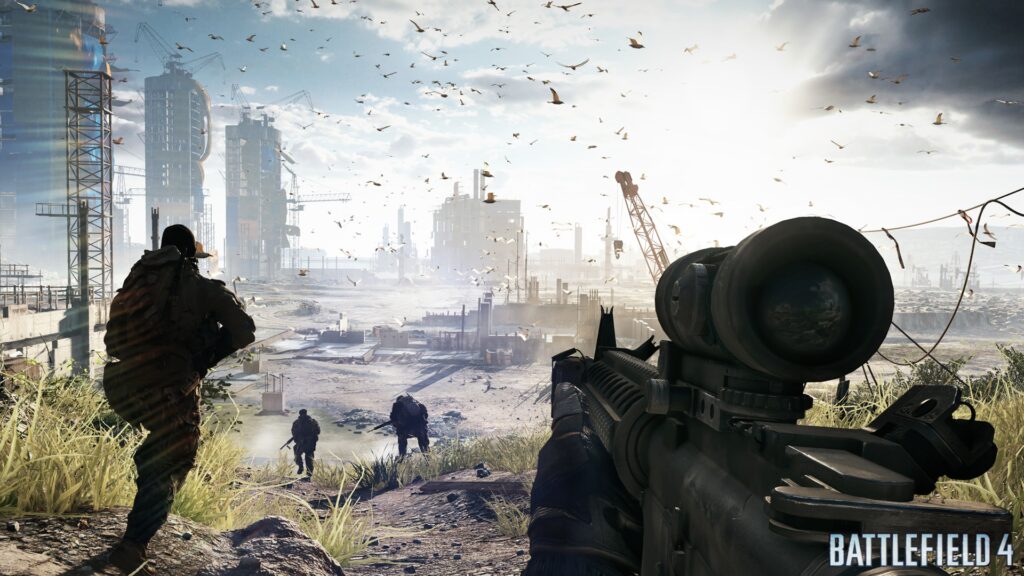 To begin with, let’s look at Battlefield 4’s single player campaign. Honestly, sometimes I do wonder why DICE even bothered. I don’t think anyone buys Battlefield games on the strength of the single player experience. And if they do, they’re idiots. But DICE have once again tried, and, to be fair to them, it’s better than the last one. That’s not really saying much, but it is something. You play as a US marine (shock!) and there’s a war taking place between China and the US. That’s about all there is to it. As you can probably imagine, it’s all fairly rote stuff. The single player action is strongest when the game opens up, and allows you to play it as a sandbox–hardly surprising considering what the multiplayer is like. But these moments are few and far between. You spend far too much time following your marine buddies in single file through poorly lit corridors. Added to that, AI, both friendly and enemy, is frustratingly stupid. You’re allies don’t really do much at all, and the enemies feel like strawmen just waiting to be shot.

It has to be said, production values are very high. The visuals, even on the Xbox 360, are quite stunning. And the casting of Micheal Williams (who played Omar in The Wire) brings some excellent voice acting to a rather poorly written script. The single player can be beaten in one sitting. All in all, it took me a grand total of 5 hours to complete.

Now that that’s out of the way, we can focus on what’s really important when buying a Battlefield game: multiplayer. It’s … well … it’s not as good as Battlefield 3. It all comes down to one very simple reason. On the Xbox 360 and PS3 versions, Battlefield 4 only allows up to 24 players per map. This is compared to the 64 players on the PC, PS4 and Xbox One. I suppose this was true for Battlefield 3 too, but the effect wasn’t nearly so pronounced. The large maps on Battlefield 4 feel empty. I found myself running aimlessly on foot searching for something to shoot at, before being taken out by a sniper from miles away. The intense action is simply not there on the larger maps. Of course, the smaller maps are still fun to play but these are not the true ‘Battlefield’ experience we’ve come to know and love. Far too often the smaller maps simply break down into stalemates with each team at the end of a corridor and with neither side able to make any headway. 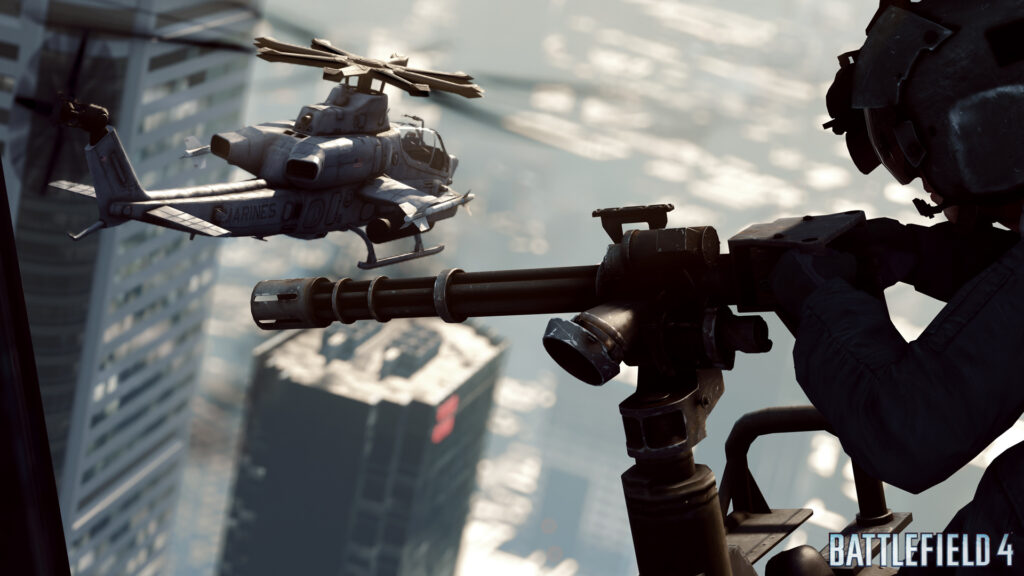 Of course, parts of multiplayer are still fun. I mean, how can they not be? You’ve got a combination of tanks, helicopters, jets, boats and a whole arsenal of weapons to play with. Combine this is Battlefield’s destructive scenery and you have a winning combination. Except you can’t shake the feeling that you’re playing a watered down version of the game.

The graphics, too, are significantly worse than the single player visuals. And, I assume, significantly worse than on the next generation. Textures are blurry and dull and I encountered many frame-rate issues. Even with the day one patch installed, there was screen tearing, glitches, and significant texture pop in. Basically, even with the reduced player count, this game has some serious problems on the old tech. On top of that, I have encountered some serious issues with lag and hit-detection. I have unloaded a full clip on someone from short range (yes, I hit) only for him to turn around and kill me. With DICE and EA’s combined record, I suppose I should have expected this, but still.

DICE have added some extra features to multiplayer which are improvements on BF3. Levolution is the most obvious one but probably the most useless. Basically, Levolution is supposed to significantly change the map halfway through the match. So, that sky-scrapper falls down filling the streets below with thick dust; a damn bursts and floods the town below; a frigate crashes into an island – you get the idea. Visually, these scripted events are nice touches but they feel like a novelty which soon wears off once you’ve witnessed them enough times.

No, the smallest improvements are the best. Water gameplay has seen a significant overhaul; players can now swim underwater to avoid detection and can also use their pistol while swimming. You no longer feel like such a sitting duck when in the water. Moreover, DICE have significantly improved water combat by adding large, rolling waves. This is a welcome change from BF3’s flat, uninspired water. Attack boats become strategically useful rather than just a means to transport you to land.

Then there’s the new commander mode, unlocked once you hit level 10. A good commander can make all the difference in Battlefield 4 if people actually listen to what he says. The commander has a bird’s eye view of the battle and can direct squads to take objectives. He can provide ammunition and vehicles to teams as well as call in artillery. The role is limited to how much your team actually follows your orders but it’s an interesting development and adds another layer of combat. 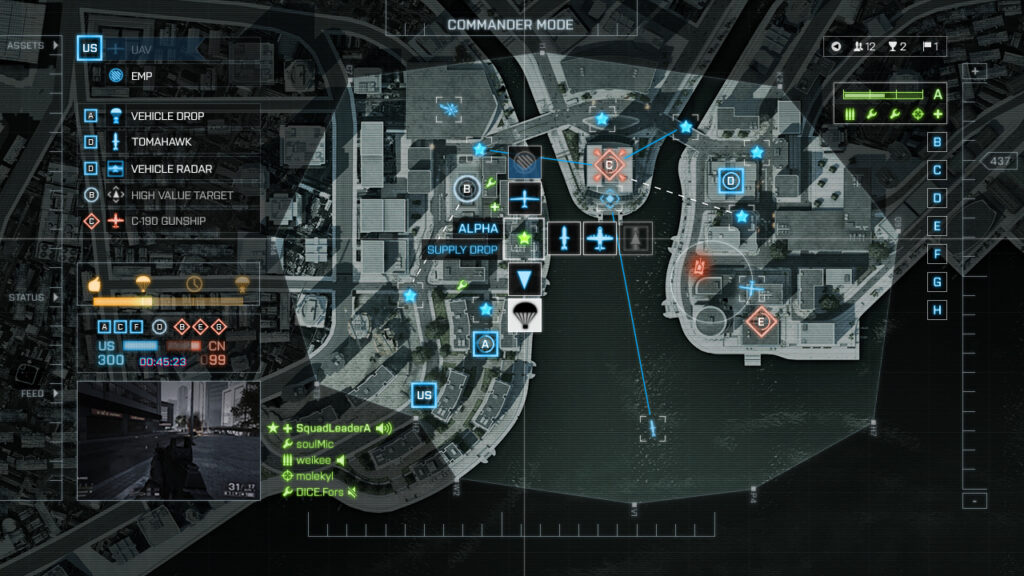 All in all, Battlefield 4 on the current gen is not half the game it will be on the next gen. The incremental improvements made to multiplayer mean that this will be a great game… on the Xbox One or Ps4. But on the current gen, it just doesn’t work. Of course, the singleplayer will be mediocre no matter what you play it on, but the multiplayer takes some serious hits. The most significant being the reduced player count. The maps are clearly not designed for 24 players. Want my advice? Don’t buy this game on the current gen. You wont be getting your money’s worth. Play it on a high-end PC, or wait until you can get an Xbox One or PS4.

Has the potential to be a great game on the next gen.

Maps are too big for 24 players. It just doesn’t work as it’s supposed to.

A host of technical problems.