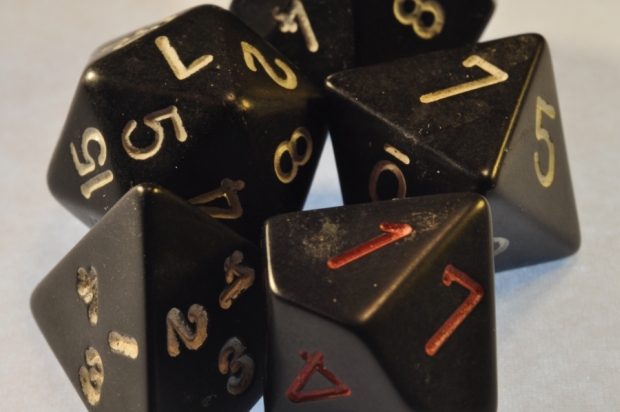 Wargamers are an interesting, if not mysterious, breed that exists within our community. They’re not like Cosplayers, or gamers, or sci-fi geeks. You can’t pick them out in a crowd by how they dress, how they talk, or whether they can flawlessly demonstrate the Vulcan salute.

What we picture, when we think of a tabletop wargamer is dependent on two things: Whether we’ve actually met one and whether we realized we met one.

The stereotype, however, does tend to prevail in most people’s minds. You say to someone “What do you think someone who plays Dungeons and Dragons looks like?” and they’ll describe to you some Nosferatu shade of pale looking guy, who’s frantically rolling polyhedral die and mooning over a picture of an elven princess. But is this the reality?

Well, my friends, science did a study and now we have some actual answers for things.

Ian Cross, from the College of William and Mary, is the man who’s taken on the challenge of an academic study into wargamers within America.

Most recently, the study has revealed the types of games and armies that the wargamers surveyed play and this is where it gets really interesting. 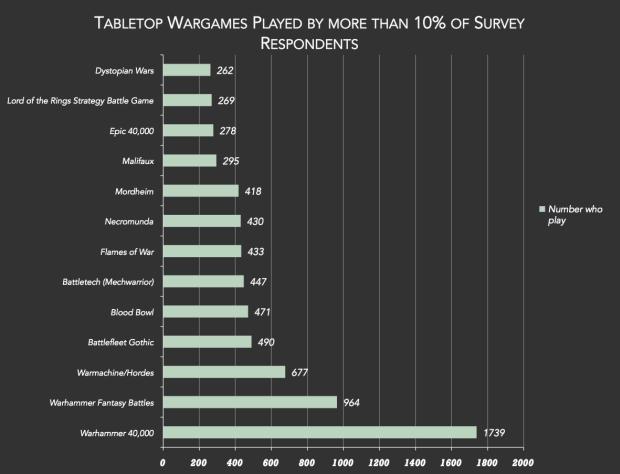 Cross makes a point of the fact that a number of semi-retired games were making it past the 10% threshold of games still being played. If I were Games Workshop, I would seriously be reconsidering breaking any of the old moulds any time soon.

The armies that people chose to play, from the Warhammer 40K Universe, were about as unsurprising as the fact that the 40K games were the most popular amongst gamers. Space Marines because stomp stomp, smash is fun to play.

I was expecting to see a much higher percentage of female wargamers, though when the percentage is 3%, you can’t get a much lower. The Golden Demon awards usually boast a fair number of female entrants and wargames in general tend to have a large array of strong female archetypes. At the same time, wargames do tend to market themselves more for men. So, while this was a little hard to see, it’s not completely unreasonable as a number.

On an individual level, of course not all of the results are going to ring true for every person. But Cross has acknowledged the limitations, which is more than you get in a lot of survey results where the people presenting them, present it as definitive and unyielding to any extenuating circumstances.

The fact that we have some numbers and that there has been an academic study done in the first place, means there’s a more concrete view of the wargaming world and what it wants. With one study done, hopefully this means there will be more studies in the future, studies that are able to be more expansive and give us an even clearer view of the wargaming community as a global entity.

Until then, roll on tabletop wargamers, roll on.