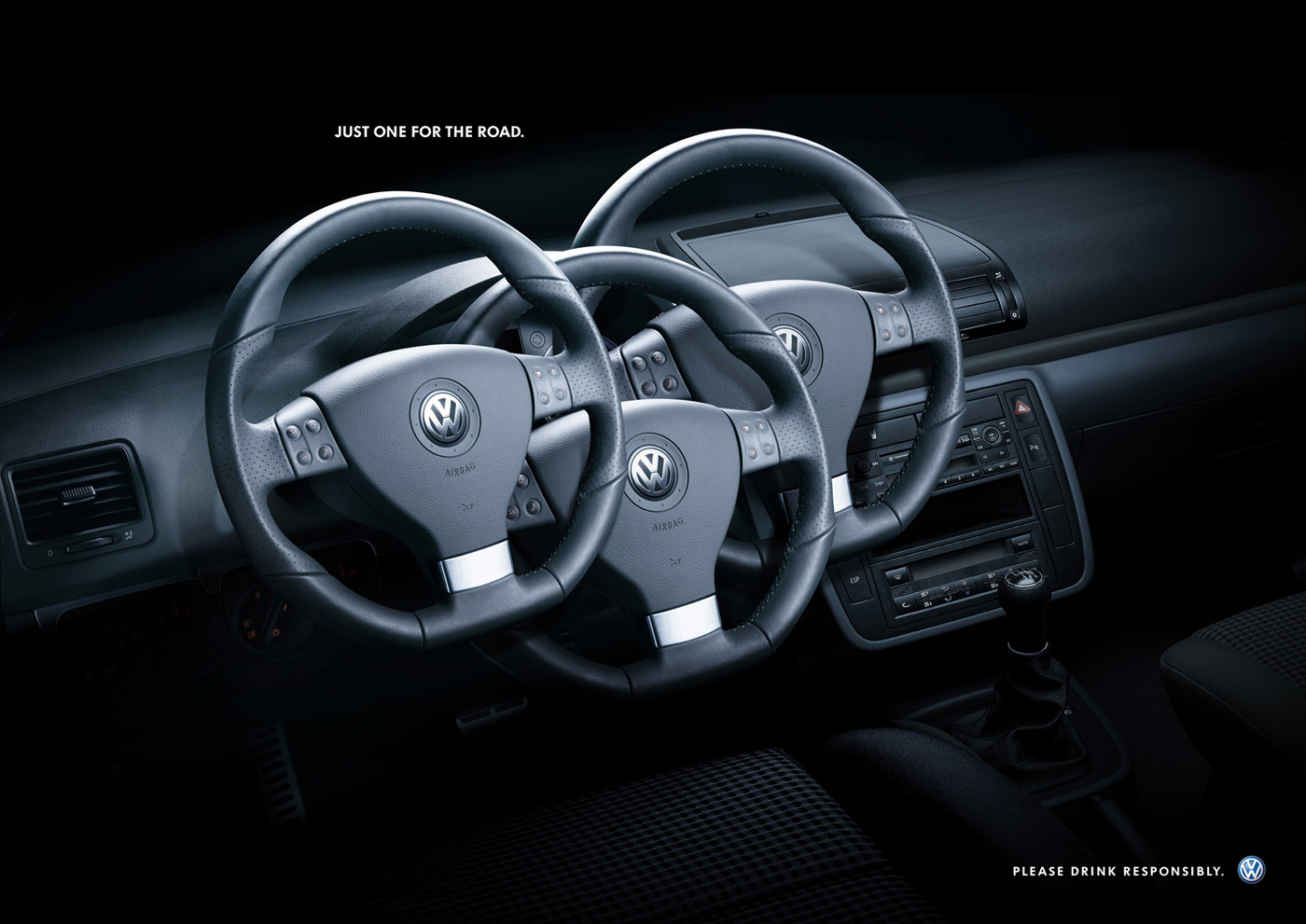 Volkswagen has released a series of advertisements that are a sobering reminder of the dangers of drunk driving. 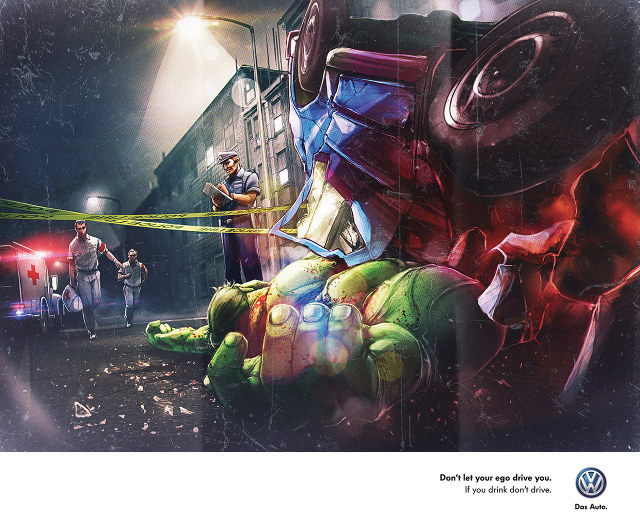 In the three separate advertisements, superheroes are shown either presumably unconscious or dead underneath or inside their heavily damaged vehicle, which crashed due to driver intoxication. Underneath the picture reads the tagline: “Don’t let your ego drive you. If you drink don’t drive.” 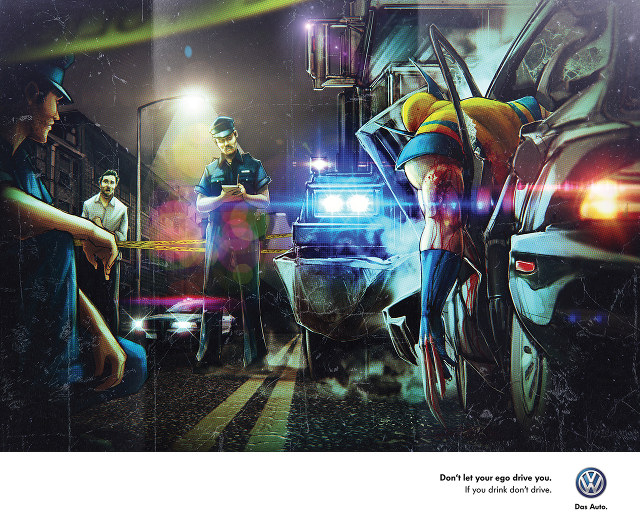 Each advertisement features a different superhero: Superman, Wolverine, and The Incredible Hulk are shown surrounded by police and stunned bystanders.

The message is clear. No matter how strong and invincible you think you are, alcohol doesn’t discriminate. Don’t drink and drive.