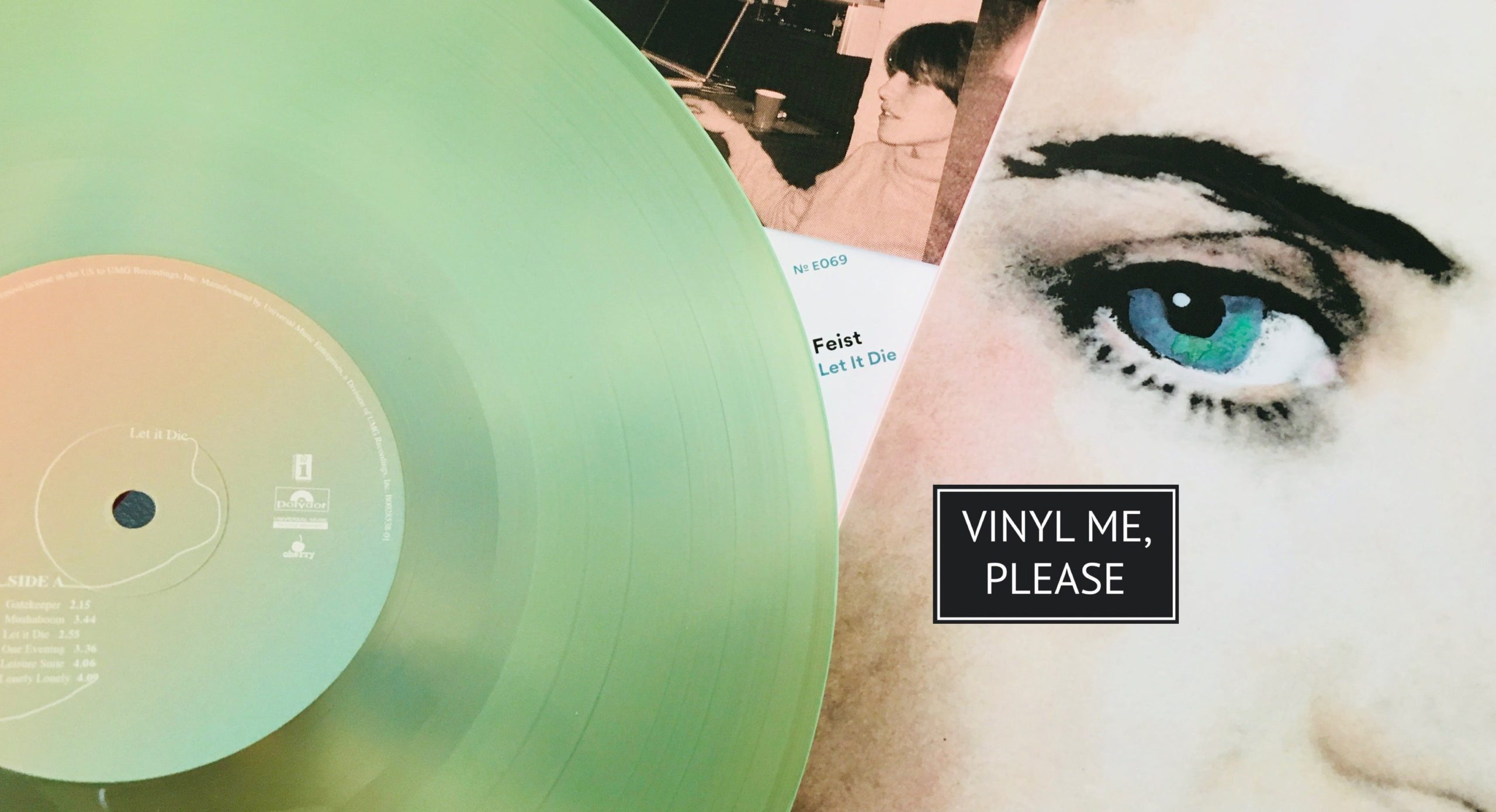 Here’s how it works. You send Vinyl Me, Please some of your hard-earned money (plans start at $27/month) and they send you one meticulously selected album worthy of your time and attention. Easy, right? Each custom pressing (often on colored vinyl!) also comes with special features like original artwork and even a recipe for a companion cocktail. You’ll have membership privileges in the VMP shop, which means you can grab a copy of previous VMP selections from the archives – including the stunning VMP Classics pressing of Miles Davis’ and John Coltrane’s The Final Tour – not to mention a bevy of rare and exclusive releases. The store is now open, it’s chock full of sexy new discs that need a loving home, and Team VMP are now adding fresh new selections to their stock every single week. Do not miss out.

Whatever styles or artists or limited edition pressings you’re looking for, you’re bound to find something in the VMP Store. While the store is open to the public, many of the covet-worthy selections are only available to members, so you’ve gotta sign up to get your mitts on them. If you’re peckish about relinquishing control of your record collection over to complete strangers, know that VMP’s Swaps Program is in full effect. That means you can flip any VMP pick you don’t like for a past AOM that’s a little more your speed. My advice? Don’t overthink it. Do yourself a favor and sign up today.

So, what’s in the box this month? How about a sexy, 15th anniversary edition of Feist’s folkified, early 2000’s classic Let It Die? Just FYI – the answer to that question should be a resounding, “hell yeah.”

For the Love of Music, Please DO NOT BEND (or, how Feist taught us to “feel it all” way before that song was even released)

Somewhere in the fall of 2004, I found myself reading an interview with a musician in some random magazine. At present, I don’t recall who the interview was with, or even what magazine I was reading for that matter. What I remember is that somewhere in said article, the interviewer ventured to ask this musician if there were any new artists they were high on at the time. Said musician the spent the rest of the interview heaping praise upon an up and coming Canadian singer/songwriter they’d recently seen touring behind her new album. That’s how I first heard about Leslie Feist (aka Feist). That’s when I discovered her wildly eclectic sophomore album Let It Die.

All you really need to know to understand that adventure is that Let It Die wasn’t conceived as an album. Rather, Feist (who’d cut her teeth in the years leading up to Let It Die‘s working with Canadian artists like Peaches and the Broken Social Scene collective) walked into the studio armed with a handful of original songs, an impeccable musical palate, a few close collaborators, and a mind wide-open to the possibilities those elements might deliver.

What they delivered was an album that somehow shifts seamlessly through musical terrains as varied as jazz, folk, lounge, electronica, and disco with clear nods to bossa nova and chanson-tinged pop to boot. In the hands of a lesser artist, an album with so many disparate influences in play would’ve felt muddy and frustratingly unfocused. Not so with Leslie Feist. Behind witty, incisive lyrics and a vocal range that can seemingly be applied to any style of music, Feist propels Let It Die forward with a catchy, melancholic whimsy. One that grabs hold of you from the album’s chilled out opening bars and keeps you invested all the way through its jazzy finale.

Of course, with so much going on in the space of an album, Let It Die can feel a little like an endurance test the first time through. All I can say to those who struggle through is to stick with it, and as soon as the album ends, flip it over and start it up again. The payoff is more than worth it, and Let It Die is the sort of essential album that gets richer and richer with every listen.

If you were a fan of Let It Die back in 2004, then you probably owned the album on CD. If that’s the case, you’re likely to note that the cover art on this release differs dramatically from that original. That may bother some, but it’s also worth noting that this variant cover was designed specifically for this 15th anniversary edition, which is pretty damn cool. But then again, that’s just how Vinyl Me, Please roles.

Alright, who wants to get into this package already, eh? Before we do, be sure to check out the important info on this handy little sticker. Those special features are only part of what makes this release a bona fide VMP Essential (as noted by the lovely blue foil stamp you’ll find on the back).

Once you’ve got the resealable protective sleeve off, the first thing you’ll want to examine is the slick, VMP designed Obi strip. And yes, there’s some vital information included on that strip. Like the album’s title (Let It Die), the artist’s name (Feist), and the VMP catalogue number for this release. Hard to believe, but Vinyl Me, Please has issued 69 special editions to date. Here’s hoping there’s many, many more to come.

Flip that Obi strip over to find a few carefully selected words about the album itself, and why it was chosen as an Essential.

Be sure to examine the inner flap of that Obi as well, ’cause that’s where you’ll find the Let It Die companion cocktail … if you’re the sort who enjoys an adult beverage while you listen. The ‘Leisure Suite’ contains gin and Campari, so it’s pretty much guaranteed to be one seriously tasty suite. 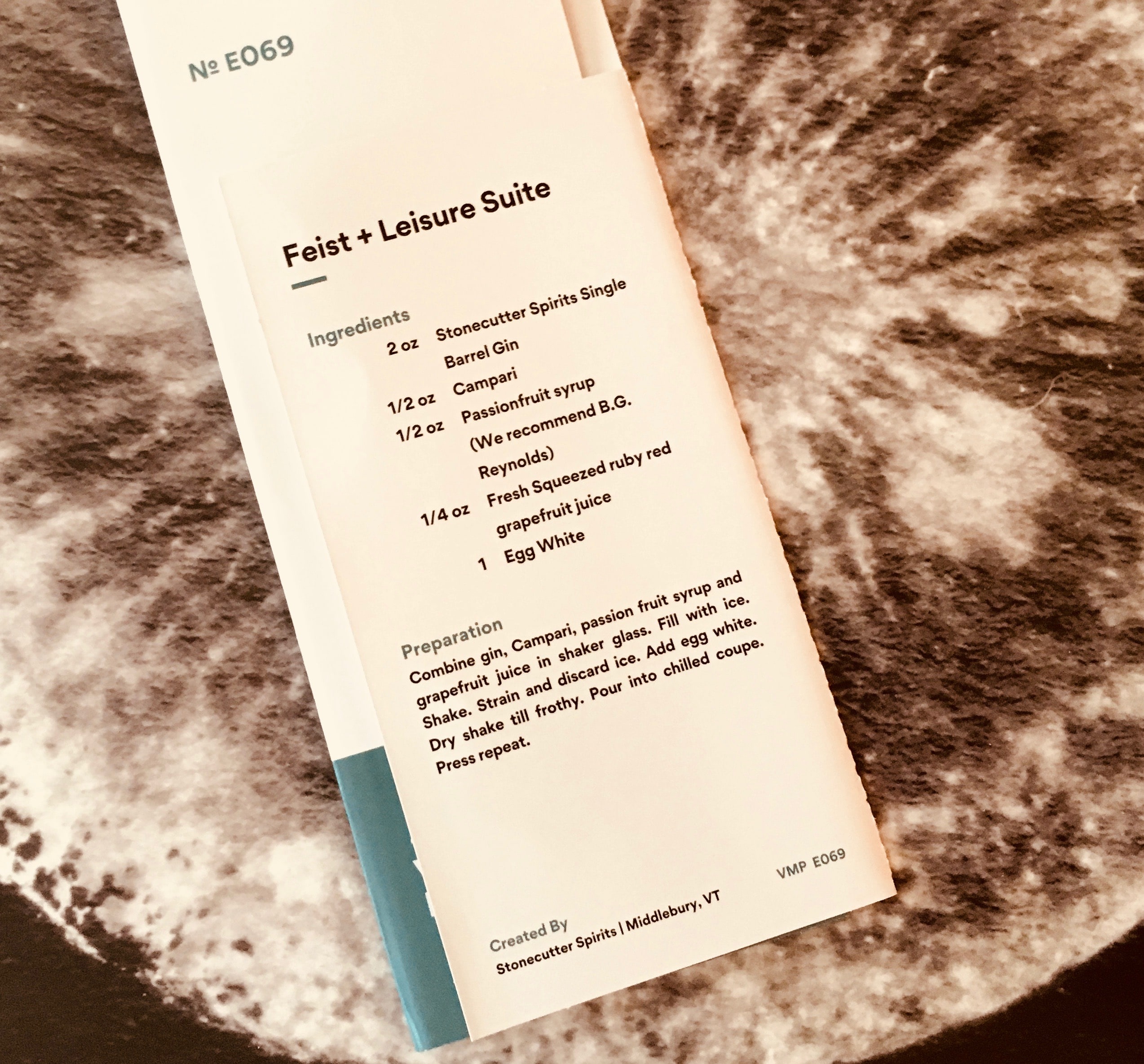 Keep digging and you’ll find this eye-catching, special edition art print inspired by the album. I’m not entirely sure what it is, but I like to think it depicts the pleasure centers of the brain that should be firing while you’re listening to Let It Die. Of course, if you want to reach out to the artist to find out for certain, you’ll find a little bit about him on the flip side of that print.

Now, before we get our fingers on the precious, precious vinyl inside, be sure to take a moment to admire that heavyweight, gatefold tip-on sleeve that’s protecting it. And be certain to read the story behind the album on the inside of that gatefold.

Ok, who’s ready to get a look at that record already? Me too. But not until you take a second to ogle the pretty pics and incisive lyrics printed on the inner dust sleeve.

And now (cue drumroll) let’s have a look at the oh so sexy vinyl inside.

You had better believe that translucent, seafoam is a sight to behold. And it’s certain to bring a tidal wave of emotion to any turntable.

How’s it sound? Like you spent the day wandering around a European city, popping in and out of every cafe/coffee shop you happen to pass, and made a playlist from the music you heard. Press play below if you want just a tiny taste of that gloriously nuanced playlist.

The central idea behind Vinyl Me, Please’s Essentials editions is to select albums that their team believes your record collection is simply incomplete without. The other concept is to ensure that they deliver the definitive pressing/release of the album selected. While I don’t always agree with VMP’s Essentials picks, Feist’s Let It Die sort of feels like a no brainer … even if I hadn’t listened to it (or even thought about it) for a few years now. As for this special edition pressing, well, it’s the very picture of “definitive.” And no, I really cannot imagine anyone will ever improve on it. I’d like to thank Team Vinyl Me, Please for reminding me what a glorious listening experience Let It Die is, and for making every month another musical adventure.

A big THANK YOU to our friends at Vinyl Me, Please for sponsoring this subscription. Don’t forget to check out the official Vinyl Me, Please website and sign up to get some choice wax delivered right to your door each and every month! Can’t wait to see what covet-worthy nugget they send our way for October!

Geocaching–The New Virtual Phenomenon for Families Who Love the Outdoors!