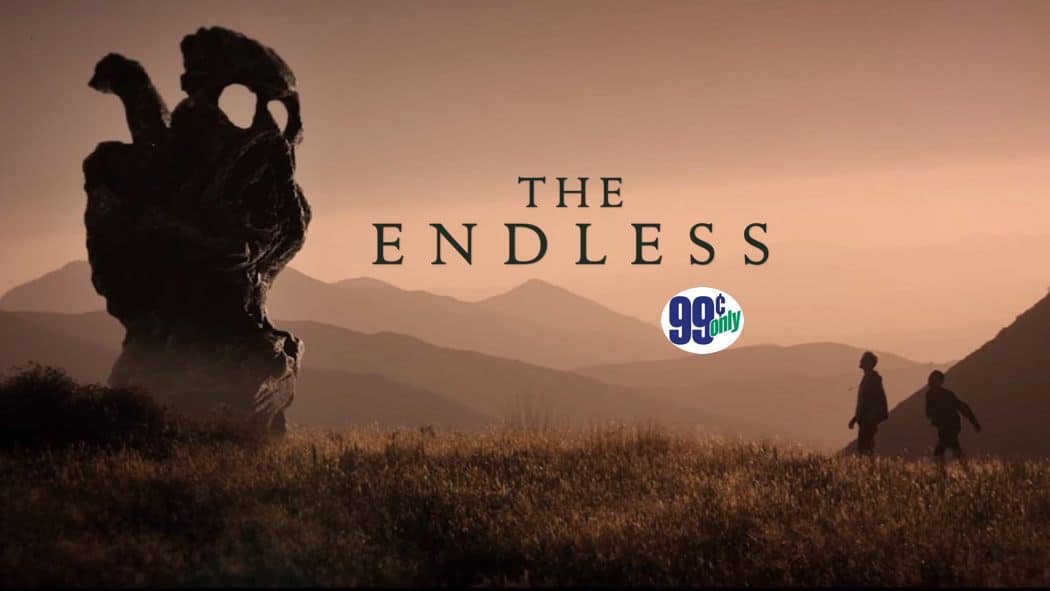 This week, two brothers confront their past, present, and future when they’re drawn back to the mysterious cult they escaped as youths in The Endless.

Who’s Ready for the Struggle?

A decade after they escaped from a supposed “UFO death cult,” Justin and Aaron are still struggling to readjust to a “normal” life. When a videotape turns up on their doorstep with a cryptic message from one of their old cult-mates, their fragile existence is shaken, but nothing can prepare them for what will happen when they decide to go back and say a final goodbye to their former “family.” Welcome to the weird, altogether wonderful world of Justin Benson’s and Aaron Moorhead’s eerie thriller The Endless.

There Is Something Bigger Than Us Out Here

Nothing can prepare you for what happens when they go back either. Quite frankly, there’s nothing that can quite prepare you for the immersive, unnerving experience that is The Endless. Simply put, it’s one of those rare genre films that so deftly embraces and defies genre that it all but births its own.

For the sake of not trying to give name to that new genre, I’ll simply say that The Endless deals mainly in the realms of sci-fi/horror/psychological thriller. I’ll say too that if Benson and Moorhead (who wrote, produced, directed, edited, shot, and starred in the film) had focused their eyes and energy on any one of those as the central genre at play in The Endless, they likely still would’ve made an excellent little indie film. That they simultaneously play in all with unbridled passion and confidence is what makes the film extraordinary.

It helps, of course, that the story Benson and Moorhead spin in The Endless is itself extraordinary. Regarding that story, trust me when I say the less you know about it the better. Even the tiny bit of info I gave in the synopsis feels like too much, but I can tell you that Benson and Moorhead take their time in telling their story, that they mine it for every ounce of drama they can while still squeezing out some inspired twist and turns, and they pump that narrative full of enough existential dread to make H.P. Lovecraft sweat.

That Lovecraft comparison is no joke by the way. Cloaked in an anxious, shadowy calm and propelled by an infinitely probing fear of the unknown, The Endless is as intricately detailed as a novel, and often feels like a direct descendant of the iconic horror scribe’s ghastly canon. Benson and Moorhead double down on the film’s boundless, bone-chilling energy with crisp, penetrating dialogue, compelling characters, breathtaking imagery, and an unnervingly subtle original score from Jimmy Lavalle (aka The Album Leaf). If you’re keeping track, a pedigree like that should make for one wildly satisfying cinematic experience full of genuine thrills and chills. And that’s exactly what The Endless is.

You bet. Look, I don’t want to get ahead of myself this early in the year, but at the moment I’m feeling pretty confident that The Endless will land a spot on my Best Films of 2018 list. It really is that good. If you give it a chance, I’m betting it’ll find a spot on yours too. At a cost of $0.99, you should be ashamed if you choose not to find that out for yourself. Also, if you’re down for a double feature, you might consider dropping another $3.99 to rent Benson and Moorhead’s manically mysterious 2014 romantic drama Spring. Trust me. Or just watch the trailer and decide for yourself.