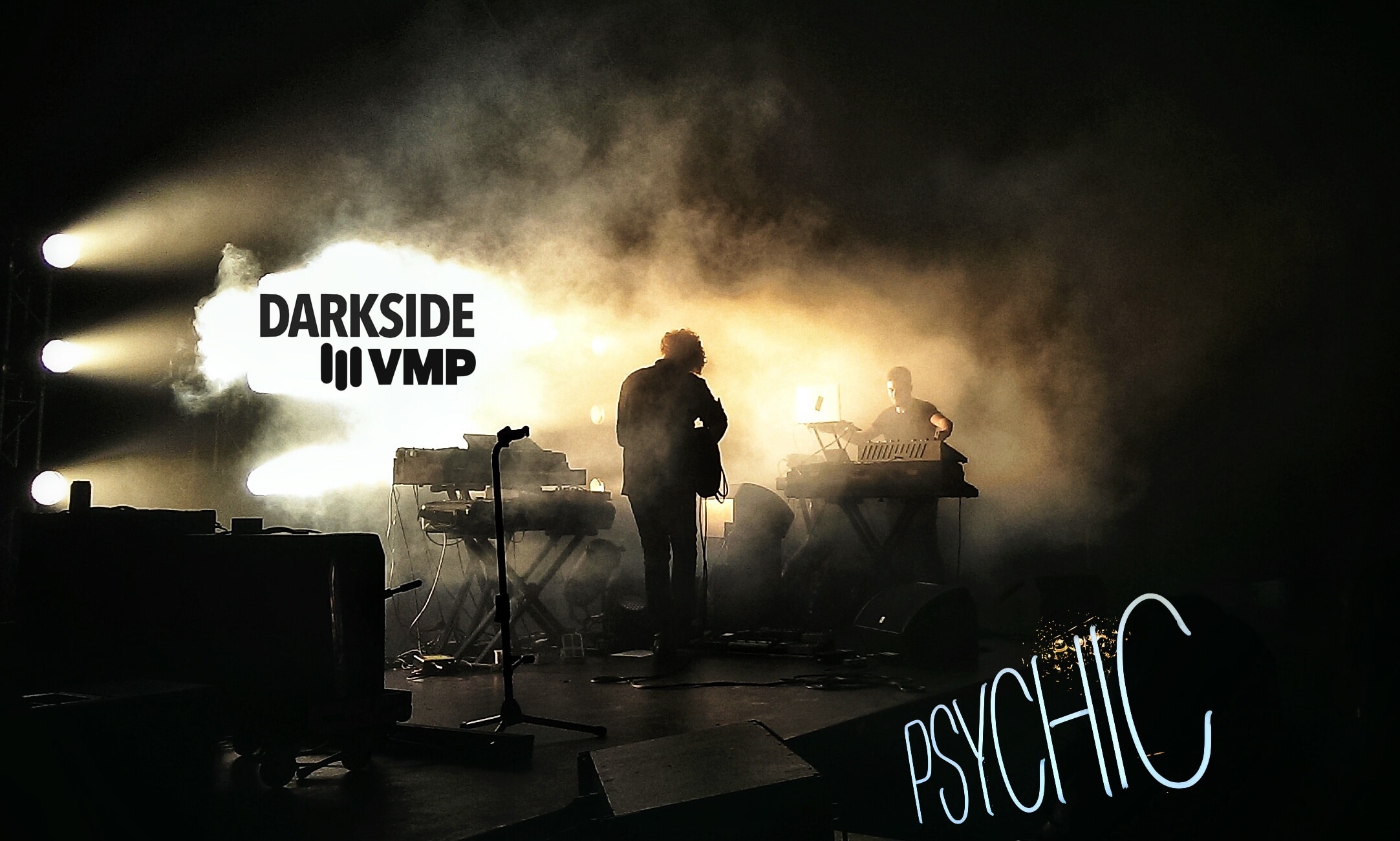 You’ll have membership privileges in the VMP store too, which means you can grab a copy of previous VMP selections from the archives – including their dazzling April reissue of M.I.A.’s lauded sophomore album Kala – not to mention a slate of super-limited releases pressed exclusively for Vinyl Me, Please. The store is open, and Team VMP are dropping fresh new selections to their stock every single week. Do not miss out.

Word to the wise, while the store is open to the public, most of the more covet-worthy stock is only available to subscribers. Members are privy to reduced “Members Pricing” as well, so joining the club definitely has its rewards. If you’re peckish about relinquishing control of your record collection to complete strangers, know that VMP’s Swaps Program is in full effect. That means you can flip any VMP pick you’re not interested in for a past AOM selection that’s a little more your speed (including picks from the Classics and Rap/Hip Hop tracks). My advice? Don’t overthink it. Do yourself a favor and sign up today.

What’s in the box for May? VMP is kicking the Summer of ’21 off with a low-key electronic gem in Darkside’s Psychic. Here’s a look.

For The Love Of Music, Please DO NOT BEND (or, how I learned to stop worrying and love the Darkside of electronic life)

If you’ve been regularly reading my unboxings of late, you know Vinyl Me, Please has been on a bit of a roll of in recent months. In fact, 2021 has more or less been a legit hit parade with killer releases from a wide range of genres including a country classic from John Prine, a modern hip-hop masterpiece form Kid Cudi, and a garage-rock banger from The Strokes. Yes, that’s as savvy a bit of genre-mixing as it seems, and just a hearty reminder of how well VMP mixes things up from one month to the next.

Even as great as the VMP gang is about keeping the genre train fresh, they do have a couple blindspots, most notably the realm of electronic music, which is rarely featured on the Essentials track. Thankfully, they helped remedy that minor oversight with May’s Essentials pick, and did so with one of the strongest electronic releases of the past decade in Darkside’s 2013 sonic stunner Psychic.

Now, if you have even a casual interest in electronic music, Psychic has no doubt been on your radar since its release back in 2013, if only because one half of the dynamic duo behind Darkside is Mr. Nicholas Jaar, who’s been one of the preeminent names on the scene for the last decade or so. Joining Jaar in Darkside is his touring guitarist Dave Harrington, who brings more than just slick guitar riffs to Psychic, playing more instruments on the album than I care to recount here.

Not surprisingly, the pair’s unexpectedly fruitful Psychic collaboration ultimately began on the road, with the Jaar and Harrington laying down their first tracks amid feverishly improvisational late night jam sessions designed to push the parameters of Jaar’s live shows into bold new territory. And bold new territory is exactly where the duo went, with their improvisational approach producing a something for everyone sound as steeped in slick beats, glitchy grooves, and dalliances of dance floor swagger as it is bluesy psychedelia.

That mix indeed make for one of the more enthralling/confounding full album listens the electronic genre has mustered of late. It also made Psychic a rare sort of musical beast as fit for a 3 am chill out spin as a foggy afternoon jog. Hell, it’ll even do for a little understated background noise in a proper office setting … assuming there’s another cool cat or two in the general vicinity of your cubicle.

Tasty grooves aside, I feel compelled to note one small issue with this otherwise glorious pressing if Psychic. And even if you’re unlikely to find a better looking, or better sounding pressing of this album (the 45 RPM, 2LP cut really giving the music the space it needs to breathe, that approach means you can only fit two tracks per side … which translates to a lot of flipping.

For a lot of single-friendly rock and hip hop albums, that’s considerably less of an issue. But as with pretty much every album of electronic music ever produced, Physic works best when you can sit back get lost in its infectious grooves via an uninterrupted listen. It’s obviously a bit harder to do that if you’re getting up every two songs to flip a disc.

Make no mistake, Physic undoubtedly benefits from an immersive, uninterrupted listening session. But it’s also an album that takes a kaleidoscopic approach in its construction, with Jaar and Harrington almost callously cutting and pasting genres together in service of a sonic tapestry that at times almost feels like it was designed to be discovered in pieces. And in an odd sort of way, that genre-swapping makes it difficult to not be fully engaged with Psychic throughout its 45-minute runtime … even when its indulging in ambient static better fit for sleepy time than an all-night rave. And yes, that remains true even if you’re getting up to flip discs a lot more than usual.

Psychic is an album that trades in deceptively minimalistic sounds and a shared sense of staring into sonic unknowns. So yeah, this seemingly simple crystal ball of a cover is about as fitting as it gets, if only because it’s a lot more intricate than it initially presents itself as. Ditto for the twisted neon offering on the back cover.

As always, don’t forget to check your sleeve for that oh-so important VMP Essentials stamp in the corner, lest you forget that Darkside’s Psychic is forever worthy of that coveted tag.

Before we go any further, I’d also like to re-direct you to the hype sticker affixed to this copy of Psychic too, as that’s where you’ll learn exactly what makes this pressing worthy of the Essentials stamp. And you’d better believe this one is boasting some impressive credentials.

By the way, Team VMP has really been jazzing up their swag game in recent months with a sticker design contest for its subscription base. To date, that contest has led to a few genuinely inspired creations, but this one from Hans Bennewitz really takes the cake. Rumor has it, there’s a VMP somewhere in there, though I’m not clever enough to spot it myself.

Once you’ve decided where best to stick that bad boy, you should also take a moment to check out the OBI strip cradling your album’s spine, ’cause there’s some true vital stats there, like the item’s Vinyl Me, Please catalogue number. Congrats to the Darkside gang for having their album selected to kick off a new century for VMP Essentials.

Flip that OBI over for an excerpt from this month’s listening companion that helps explain why Psychic made the cut as an Essentials pick.

As for that listening companion, you might recall they’ve supplanted VMP’s companion cocktail selections on the Essentials track, and frankly that track is all the better for it. And to those missing the album-inspired cocktail recipes, well, if you can’t figure out what to drink while your spinning records, you’re probably overthinking it. As it is, here’s a quick peak at the booklet for Darkside’s Psychic … featuring words by NY-based culture critic Arielle Gordon.

Thankfully, the fine folks at Vinyl Me, Please have not discontinued the album-inspired art print that comes with every Essentials pick, ’cause this foldout beauty from Jed DeMoss is truly a treat.

Now, who’s ready to finally have a look at that “Crystal Ball” vinyl inside the box? Too bad, ’cause I’m gonna make you look at the artistically adorned inner sleeves first. Trust me, they’re worth taking a moment to ogle.

And hey, if you don’t take a moment to ogle, you might not get to be wowed by just how many different instruments Nicholas Jaar and Dave Harrington actually played on Psychic.

Anyway, here’s a look at that “Crystal Ball” colored wax already … which is absolutely gorgeous by the way.

Rest assured, each of those discs are gonna radiate some seriously sexy sonic energy on your deck.

How do they sound? You ever have one of those days where you get home from work and you’re so exhausted and defeated by life that you know all you really need to level out a touch is some low-grade ambient mood music … only you’re far more in the mood for a little mid-tempo guitar rock, so you you play both simultaneously? Yeah, I’ve never done that either. But if I had, I’m pretty sure it would sound exactly like Darkside’s Psychic.

I was bemoaning the general lack of electronic music in the Vinyl Me, Please vaults earlier, but I also sort of understand why the VMP team doesn’t delve too often into the genre as it’s sort of an acquired taste. They have, however, done exceedingly well in knowing which albums to feature when the time comes to front some synthesized jams.

Even if Darkside’s Psychic admittedly isn’t the first record I would’ve chosen from the many vaunted back catalogues of electro-land, I freely acknowledge it’s as worthy of the Essentials treatment as any album I might’ve penciled in ahead of it. And please believe that from sleeve to wax and everything in between, this is as good as Psychic is ever gonna get for those who agree.

A big THANK YOU to our friends at Vinyl Me, Please for sponsoring this subscription. Don’t forget to check out the Vinyl Me, Please website and sign up to get some choice wax delivered right to your door each and every month! Be sure to check back next month when VMP Essentials goes full classic rock with a reissue of The Doors legendary, self-titled debut!