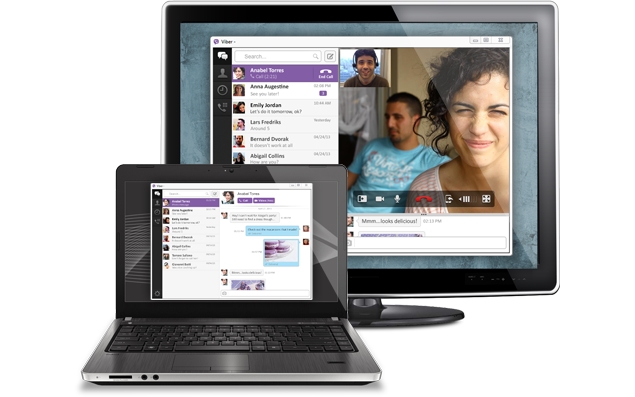 Viber, the cross-platform messaging and voIP app, has rolled out too many goodies all at once. The app now supports video calling. A new update pushed recently sports a new UI on its Android version. Viber Media has made significant changes to the look and feel of the app. Even better – it’s now available on the PC & Mac as well.

Viber 3.0 includes a “last online” status for contacts, 8 new languages, video messages, a more refined voice engine, and new stickers. The Android update also includes a patch for a security flaw in previous versions of the app that allowed anyone to bypass a smartphone’s lockscreen by using Viber. The new UI conforms to the Holo theme for Android, and makes for a more aesthetically pleasing experience.

The bigger news however, – is the launch of Viber on both Windows and OS X platforms. With Viber now available on the PC, users can log in to their Viber accounts from multiple devices, and have their chat history and data seamlessly synced across all their devices. Everything – from unread messages to deleted ones – are synced across devices to ensure consistency. To use the desktop application, however, you will need to have an existing Viber account on a mobile. Video calling too, is in beta mode, and currently only available on the PC versions. Smartphone are to support this feature shortly – to compensate, we get “video voicemail” – short video messages which we can send to other contacts. Viber can supposedly support up to 50 desktop devices.

You can even switch your calls from your desktop to your phone using the “Call transfer” button – without the call getting disconnected. When you receive a call or a message, all your registered devices will ring – and once you begin communication with any one of your devices, the rest are automatically muted – both for calls and messages. Since Blackberry encodes voice differently, Viber Media is also working on a separate update to Blackberry devices to support seamless call-switching between the desktop and Blackberry devices.

With a better voice engine in the new update, Viber CEO Talmon Marco says the app can now run calls smoothly at speeds as low as an astonishing 8Kbps. Viber can also switch from cellular data connections to Wi-Fi connections without any ongoing call interruptions.

With so many features rolled out in a single update, Viber has strengthened its position as a VoIP app, and if it didn’t already, it now has the calibre to now compete with the big guns like Whatsapp and Skype. It already has 200 million users, and reportedly adds up to 400,000 users daily. With desktop availability, it refines its uniqueness further.

Viber for Android can be downloaded from the Play Store here.

Viber for iOS can be downloaded from the App Store here.

The Mac version can be picked up here, while the Windows version is available here.