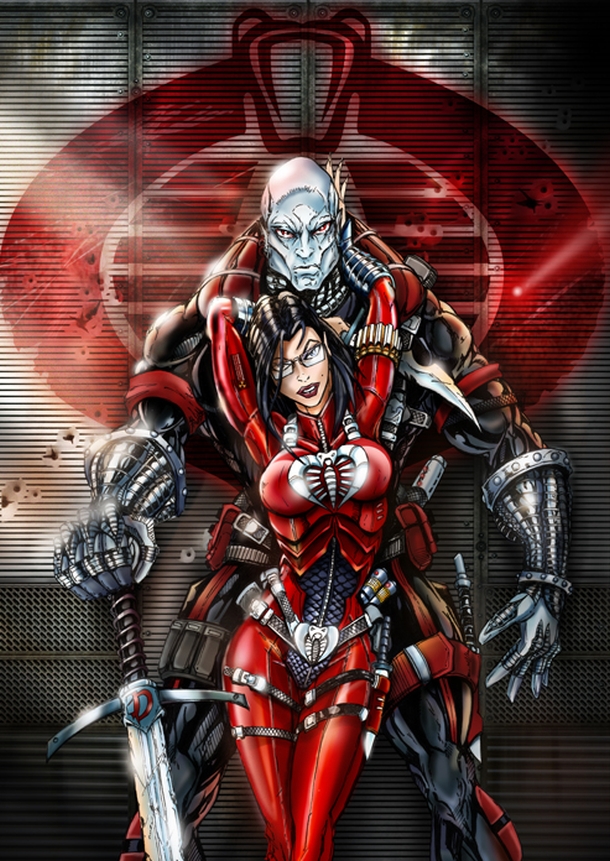 Given that her special figure was announced during the San Diego ComicCon sneak peek, it seems only fair to dedicate this week’s Undistressed Damsel to: The Baroness

Before there was 50 Shades of reasons to reel back from the name ‘Anastasia’ there was Anastasia Cisarovna AKA Anastasia De Cobray. Or, as most people know her- The Baroness.
Lara Croft may be the bad-ass aristocrat that we’ve all come to love, but The Baroness was here first and playing dirty. Depending on the story arc you follow, she started down her life of crime after Snake Eyes was framed for the death of her brother. But when she found out she’d be deceived? She kept being bad because she liked it that way.

Please, don’t mistake her as the good girl forced to go bad by itty-bitty machines. That was something that happened in a Hollywood movie, obviously was set in one of those ‘alternate’ universes where liking a girl a whole heap makes them not be tired/sick/swans/evil villains any more. 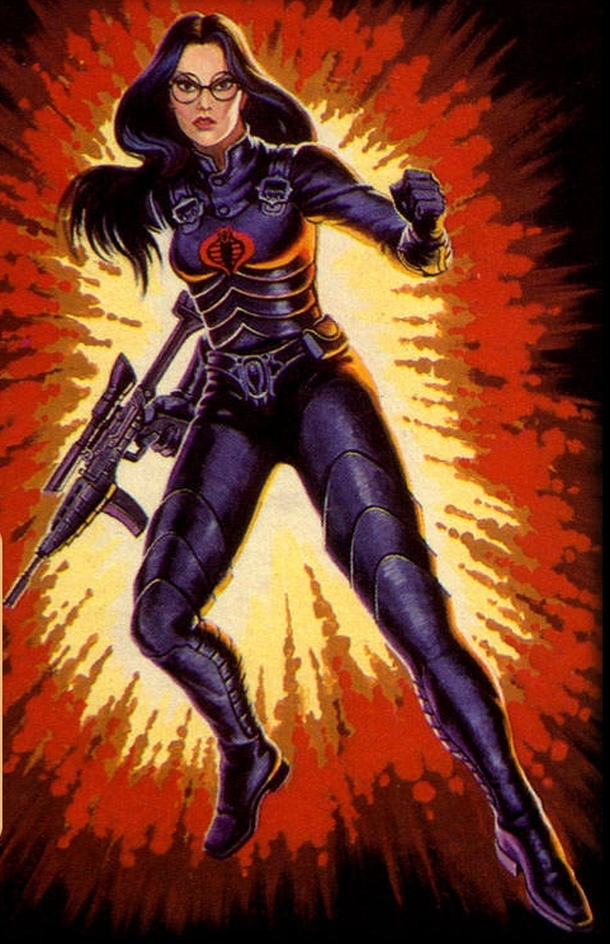 The Baroness that we saw in the movie, is an imposter. Everyone knows that the real Baroness isn’t someone who swoons the moment someone with a jaw you could break bricks on, flashes her a smile. She might pretend to swoon, but that’s only so she can steal the guy’s gun and force him to hand over the top secret codes, so she can run the world.

The Baroness is not a ‘good girl’. The Baroness is a woman with a mission and doesn’t let anyone or anything, get in her way. Even though she’s often seen working with Destro and has feelings for him, she’d cut him loose in a second if she thought it would help her get to her end goal. And to prove the point, she has.

If she were going for a job interview at the Institute of Bad, her CV would get her the CEO position. She’s a femme fatale, mistress of disguise and I think she shot Lady Jaye in the head once. If there was a glass ceiling in Cobra, she rat-a-tat-tatted it out of existence and has even led Cobra a few times.

The other cool thing about The Baroness is her complete lack of body image problems. Anyone who wears that much PVC must be incredibly body confident, which as we all know, is incredibly attractive in an individual. But it doesn’t stop with the PVC, she wears glasses. Sure, she can probably get laser surgery, but does she? No, because she likes her glasses. Also, not sure anyone would have the guts to call her four eyes. She would shoot them. She might shoot them anyway.

Plus, anyone who’s against those self entitled Joe jerks is alright in my books.