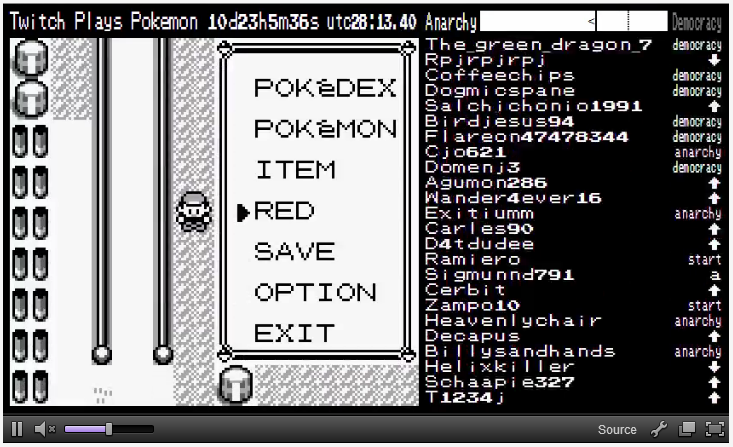 If you’ve been on the internet at all in the last week, you’ve probably heard about Twitch Plays Pokemon. Previously this month TwitchTV, an online streaming platform used primarily for Let’s Plays and live game footage, began hosting their noble experiment, Twitch Plays Pokemon Red and Blue. Having been likened to “the proverbial infinite Mankeys writing Shakespeare,” Twitch Plays Pokemon allows all 100,000+ chat participants to control the player character through an IRC chat robot via typed button commands (“down,” “a,” “b,” “start,” etc.) all at the same time. The goal? To see how long it takes the internet hive-mind to beat the Elite Four in Pokemon. Or possibly to watch the Pokemon World burn. The over 100,000 players seem to have some disagreement on that.

The project began with the official stream of the Gen I game Pokemon Red, with the spin-off of Pokemon Blue following on a different channel. The Pokemon Red stream, which began on February 12th, has been by far the most popular, gaining mass-attention on Reddit, Tumblr, and other social media sites and hosting upwards of 100,000 players at one time. Pokemon Blue, which has garnered a significantly smaller population of players, no more than 1000 at a time, was completed on February 22nd, after 173 hours of play. The Pokemon Blue stream has now been converted into a stream of the Gen II Pokemon game, Pokemon Gold.

Perhaps more impressive than the collaborative efforts of the players to beat the game is the metagame elements that have sprung up around them, especially with the Pokemon Red stream. What started off as an experiment just for fun quickly turned into tens of thousands of players coming together to provide gaming strategy, achievement and progress tracking (Red Log | Blue Log), fanart, and even a metagame religion. As more and more people began to flow into the stream, bringing with them differing ideologies on how to proceed in the game, a schism in the player-base formed. This expanded the metagame’s religious mythology to include a “false prophet” Flareon responsible for leading players astray from the correct path of gaming strategy, who has been held responsible for the release of the players’ starter Pokemon (“Abby” the Charmeleon, and others), and general chaos in the form of setbacks in the game’s progress. 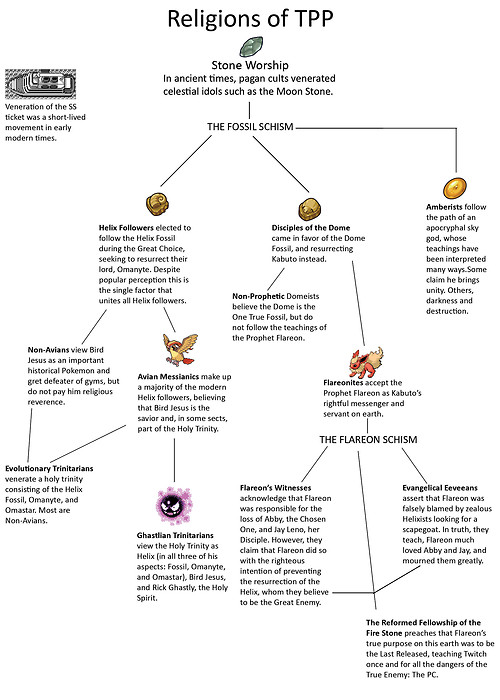 The influx of players and loss of control or goal consensus also created a political schism between those who believe the best way to succeed is through adhering to the submitted commands of the majority– those favoring a player democracy– and those who believe playing by consensus will destroy the point of the experience– those who favor anarchy. The stream has been set up so that players can now vote for which form of play they prefer. If either votes for “anarchy” or votes for “democracy” reach 75% of incoming votes, the game will switch to that mode of play. As a result, it’s caused many discussions about not only the point of the play-through (is it to beat the game or to enjoy the experience? Are the two stances mutually exclusive?) but also about how the resulting play-style debate in Twitch Plays Pokemon reflects on  any given population’s ability to self-govern.

The game’s creator, an Australian programmer who has requested to keep his identity anonymous, was originally inspired to create this “social experiment” by the interactive nature of SaltyBet, another live-gaming stream which allows players to place bets with the fake currency “Salty Bucks” on participants in competitive video game events that are broadcast live. The stream’s creator has admitted to choosing Pokemon Red as the game of choice for the experiment mainly on nostalgia value, but also in part due to the “forgiving” and turn-based nature of game play, citing that a game with a more complex play strategy would have needed a more complex way of letting players input commands. 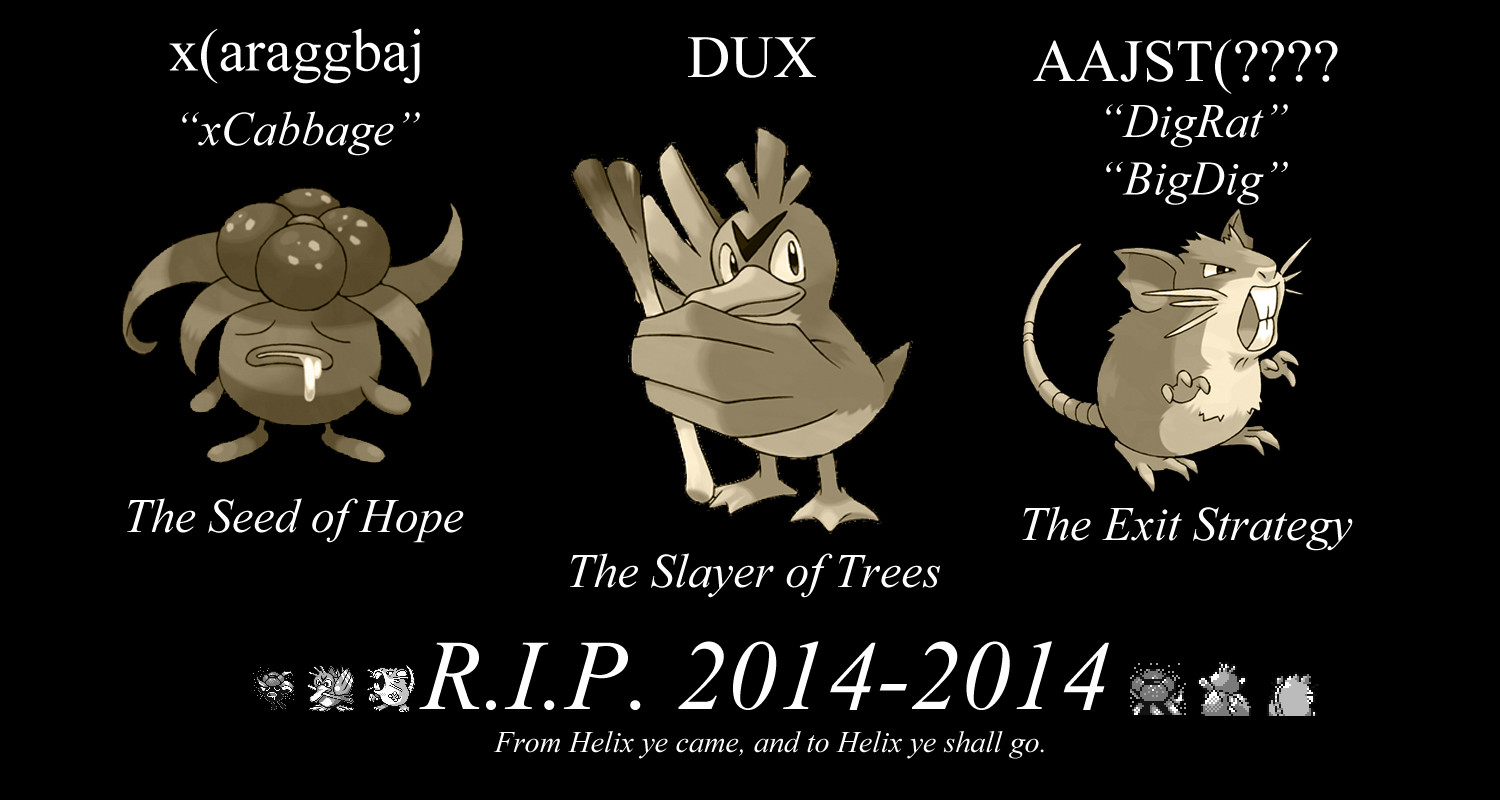 Since the creation of the Twitch Plays Pokemon Red stream, several other streams with similar mass-player input style game play have cropped up. Among them are Twitch Plays Tetris, Twitch Plays Super Mario Bros., and Random Number Generator Plays Pokemon Crystal, in which commands aren’t input by players in the chat but instead by a random number generator which gives the player character commands. The vice-president of TwitchTV, Matthew DiPietro, has been impressed with the popularity of Twitch Plays Pokemon Red and the resulting streams inspired by it, considering it “proof of concept” for the mass-player input style of video game on Twitch. “This is one more example of how video games have become a platform for entertainment and creativity that extends WAY beyond the original intent of the game creator,” he told GameSpot. “By merging a video game, live video and a participatory experience, the broadcaster has created an entertainment hybrid custom made for the Twitch community.”

Do you play to win or for the love of the game? Anarchy or Democracy? Have you accepted Lord Helix as your personal poke-savior? Declare your faction in the comments!