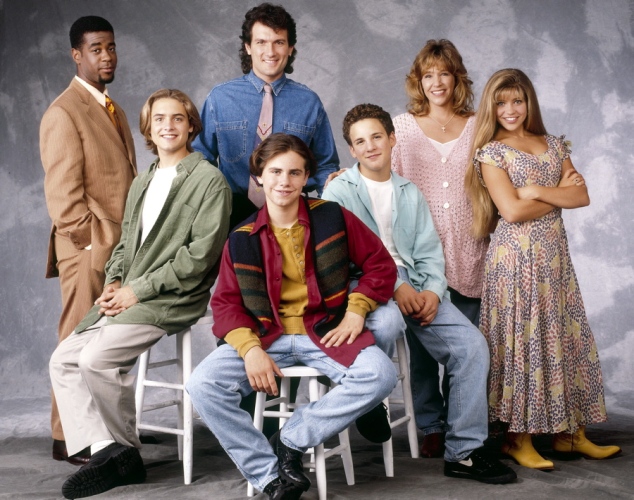 Netflix has been catching a lot of flack these days for their recent lack of content, and understandably so. Even with the hundreds of titles available at any given moment, there is always something missing for someone out there. This on demand service has transformed the way we watch everything from blockbuster hits to little known television series. But even something as groundbreaking as Netflix has it’s setbacks and flaws. There is the issue of handling media licenses and rotating content.

They’ll be there for you, but not quite yet. The first episode premiered on television September 22, 1994 and here we are 20 years later when to watch the show we have to either own the DVD’s or DVR the daily reruns. Not so on demand, is it? Hopefully soon we will be able to see our favorite group of besties with the click of a button. Once Friends is added to this list though, you better believe that fans will flock to Netflix for some quality binge time.

For seven years we watched Lorelai and Rory battle through the trials and tribulations of life as a female in the Gilmore clan, and although ABC Family has been kind enough to share these adventures in syndication, if you don’t have a DVR you’re out of luck. The episodes mostly run on weekday afternoons when we are all at work or in class. So, here we are again. Only the fortunate DVD owners area able to view this show whenever they please. Although it may not seem like it, there are Gilmore Girls fans at every corner, and I’m sure they would come out of hiding if the people at Netflix were to come to their senses and figure out a way to include this title in their library.

With a 2014 release set for the sequel series, Boy Meets World surely made a gigantic impact on family television during it’s run from 1993 to 2000. We watch as Cory grows from a curly headed boy with a heart of gold to a curly headed man with plenty of issues but the best of support systems. We all wanted our parents to be more like the Matthews parents, and we still want a love like Cory and Tapanga’s. Hopefully when the next chapter of the story premieres on the Disney channel, Netflix will think about adopting the original series.

Now, here is a show that I have never seen but would love to catch up on now that the feature film is only weeks away from premiere in theaters. With Kristen Bell’s rising star continuing to rise, I’d like to look back at her earlier work as well as relish in her current cuteness. Also, a badass mystery solving lady cracking witty jokes and running around in all of her badassery glory sounds too good to be true.

Netflix may have broken the seal for on demand visual entertainment, but if they don’t adapt and adjust to their viewers needs someone new may show up to the party. Let’s hope that these new changes in their gameplan keep themselves alive, though. I’m a fan of Netflix and hope that they only improve and age like a fine wine.  Until then, I will continue to keep Scrubs or Mind of a Chef on loop, and happily.