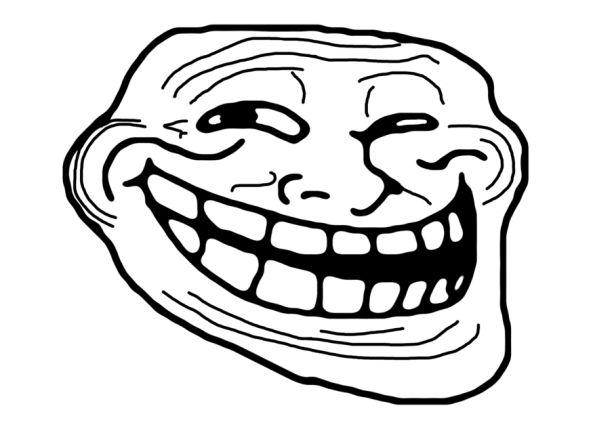 In light of the Huffington Post jumping on the band wagon of making users verify who they are (and possibly making them sign their comments with their own name), we’re seeing a shift in how the Internet works. With trolls a major pest problem, requiring people to use their real names seems like the most logical thing to do.

So, the Internet land should just adopt the “you have to use your real name” as a policy and everything will be sunshine and power ups, right?

Blizzard suggested that once. There was nerd rage of epic proportions.

It’s the one thing that trolls and people with brains have in common when it comes to the Internet. We value security, even in a fabricated form, because it means that we can venture into the dangerous landscape of the Internet (which is filled with strangers and viruses) knowing that we’re protected.

Anonymity gives us part of that security.

I’m not talking the “But they’re stealing all my bank account details up!” style security. Though, that’s certainly something to take into consideration.

A personal example (that would be so much juicier if my real name wasn’t attached to this article):

The amount of times I will comment on something, on Facebook, now that they have the whole “THIS PERSON COMMENTED ON A PAGE, YOU GUYS!” is about 1 in every 100. This is mainly because the things I’m interested in and support, can run contrary to the things my friends and family support. We ‘debate’ (or yell loudly) at one another enough about our differences. It’s not the worth the hassle, just to connect with people in a group or Page on Facebook. So I don’t bother.

That’s sad. The great thing about the Internet, is that it lets us reach out across space and time and talk to people who are in the same situation as us. You know how it feels, when you’re on a forum or in the comment’s section and someone from the other side of the world shares an experience that is so much like something you went through. You feel that ‘click’. You feel less alone.

Back in the old days (I say, as I grab my walking stick and yell vowels while trying to get up), the online personas we created were the ‘us’ that we wanted to put out there in the world. Of course, it helped trolls and cons be whoever they wanted to be. But the majority of people who use ‘screen names’ aren’t hiding who they are. Yeah, we might say something that’s not right. Part of being on the Internet (and life in general) is not always being right and then learning from your experiences. Some of the best life lessons I’ve received, have come from people who use screen names. (Unsure what that says about my life lessons….)

How many people won’t bother sharing their stories because they don’t feel secure using their own names? Because they felt much more protected with the shield of their screen name?

This won’t ‘stop’ anything, but the voices of people who don’t want the problems that comes from sharing their real name on the Internet. Those problems can be as minor as having to get the courage to speak under their own names, after years of being comfortable under a screen name that they think better suits who they really are, to as major as real life stalking and/or persecution.

And for what reason? Because it will apparently ‘stop’ trolls.

Couldn’t we just make up fake names and be heroes of the Internet combating the fake name trolls?

Yes, padwan, we could. But to make up a fake name, that people don’t know is fake, feels dishonest to me. A troll may not care about it, but I can’t go honey badger on misrepresenting myself. I’m not inclined to smudge my moral line just because a troll decided to exist badly in the world.

There has to be a better way, a better solution, to the issue of trolls than just requiring names that you can’t be sure are real anyway.

Feel free to tell us what you think about having to use real names in comments sections. Will it stop debate and discourse? Or just make it more civil?