How to Train Your Dragon 2 – Movie Review 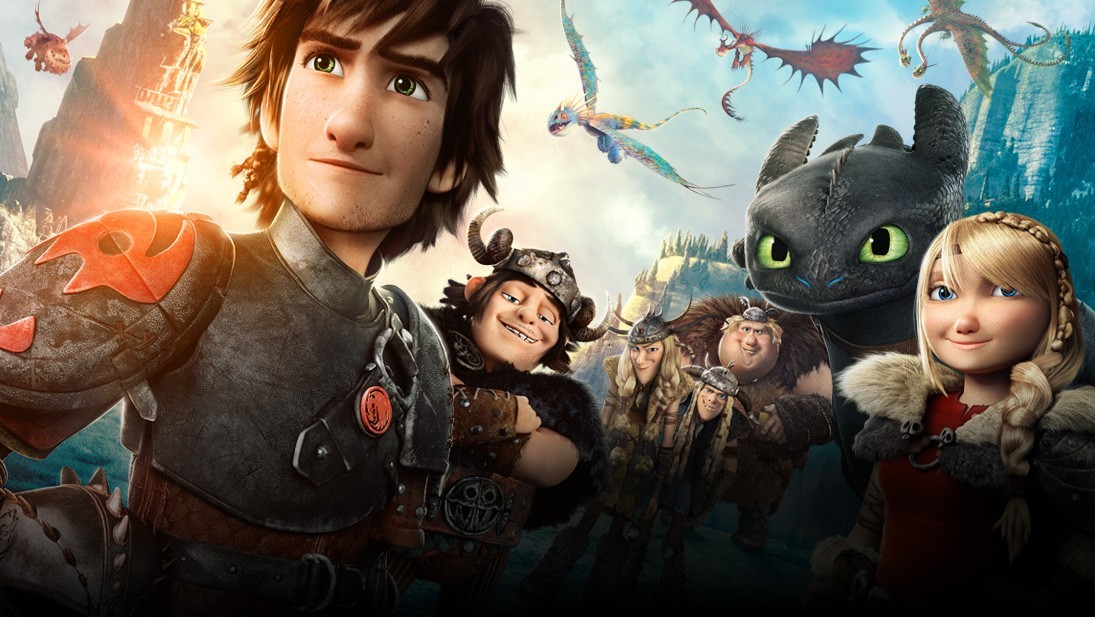 How to Train Your Dragon 2 was definitely one of the best movies that I’ve seen in recent memory. While not without its flaws, it had excellent character development, exciting action scenes, and multiple tear jerking moments.

The film takes place five years after the first one, and all the whole cast has returned, as well as a few new primary and secondary characters. The main characters from the last film have all matured, though Hiccup had the biggest visual makeover and went all Neville Longbottom on us, becoming downright handsome and powerful in his own right. Astrid has switched her favorite color from blue to red, the twins are taller, though no less twisted and disturbing, Snotlout is a beefier version of the original, and Fishlegs seems to have grown as much horizontally as he has vertically.  Even Stoic shows some signs of aging with a significant amount of white showing up in his beard. He still hasn’t learned how to listen, though, and he still treats Hiccup like a child at times, both of which are major themes throughout the film. The Isle of Berk has grown up, too. Dragons have moved in and made themselves at home, and the Vikings have welcomed them with open arms. Hiccups hand is seen in more than one place around the village, from fire prevention systems to roosts to dragon cleaning stations. The whole town has received a dragon friendly upgrade, much to everyone’s delight. Additionally, since they no longer have to worry about dragons making off with their sheep or burning down their buildings, the Vikings have apparently discovered leisure time, inventing sports like dragon racing and the like.

Additionally, a number of new characters have been introduced. Valka, Hiccup’s mother and dragon vigilante is the most significant addition. Carried off when Hiccup was just a few months old, Valka has lived the last twenty years among feral dragons and has become so comfortable around them that she’s almost forgotten how to interact with people. Whenever she’s on screen she has a sense of wildness about her, even when she doesn’t have her unique dragonriding costume on.

The main villain of the film, Drago Bloodfist, is no less imposing, but instead of being simply wild, like Valka, Drago is very clearly insane; he’s power hungry, ruthless, and completely unafraid of anything. He’s an interesting foil character to Hiccup for a number of reasons, which only makes him that much more compelling. Where Hiccup is thin and lithe, Drago is a walking wall of muscle, and where Hiccup would like nothing more than to shirk the responsibility of being Chief, Drago has an insatiable thirst to rule everyone and everything. There are even more similarities, but for the sake of spoilers, I won’t go into them. Needless to say, though, for the relatively small amount of screen time that Drago has, he makes for an excellent villain.

While the story itself is wonderful, but it does have a number of problems with a fair number of plot holes and pacing issues. On more than one occasion I wondered how long a particular scene was going to drag on, only for the film to suddenly jump to something that had little or no relevance to what was happening before. This is mainly because the film tries to be in to many places at once, following the main characters as they all play their roles throughout the film.

On the bright side, the film steered clear of the usual tropes and cliches that sequels usually trip over, such as awkward love triangles or unnecessary drama. Hiccup and Astrid appear to be in a healthy, happy relationship, and the spark between Stoic and Valka is quickly rekindled. Stoic and Valka even sing a musical number together, which is one of the most adorable sections of the movie.

The absolute best part of the movie, though, was that it didn’t pull any punches. I won’t go into any details here, for fear of spoilers, but everything that happens in the movie has real, permanent implications, and the heroes lose on multiple occasions. It’s incredibly refreshing to see a filmmaker with respect for heavy issues like death, betrayal, and fighting overwhelming odds, especially since so many movies, like Star Trek: Into Darkness, are more like overly long TV episodes where everything goes back to the status quo at the end of the film.

All in all, I highly recommend the film. While the pacing was outright horrible, the compelling characters, the wonderful humor, and the epic story more than make up for it.

Behind the Scenes: Comics with Rashad Doucet