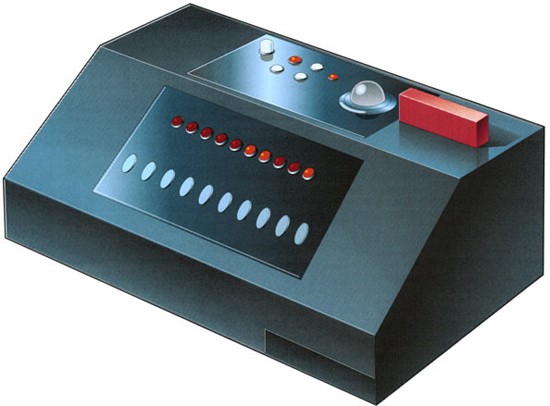 When I watch the original Star Trek with kids who are watching it for the first time, they get a good giggle out of the show’s tech. However, they don’t really realize that the majority of technology aboard the Enterprise wasn’t actually around during the filming. They don’t realize that WiFi, Bluetooth headsets, biometric scanning, and even sliding doors were not a reality! This makes me realize my own bias as a Millenial. It can be difficult to tell what technologies we take for granted so this article is half amazing technological innovations, half interview with my mother and grandmother about modern day technologies (plucked right from Star Trek’s early days) that they thought would never be possible! 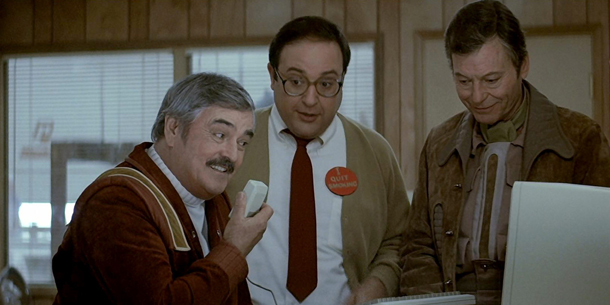 Firstly, the single most amazing thing according to my grandmother is video chat! When I made my list of what amazed me, video chat didn’t even enter my mind. As a young gal, she thought the concept of Dick Tracy’s wrist radio was cool. Now she can’t get over how easy it is, not just to talk, but to SEE family on the other side of the continent while they’re having a conversation (and it’s cheaper than long distance phone calls, for the most part). This comes from a woman who’s had a computer since they’ve fit on a desk and is the only lady at her dominoes game who has a cell phone and a tablet.

My mother, on the other hand, thought of the sliding doors first. Every room, every hallway, has automatic sliding doors! Perhaps her appreciation for this is because she is a nurse; automatic doors means nobody is spreading their gross germs via doorknobs. Sliding doors were actually invented pre-Star Trek, but they certainly weren’t as prevalent as they are today. (Horton Automatics started selling them in 1960, so the concept was definitely around.) Readily available and affordable automatic sliding doors would have spared a lot of headaches on the Enterprise. Stage hands were tasked with opening the doors manually, but sometimes forgot. The poor actors, who had to walk toward doors with absolute confidence, often ended up smashing into them.

One of my favourite Star Trek technologies is from the fourth movie: Transparent Aluminium! If you aren’t excited about aluminum oxynitride (ALON for short), let me inform you of how awesome it’s discovery is. Transparent aluminium is so strong that it can’t be penetrated by a .50 caliber round which can normally take out a lightly armored vehicle from more than a mile away! It could also destroy a parked aircraft, according to HowStuffWorks’ science department. Despite its toughness, it is half as heavy and half as thick as bullet-proof glass. HALF!

I would be remiss not to discuss real-life Star Trek technology without mentioning cell phones. Especially taking into consideration the popularity and rapid advancement in our mobile technology. Martin Cooper, the inventor of the modern day cell phone, has credited Star Trek with inspiring him! Star Trek’s original communicators seem sort of old fashioned next to our smart phones. Most phones now contain GPS too, another Star Trek tech that is used today. Sadly, our cell phones haven’t quite mastered subspace transmissions or violating the laws of physics required to communicate instantly between massive distances. Curiosity takes 14 minutes to send a signal from Mars- not exactly Walkie Talkie speed.

Check out this interview with Martin Cooper!
[youtube https://www.youtube.com/watch?v=wN-_VA5HFwM]

One technology that is very close, but not quite is the medical tricorder. There are several teams currently competing to create the best functioning tricorder for the X Prize right now! In Star Trek, the tricorder can scan a patient and collect information to help the doctor make a diagnoses. Of course, without the geological and meteorological functions, it’s just a unicorder. However, we have geological and meteorological scanning devices already, so the handheld medical scanner is the last step. Once it is functional, the Tricorder will be that much closer to reality–at least closer to reality than the Doctor’s counterpart: the sonic screwdriver, which apparently functions via T.A.R.D.I.S magic.

One overlooked Star Trek technology is portable file storage. In the original series, they had colourful blocks that they shoved into consoles, but now we have DVDs, Cds, SD cards, and USB flash drives, not to mention Cloud storage. I have electronic versions of my most important documents backed up on a USB in a fireproof safe. It’s not paranoia, it’s just too easy to not to do it! You can even have file storage in your favourite jewelry! Sadly, I can’t seem to find a replica “ugly red brick” USB drive.

The future is now, people. Every morning, we wake up to our touchscreen smart phone alarms. We get our Earl Grey (hot) or coffee from our instant touch screen brewers. We read the news on our tablets, talk to our snowbirding parents with Facetime, and our digital assistant, Siri, reminds us of an important meeting in a couple hours. We might not have food replicators or magical artificial gravity fields on the Space Station, but I think the Star Trek technologies we do have are pretty amazing.