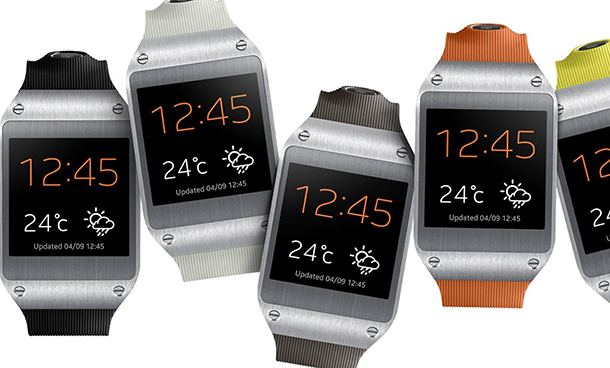 It would be accurate to say that when Samsung announced the Samsung Galaxy Gear, a wrist-mounted accessory for their range of Galaxy smartphones, I was really not impressed. Offering restricted compatibility, limited functionality and a hefty price tag of $300, it seemed set to be an expensive failure. Two months down the line, contradictory signals abound, with some stories sayings it has sold relatively well. How is it actually faring, and why?

Some early adopters praised the Galaxy Gear, but not too many. To say it was met with a frosty reception would be putting it lightly. Many reviews stopped just short of panning it, viewing it as an unworthy prototype. Last month a document was leaked with information on roll out dates and a note that “within Best Buy […] the overall return rate [was] trending above 30%.” David Eun, Samsung EVP, even openly described the Galaxy Gear as “a 1.0 device,” suggesting, it seems, that consumers should wait for future versions.

With such a thick aura of negativity surrounding it, the claims that it has done better than expected are rather surprising, even considering that it has been offered in bundles with the Galaxy Note 3. Samsung have done an amazing job selling phones, but could they really have defied the predictions to this extent in this case?

Regardless of the appeal of the Galaxy Gear specifically, more so-called “smart watches” are on the way. Google is expected to weigh in with an offering of its own at some point, and they tend to make fairly good choices (leaving aside Google+) so there is clearly money to be made.

To better understand it, we might contemplate the long-standing and broad popularity of high-end and gimmicky watches. Regular watches have been, and continue to be, status symbols, with the wealthy among us paying through the nose for timepieces with no more functionality than cheap digital watches. More recently, “gadget” watches have become popular, often displaying the time abstractly in order to make some kind of statement. Consider this, just one of many articles out there about gadget watches being “small works of art” and “the ultimate conversation starters.”

Charging so much for what was hoped to be a style icon may seem odd to many smartphone wielders who are used to judging their electronic devices on merit, but it would be disingenuous to suggest that there is no precedent for it. $300 seems like a huge amount to me, but upwardly-mobile business leaders might see this kind of gadget as just the thing to help them look good in meetings.

We’ve looked at reasons why the Galaxy Gear seemed likely to be a flop, but conceded that there is absolutely a market for such devices, one that is more concerned with style than substance. What has the evidence suggested thus far? Unfortunately, it is somewhat difficult to tell, due to a mess of vague or conflicting information.

Some sites had suggested that only 50,000 units had been sold worldwide, which would have been disastrous. The stories I mentioned at the beginning, however, have quoted Samsung as saying that they have sold 800,000 Galaxy Gears in the two months since it was launched, which sounds fairly impressive. However, as per The Verge, “Samsung Korea has confirmed […] that the figure relates to shipments as originally reported by Yonhap [a Korean publication],” meaning the 800,000 units had gone to retailers but not necessarily been sold. Furthermore, they note that Korean press has mentioned sales rates supporting the clarification that the 50,000 unit figure referred solely to sales in South Korea.

We won’t know exactly what’s going on with sales until Samsung release more details, perhaps a quarterly financial report or something similar. Still, that they haven’t said more is a fairly good indication that the results haven’t exceeded or even met their projections. I’m not saying that the Galaxy Gear is dead in the water, but in its current form its success (or lack thereof) is and will always be greatly subject to the publicity it receives. After all, I don’t imagine even the staunchest Samsung supporter would want to risk being seen wearing a style-based product without a strong trend behind it.

If Samsung can find some decent figures of which to boast in the upcoming months, and perhaps arrange some worthwhile endorsements, they can still make a modest success of the Galaxy Gear and set things up adequately for its inevitable successors. They will have a lot of competition by the time those are released, though, so they need to get their act together quickly.