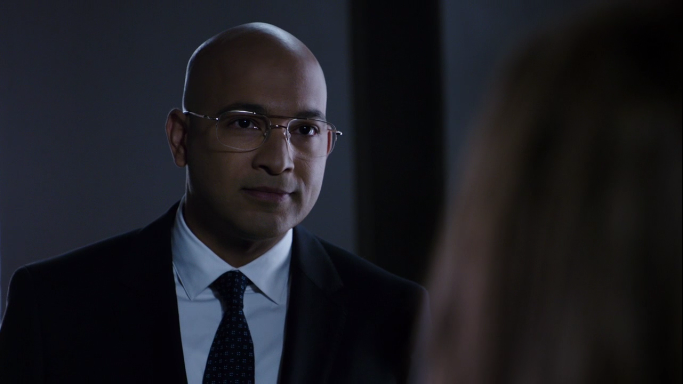 Warning: This article contains spoilers for the series as a whole, potential spoilers for other Marvel MCU films (including Captain America 2: The Winter Soldier), and a link to TV Tropes.

When the show is purposefully built to be a TV tie-in to Marvel’s successful new Cinematic Universe, it would hardly be unexpected that Agents of SHIELD is chock-full of references and allusions to the films and the comics that inspired them. Still, referencing Marvel’s big movies and tying them all together is not the only task the show has on its shoulders. While the movies draw the audience and rack in the money to keep the MCU going, Agents accomplishes a less-flashy but equally necessary goal: world building.

The universe (or multiple universes) of Marvel comics is huge, its canon lush and tangled, and Agents by the nature of its medium can introduce more super-heroic setting elements in one hour than any full-length motion picture can (even with the inevitable stinger and multiple sequels).  And, with more and more of the MCU movies sharing plot elements, getting the more casual Marvel fan keyed in to the bigger picture will be paramount to the success of the franchise as it continues. Luckily, Team Coulson is good at what they do. Here are five of the best world-building moments in the series so far.

“The Hub” was a good episode for world-building all around. It took Team Coulson away from the Bus and began really presenting SHIELD as a large, bureaucratic government agency of occasionally questionable morality. SHIELD’s job is to investigate and protect civilians from threats both super and mundane– but not everyone in SHIELD is a good guy, and even the good guys can occasionally do little evils for the greater good as Skye teaches Jemma to do.

Of course, this isn’t Agent Sitwell’s first MCU rodeo. He was present in the MCU comics I Am Ironman! and Fury’s Big Week, as well as being  one of the agents who accompanied Coulson (and Barton) to collect Mjolnir and confiscate Eric Selvig’s equipment in Thor. Heck, he’s even on the Helicarrier in The Avengers (watch carefully). With Coulson being tied up with his own team/”being dead,” he’s also prepped to be “the other Coulson” in terms of being SHIELD’s representative for the upcoming film Captain America: The Winter Soldier. Introducing him here is a good way to make his face familiar to audiences before his reappearance in the new movie. (Who knows: maybe he’ll eventually become Fury’s temporary replacement as Director, like he did in the comics.)

While not necessarily introducing a new element to the MCU, Coulson’s fondness for antiques and collectibles has come in handy several times. His attachment to SHIELD’s history, as well as the history of the Marvel Cinematic Universe, is what has allowed him to bring together not only his own agents but also the Avengers. (Those cards will never be mint condition again.) His car, Lola, is especially a nice bit of callback to the development of SHIELD, as well as tying in both Tony Stark and Steve Rogers’ history to the show.

What, you don’t recognize her? Lola was the “flying car” Howard Stark previewed at the Stark Expo in Captain America, with the bugs fixed. 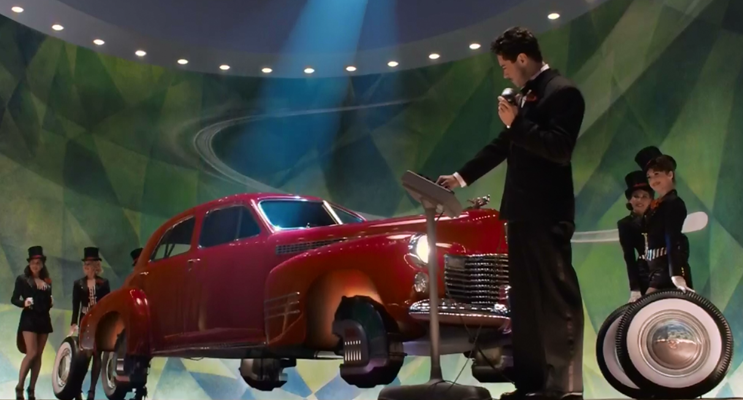 While normally the term “getting fridged” in comics would refer to someone close to a hero being killed or tortured in order to mess with the hero, in the Marvel canon it can now take a different meaning. Specifically, being sent to the Fridge– a super secure SHIELD detainment and storage facility. While there isn’t a Fridge outside of Earth-199999 (the MCU), the comics are well known for having multiple prisons for super-villains, super-weapons, and alien tech– including the similarly named Ice Box. There’s also the Cube, the Raft, the Big House (actually a miniature prison shrunk with the help of Ant-Man’s size-changing Pym Particles), and the Vault.

Besides helping to set up the size and structure of SHIELD as a bureaucratic organization, the resolution of “The Asset” also helps expand on one of the most important aspects of the Marvel canon– super-villains! In the comics, Franklin Hall was a Canadian physicist who gained the power to manipulate gravity in a lab accident, becoming the super-villain Graviton. This was the first of two times a Marvel super-villain has been introduced on SHIELD (the other being Donnie Gill aka Blizzard in “Seeds”) and will likely not be the last.

Let’s be honest– the speech Leo and Jemma gave to the Science and Technology kids in “Seeds” didn’t include a “with great power comes great responsibility” riff only because Disney hasn’t yet managed to yank the Spider-Man intellectual property rights back from Fox. Still, the human potential for good and evil and what you choose to do when given power is a classic comic motif that Marvel uses to death and back. How you use your power is, after all, what makes a super-hero different than a super-villain; and FitzSimmons manages to wedge the show’s archenemy organization, Centipede, right between name drops of two of Marvel’s other biggest bads: Hydra and A.I.M.

While movie-goers might be able to remember that Hydra was the Nazi-spinoff organization headed by Hugo Weaving in heavy red makeup, Advanced Idea Mechanics was only recently introduced in Iron Man 3. And, despite being a recurring baddie organization in the comics, in the film they were government funded. One does have to wonder how they dropped onto SHIELD’s hit list so fast, so completely (though inventing the Extremis virus and sponsoring a terrorist probably had something to do with it).

Not the subtlest of set-ups, but you do at least have to give foreshadowing credit to Agents for having Skye name-drop Bucky Barnes in an episode having to do with both corruption in SHIELD’s ranks and ice.

For those not in the know, unless The Winter Soldier takes a wild dive away from is source material, [SPOILER] Highlight to see:Bucky Barnes didn’t die when he fell off the train in Captain America. Instead, he was brainwashed by the Russians and turned into a semi-literal killing machine.[/SPOILER]. The movie will also deal heavily with corruption and infiltration within SHIELD, so the combination in this episode is a nice set-up of themes. My question though? Why was Bucky listed on the wall as “Bucky” instead of “James Buchanan?”

Were there any shout-outs you liked that didn’t make the list? Is SHIELD helping you become more acquainted with the Marvel universe? Tell us what you think in the comments!