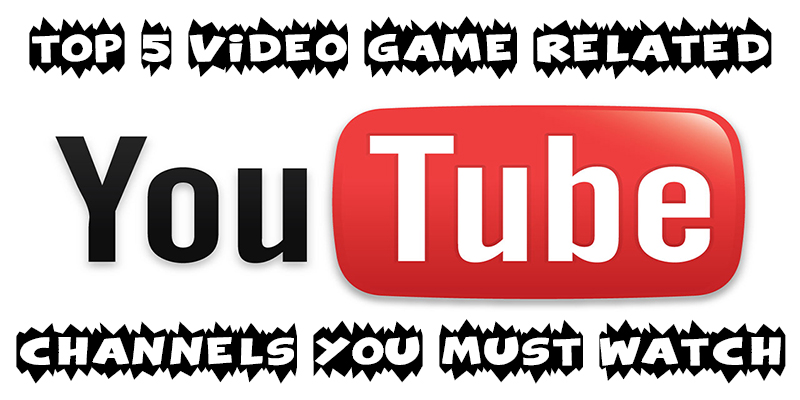 We live in an age where the internet has slowly become a dominant force for how people obtain news, socialize with friends, and entertain themselves during their downtime. For the gaming culture, it has helped to serve as a voice or a way for gamers to reach out and share their opinions by either a serious or comedic nature.

With the creation of the online giant YouTube, a great number of gamers have made a name for themselves and have accumulated a mighty number of both fans and supporters. While it is not my intention to necessarily pick favorites, below is a list of those that I feel are genuinely…special. Although I’m sure many of you are familiar with some of these individuals, it is my intent to maybe introduce a few of you to something new…a breath of fresh digital air.

So baring that in mind, I would like to present to you a list of who I feel are the best at what they do.

First off, I have to admit that it was a close call to choose between either Cinemassacre or ScrewAttack, but the bottom line in my decision was basically that had it not been for the Angry Video Game Nerd (AVGN), I would have never known about ScrewAttack in the first place.

Arguably one of the most—if not THE most—recognizable retro video game reviewer personality on the internet, the Angry Video Game Nerd has taken his viewers “back to the past, to play the sh*tty games that suck a**,” for over a decade now. For the most part, he sticks to complaining about games from older console generations with over the top special effects, gut-busting and original jokes, special guest cameos, and relative audio and footage. In layman’s terms, if you grew up playing video games in the 80’s and 90’s, then his choice of content will be right up your ally.

Yet while James Rolfe is best known for his caricature of the AVGN, both he and his long-time friend Mike Matei produce a wealth of content on their Cinemassacre channel. This includes a show where they review and play board games called Board James, a weekly “Let’s Play” type show called James and Mike Mondays, Top 10s, and the fan-favorite annual horror film review fest dubbed Monster Madness where James does a quick review of a horror film every day during the month of October. Yet there are plenty of other originals and segments I failed to mention that have spawned from the imaginations of the folks at Cinemassacre. Oh, and did I mention that he just released a full-length feature film that is currently being screened at select theaters around the country and will soon see a Blu-Ray, DVD, and Digital release?

Still to this day, many well-known YouTube content creators and fans refer to James (the AVGN) as their main inspiration for becoming game reviewers, and truthfully not enough praise can be given for how much he has made an impact on not just my life, but his legions of fans as well. That being said, I urge you all, please check out the content on display by Cinemassacre; you won’t regret it! Be sure to check out their website as well as their YouTube channel.

The love I have for ScrewAttack is indescribable through the art of dialogue or any combination of wording or explanation. While they may be second on this list, they will always be first in my heart. Through both their channel as well as their website, they have succeeded in providing me with hours of boredom-slaying entertainment. They have been dishing out video-game related content for nearly a decade and have experienced a steady growth throughout the years that has been both intriguing and inspiring to watch as it occurred.

They even began hosting their own convention called SGC (ScrewAttack Gaming Convention) four years ago which has also seen a tremendous growth in popularity. In fact, I attended this year’s SGC and am proud to say that it was my very first convention that I have ever been to; and I would not have it any other way.

All that aside though, their channel is filled to the brim with so much content. Every weekday they have a quick gaming-centered news-type show called Hard News, they do a weekly video podcast called SideScrollers, they created a well-known internet series called Death Battle, they have Top 10’s, Top 5’s, Let’s Plays, live shows, reviews, and just tons of original content…it’s insane, but in a completely positive way!

Yet perhaps what makes ScrewAttack so amazing is not necessarily the content provided on their YouTube channel, but the community they host within their website. It truly is a place where gamers can congregate and share their thoughts and opinions on games in general. In fact, many notable reviewers—including some on this list—got their reputations kicked off as either affiliates with ScrewAttack, or by having their content shared on the website.

So if you’re looking for a daily dose of gaming goodness, some superbly edited and created original content, or are just trying to stay in touch with the gaming community, I’d recommend a thousand times over that you check out both the ScrewAttack website as well as their YouTube channel.

3. That One Video Gamer (The Completionist)

I recently had the pleasure of running into Jirard from The Completionist a number of times during SGC 2014 in Dallas, Texas. No, really, I mean that with the utmost sincerity, as it truly was a pleasure. Quality of content and humorous personality aside, it was a real treat to see just how “normal” and all around pleasant he ended up being to mingle with, and while I was already a fan of the show to begin with, that whole experience really made a positive impression with me, and ultimately sparked me into “dedicated fan” territory. Oh, I also ran by Greg too, though he was grabbing some water…I never interrupt a man and his thirst.

Personal experiences aside, the channel itself has really evolved over the years and can easily be considered one best distributors of high quality content distributors on YouTube. Long story short, the general concept for the majority of the episodes is that Jirard reviews a game—often via suggestion from fans—and completes every aspect of it; all achievements, side quests, and so on. At the end, he will offer up his personal opinion as to whether or not a game should be played, finished, fully completed, or—worst case scenario–not even bothered with. Throughout all of this, comedic relief is offered by his pal Greg and there are even a few collaborations with other reviewers such as PeanutButterGamer, ProJared, and Bruce Willis…I mean Proton Jon (inside joke from the show).

As the channel has grown, so has the number of people who help with the production of episodes; Alex comes to mind here. Yet I say, in this case, the more the merrier! Are you a fan of Mega Man? How about Mario or Sonic? Final Fantasy and Kingdom Hearts? The list goes on! Whether retro or modern, no game is safe from The Completionist! If this sounds like your cup of tea, I strongly encourage you to check out his channel here or you can also find him on NormalBoots.

For many, JonTron is considered to be one of the great visionaries of producing gaming-related content throughout the land commonly known as “The Internet.” While perhaps best known for his caricature of JonTron, Jon helped bring others projects to the table such as the collaborative website, NormalBoots, and the “Let’s Play” channel Game Grumps. Yet while the former dynamic duo of JonTron and Egoraptor was enjoyable, nothing can compare to the team of Jon and his pet bird, Jacques.

Yes, that’s right, the majority of his episodes feature his pet bird who is “personified,” if you will, by having human-like intellect and a robotic-like voice. It may sound unusual at first, but it really helps to balance out the outrageously zany humor provided by Jon and his character. So what’s on the menu? Basically he looks at—for the most part—video games that aren’t really that great and his reviews often turn into hilariously scripted adventures. You think I’m kidding? During some episodes, he’s been known to spontaneously burst into song! Although most of his content is video-game related, he also takes a stab at a few awful films and television series such as the infamous Birdemic.

A lot can be said about this talented individual, but why take my word for it when you can just check out his content yourself? So what are you waiting for?! Click here and see what you have possibly been missing out on! 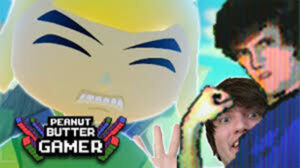 Another NormalBoots affiliate and possibly the quirkiest and most naturally eccentric reviewer on this list, but you know what? That’s what makes him so exceptional! Seriously, some portions of his videos can be so pleasantly awkward that you cannot help but laugh. You know you’re doing something right when one of the questions asked at your first panel at SGC starts off with “how high were you when…”

Like many on this list, his videos have come a long way over the years as his style and cinematography have improved. It is because of his unique sense of humor, selection of games, and overall charm that he has gradually gained popularity and notability throughout the YouTube gaming community. Are you a fan of Zelda? His “Zelda Month” videos will throw several laughter-inducing curveballs that will make you look at the franchise in a whole different way. What about Top 10 videos? He’s got those too!

So if you’re in the mood to catch a quick glance of a game with an upbeat yet eccentric style of humor, then PBG is your man! Feel free to check out his channel here.