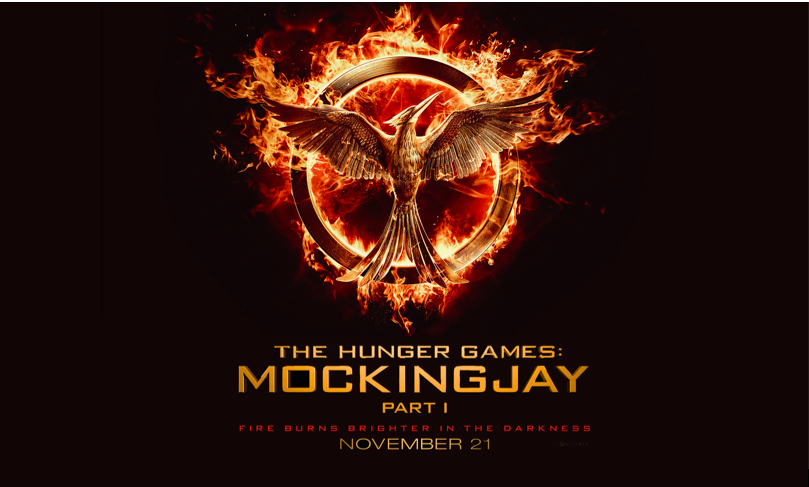 The first teaser trailer for The Hunger Games: Mockingjay-Part 1 has finally been released, much to the excitement of fans. While two videos—addresses from President Snow—for the film were previously uploaded to The Hunger Games YouTube channel, this is the first official teaser.

Watch “Our Leader the Mockingjay” below:

While the one minute long video doesn’t reveal much plot, it gives just enough so the audience can get a flavor for Mockingjay. Although it is not explicitely stated, the majority of the trailer takes place in District 13, an area previously believed to be decimated by war and abandoned. Additionally, two new characters are introduced who will play major roles in this film as well as Mockingjay-Part 2. The first of these characters is the President of Disctict 13, Alma Coin, played by Julianne Moore. The second is Cressida, a former resident of the Capitol who now lives in District 13, portrayed by Natalie Dormer.

The teaser begins with a plane flying into the run-down District 13. We then see Plutarch Heavensbee, Beetee, and President Coin discussing Katniss’s position as the leader of the rebellion against the Capitol. Heavensbee clearly supports and believes in Katniss, while President Coin is much more skeptical. Katniss is seen walking through a hospital in District 8, where we get a first glimpse of Cressida. Gale also momentarily appears on screen. Heavensbee labels Katniss “the face of this rebellion” as residents of District 8 look up at her. Then, we see an areal shot of a mockingjay cut into a field of grass as President Snow declares, “any association with the mockingjay symbol is forbidden.” Cut to peacekeepers shooting rebellious members of the districts and total destruction of the land. Back in District 8, a young boy wielding a gun asks Katniss if she will fight. Looking terrified yet strong, she replies, “I am. I will.”

Although the video is relatively short and doesn’t reveal complexities of the plot of Mockingjay, it is multi-layered. First, there is the conflict between Heavensbee and President Coin. He truly believes that Katniss is the mockingjay, the only one who can be the face of the rebellion, while Coin does not think she can handle it due to the mental trauma of participating in the Games. Fans who have read the book know that this sets up for a much larger confrontation later in the story, which we could see on screen in Part 1 or Part 2. On a side note, it will be interesting to see how Heavensbee’s character is handled now that Phillip Seymour Hoffman has passed. It’s unlikely the creative team will majorly deviate from the plot of the book, since that has not been done in either of the previous movies. Will the recast the character or find some way around it?

Another noticeable feature of the trailer is something it lacks: Peeta Mellark. President Snow’s addresses revealed Peeta alongside him, so we know that something has gone wrong. However, this teaser is living up to its name by teasing us with no information about our beloved Peeta. We are left wondering why he is in the Capitol and how this will affect his relationship with Katniss.

While we don’t know anything about Peeta, we do learn a lot about Katniss. She is clearly shaken by all that has happened to her—you can see it in her eyes—and afraid for the future. On top of participating in two Games in two years, she knows that District 12 has been destroyed and that Peeta was captured. There is no way she is not suffering from PTSD. Yet, she refuses to give up because she is determined to save her loved ones. With allies like Beetee, Haymich, and Heavensbee, she has a good support system behind her. Katniss might not want to lead a rebellion, but she is going to. She is determined to bring justice.

The districts will rise with the mockingjay on November 21st, when The Hunger Games: Mockingjay-Part 1 hits theatres.