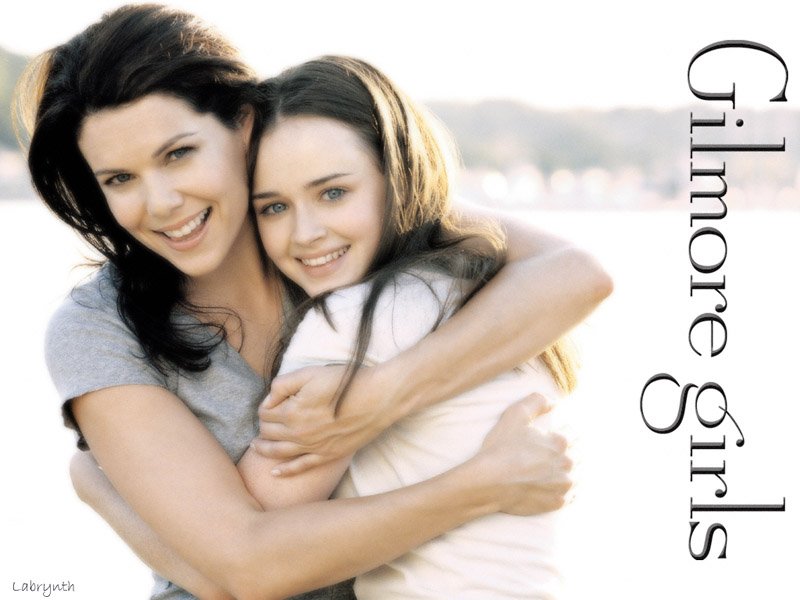 It’s hard to believe that the pilot episode of Gilmore Girls was over 13 years ago. Created by the wonderfully talented Amy Sherman-Palladino, Gilmore Girls tells the tale of Lorelai Gilmore, a single mother and her daughter, Rory living in a fictional town filled with colorful characters. There’s the bumbling Sookie St. James, rock-n-roll junkie Lane Kim, diner owner Luke Danes and Rory’s delectable boyfriends. Gilmore Girls’ trademark is its fast-paced dialogue and witty pop culture references. What set this show apart is the close-knit relationship between a mother and daughter, BFFs who share the same taste in music, films and food.

It’s never easy going to a new school. After a transfer to the prestigious Chilton Prep, Rory finds herself  having trouble adapting to the new school environment. After receiving a “D” in English, Rory panics and mugs for an upcoming test with the help of her mum. Why I’m including this episode is because Lorelai goes the extra mile by studying with Rory for a full week. She knows how important that test is to Rory and she’s determined to help her ace it.

“I just got hit by a deer.” Yes, not hit a deer, but got hit by a deer. When a deer hit the jeep that Rory’s driving, her best friend Lane and English teacher Mr Medina could not grasp the concept — which is natural since it sounds ludicrous. But it is a different case when Rory shares this news to her mother –goes to show how tight this pair actually is.

How do you think a mother would react when she finds out her daughter is the cause of a fight at a party? Ashamed? Furious? Loss for words? In this case, none of the above. After a nasty fight between an ex and current boyfriend, cops came and broke the party. Lorelai is immensely proud that Rory is a contributing factor and even sings the lyrics to Bette Midler’s Wind Beneath My Wings. What mother does that? Lorelai Gilmore, apparently.

This particular episode is a memorable one since indie rock band The Shins made a brief appearance. Side note: if you haven’t heard of them, you have no idea how much you’re missing out! In Girls in Bikinis, Boys Doin’ The Twist, Rory shares what she did on her spring break with Lorelai, like how she sat on the beach, went to a club, watched “The Power of Myth,” and her kiss with Paris. Lorelai then expresses her shock and if you think it’s about the kiss, think again. She’s frustrated because Rory has spent her spring break with Bill Moyers.

Granted, season 7 is a disaster, but you got to admit that the last episode is filled with bittersweet scenes. Get a window seat in the bus because there’s so much to see. Sit in the back, because people there tend to be more chatty and friendly. Zip lock bags are handy, you should have them all the time. Don’t wear shorts, no matter how hot it is as it’s not professional. I’m paraphrasing here, but you get my drift. These are the advice that Lorelai shares with Rory during the series finale. Many girls grew up watching the Gilmore girls in action, so I’m pretty sure every single one of us view these guidance as life lessons. After listening to these tons of advice, Rory cuts her off and say that she has given her everything she needs. And I couldn’t agree more with her.