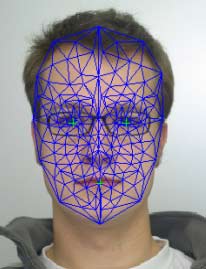 Is big-brother facial recognition after you? Fear not!

Facial recognition software has come a long way recently. So much so, that it had become what some people feel is a blatant invasion of privacy. From Google Images to Facebook and even mannequins with cameras hidden behind one of their eyes, the technology with a ‘big brother’ semblance is, quite literally, everywhere.  Law enforcement, shopping centers and of course social networks are taking advantage of the ability to literally pick someone out of a crowd using nothing more than a camera and software. The EyeSee Mannequin even has a camera hidden in its face that logs the gender, age, and race of people who walk by it. Creepy, huh?

In an attempt to combat such invasive software, a group of scientists at Tokyo’s National Institute of Informatics have created what they like to call a ‘Privacy Visor’. This new piece of technology, used to halt any attempts to recognize your face while out and about, looks a lot like scuba diving equipment, only it lights up. Purple.

The prototype glasses, equipped with a near infrared light source, renders the software useless without affecting the wearers vision. Professor Isao Echizen, an associate professor at Tokyo’s National Institute of Informatics, sums up his reasoning for creating the visor by saying:

“As a result of developments in facial recognition technology in Google images, Facebook, et cetera, and the population of portable terminals that append photos with photographic information (geotags)… essential measures for preventing invasion of privacy caused by photographs taken in secret and unintentional capture in camera images is now required.”

He goes on to explain how near-infrared light “appends noise to photographed images without affecting human visibility.”

The ‘privacy visor’, which connects to a power supply that is carried in the user’s pocket, will likely be reasonably priced. However, if you do not consider plastic goggles with purple headlights a part of your oh-so-trendy wardrobe, there are other ways to avoid having your face recognized by the controversial software.

According to Echizen, extremely heavy make-up or a mask works just as effectively, however, that still requires some effort and facial obstruction. If you aren’t into Boy George make-up or those way cool, glow in the dark, Scream masks, the hacker group ‘Anonymous’  says that tilting your head at a 15 degree angle will also fool the software into thinking that you don’t have a face.

Back in September of 2012, Facebook suspended its facial recognition software that when users could be tagged in photographs following a review from Ireland’s Data Protection Commissioner.