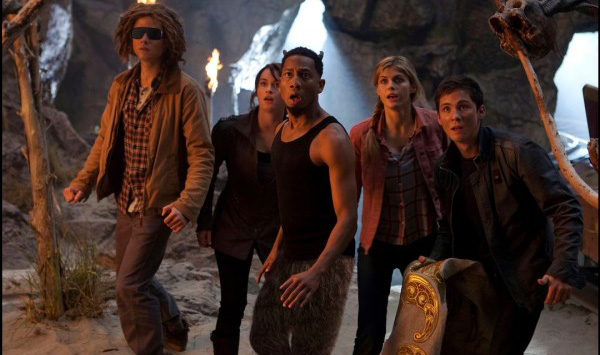 A lot of film people complain about the number of comic book movies that are released every year. Of course that’s not a problem for us at Geek Insider. But in terms of blockbuster source material, people often overlook the constant presence of another genre, young adult fantasy. Maybe the general public doesn’t know where some of these movies come from, but they’re on display at Barnes and Noble in a city near you. From “Percy Jackson” to “The Hunger Games,” there are more than you’d think.

Harry Potter Gets the Ball Rolling

One can’t credit the adaptation trend to one single book or film because examples date back to “The Wizard of Oz” in 1939. But in terms of the modern instances, we need only to look at the Hogwarts based catalyst, “Harry Potter.” Studios always look to replicate what works and I’d say the $7.7 billion franchise, according to Box Office Mojo, is a great place to start. The story follows a young boy who learns he is a wizard and must combat evil forces under the unaware noses of non-magical muggles. Unaware non-magical humans become a theme here. “Percy Jackson,” “I am Number Four” and “Twilight” all fit that mold.

From there the stories continue to divert from the source. Both “The Host” and “The Hunger Games” deal with love triangles like from “Twilight.” Almost all of the fantasy novel adaptations can be linked to one before it. After all, imitation is the sincerest form of flattery. This doesn’t mean that all of these films are successful however. Far from it in fact. “Harry Potter,” “Twilight” and “The Hunger Games” have earned such big bucks that the genre question marks are worth a try for Hollywood suits.

“Percy Jackson & The Olympians: The Lightning Thief” performed moderately in 2010 if you include international box office numbers, but it has earned an upcoming sequel because of its unrealized potential. The same can’t be said for 2011’s “I am Number Four,” which has gone quiet on the sequel front. Even though it may seem odd that a minor profit would be viewed as a failure, including advertising costs on top of a production budget usually turns these films into total flops.

When you look at the number of films that have successfully spawned franchises, the number is relatively low. 2004’s “Lemony Snicket’s A Series of Unfortunate Events” and 2006’s “Eragon” both couldn’t get the job done and this year’s “Beautiful Creatures” likely won’t get a sequel either. But the fact that all of these stories are already written and have some level of name recognition from the general public keeps them intriguing pursuits for studio executives.

In 2013 we’ve already seen three young adult fantasy adaptations hit the big screen. February’s “Warm Bodies” performed solidly while “Beautiful Creatures” didn’t. “Twilight” author Stephanie Meyer’s other book, “The Host” is in theaters now. There are also more coming with “The Mortal Instruments: City of Bones” being released in August and “The Hunger Games: Catching Fire” primed to challenge box office records in November. Did we mention “Percy Jackson: The Sea of Monsters,” “The Spook’s Apprentice,” and more I’ve probably left out?

There are countless other examples of the teen fantasy trend in modern Hollywood. It will probably continue as long as some of them do well. I dare say “Catching Fire” will keep teen fantasy adaptations in the spotlight. But the genre needs fresh blood now that Harry Potter and Edward Cullen have hit the sandy beaches of literary retirement.