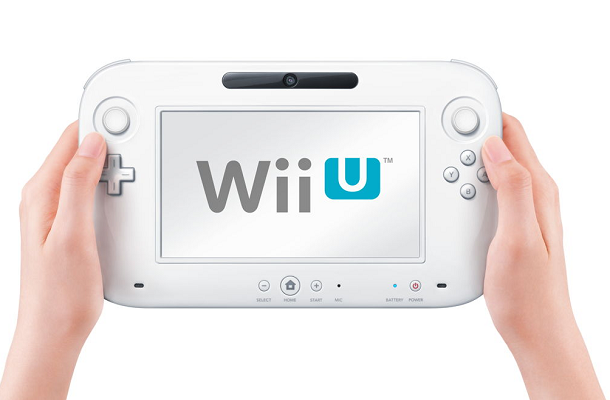 The Wii U is Down, But Not Out

These are dark days for gamers and the game industry. Unscrupulous publishers take advantage of paying customers, developers cower in fear of innovation, and Nintendo’s mighty Wii U hasn’t sold as much as predicted.

Last month fellow Geek Insider writer Mohseen Lala looked at the facts and suggested that the Wii U was a failure in almost every aspect. His article, titled Is the Wii U a Failure?, proved controversial with Wii U supporters and opponents alike, and quite rightly so. The Wii U is an attractive, user friendly console with great potential to carry on the legacy of the Wii before it.

While the less than favourable sales figures are undeniable, the Wii U cannot be considered a failure so early in the game. Join me in this counter-argument to Mosheen’s article, as I explain why the Wii U make just come out as the victor of this console generation.

The Wii U vs the Xbox 720 and PS4: Graphics isn’t Everything 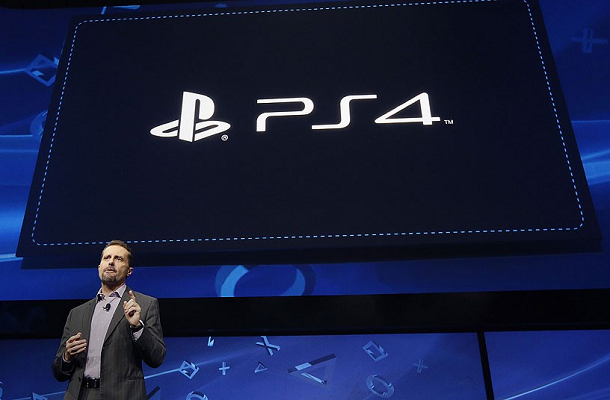 Graphically, the Wii U has brought Nintendo up to par with its main competitors, the PS3 and the Xbox 360, with 1080p HD output, expanded online capabilities and services, and better social networking in the Miiverse.

But with the PS4 due to come out at the end of this year and a suspected “Xbox 720” announcement in May, the Wii U will be facing some stiff competition. Or will it?

Mohseen claims that the PS4 and Xbox 360 successor, will dominate the next-generation purely due to impressive hardware specifications that will undoubtedly exceed those of the Wii U. But if the last five years have taught us anything, it’s that graphical prowess will not make or break a console.

The Wii U doesn’t Need High Specifications: History will Repeat Itself

This same trend was almost mirrored in the “competition” between the Nintendo 3DS and the Sony PS Vita. Despite a slow start due to pricing issues, the 3DS has prevailed, whereas the PS Vita still struggles to gain the attention of consumers.

The Nintendo Wii also destroyed its competition last generation despite having graphics that barely exceeded the GameCube before it. Yet, Nintendo capitalised on an untouched corner of the market that Sony and Microsoft had ignored – for example, children, families, the elderly and casual gamers. It’s these customers that Nintendo is still focusing on with the Wii U; customers that are the very opposite of the graphics hungry, “hardcore” gamers Mohseen claims will have the greatest influence in the upcoming console war.

While its foolish to directly compare the Wii U to handheld consoles and to the Wii, Nintendo’s previous successes are grand examples of how judging a piece of technology on its specifications alone is short-sighted. In addition to this, the announcement of the PS4 and its high-end graphics was met by relatively little excitement from the gaming press and gamers, and many gamers are already considering skipping the Xbox 720 due to rumors of it requiring a constant internet connection. Simply put, gamers just don’t care about new consoles as much as they used to. Which brings us to our next point of discussion.

Don’t Single Out the Wii U: The Entire Games Industry is Failing 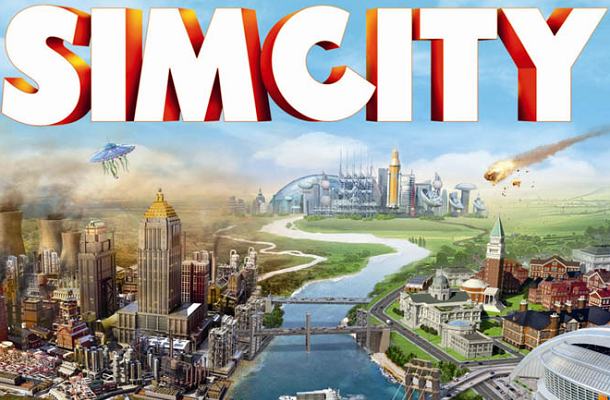 When Capcom puts 600 developers to work on Resident Evil 6, and it fails to impress, you have a problem. When Gearbox deceives its publisher Sega, who in turn deceive their customers with the atrocious Aliens: Colonial Marines, you have a problem. When EA requires an always-on internet connection to play, what is for the most part, the single-player SimCity only to have their servers consistently crash rendering the game unplayable at launch, you have yourself a huge problem.

Gamers are finally starting to distrust the deceitful game publishers that have consistently been offering unimaginative games laden with restrictive Digital Rights Management and expensive DLC schedules. If you need further evidence of publisher money-grabbing, Mohseen helpfully highlights in his article the Wii U’s concerning launch titles, the vast majority of which are nothing more than ports of previously released games.

Not only does this new generation of apathetic gamers care little for tech demos and hypothetical hardware, as proudly displayed by Sony with their PS4, they’re unlikely to pay the high price tag the PS4 and the Xbox 720 will carry. In fact, the new Xbox is suggested to retail at a staggering maximum of $500.

If modern gamers do turn their backs on console gaming, instead taking up mobile and PC gaming, the games industry may very well crash, taking the Wii U with it. However, the WiiU’s lowering price point combined with the still loyal Nintendo fanbase, makes it the most likely to be left standing once the dust settles.

The Wii U has a Loyal Fanbase: The Importance of Strong 1st Party Titles 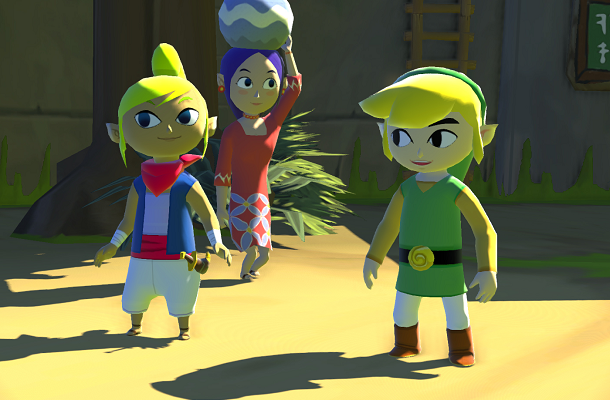 While its true that the Wii U will miss out on a lot of 3rd party titles that will appear on the PS4 and the Xbox 720, the majority of this so-called “essential” 3rd party support will be provided by the very same AAA title publishers that are putting the games industry on a sure-fire path to crashing. For example, Sega have announced that the Wii U version of Aliens: Colonial Marines has been cancelled. Mohseen claims that Sega “don’t want to port to the Wii U”. I claim that Nintendo have dodged a bullet and are lucky to not have Sega and Gearbox’s abomination of a game associated with the Wii U.

The support of 3rd party developers and publishers is always advised for a healthy game library, Nintendo are by no means dependant on them. Nintendo can and will fall back on their incredibly strong IP to see them through the next generation. New Super Mario Bros. U is the best selling Wii U game (not including pack-in game Nintendo Land), and a Wind Waker remake, Pikmin 3, a new Super Smash Bros title, and what is rumoured to be an open-world Zelda game are on the way. The Wii U’s game library may end up being smaller than its competitors, but as the old phrase goes “quality is better than quantity”.

The Wii U is Far from Broken: A Rocky Start won’t Define Nintendo’s Console 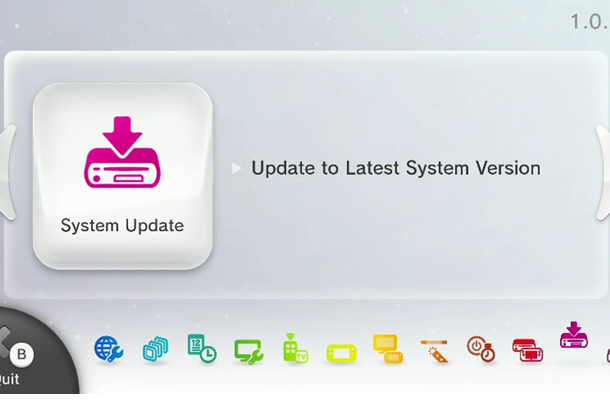 The Wii U was met with cries of dissatisfaction from many gamers at launch. Upon turning on the console many were met with a huge, mandatory update that if interrupted, could result in the console bricking. This was a poor move by Nintendo, especially considering that many customers were unable to replace their Wii U’s due to limited supplies, forcing them to return home with a refund. Those fortunate enough to get the console working had to put up with unnecessarily long loading times

It would be silly to defend Nintendo over the initial, inexcusable flaws with the Wii U’s operating system. But worse issues than these affected hundreds of thousands of Xbox 360 and PS3 users with the infamous Red Ring of Death, and Yellow Light of Death for several years after both consoles had been released. Even so, many gamers have remained faithful to their Xbox 360s and PS3s. The same will undoubtedly be true for Wii U owners whose plights will be relieved in future system updates.

The Wii U is Here to Stay: But what do you think?

At this point its incredibly difficult to predict whether or not the Wii U will truly succeed; on this both Mohseen and I agree. But in my opinion, the Wii U is here to stay, and while it may not achieve the level of success gained by its predecessor, it will sustain Nintendo throughout the oncoming game industry storm.

But it is you, the gamers, that will ultimately influence the outcome of both the upcoming console war and the potential games industry crash. We’d love to know what you think, so leave us a comment in the section below!