Home Entertainment The (Other) iTunes $0.99 Movie of the Week: ‘Shoplifters’
Entertainment 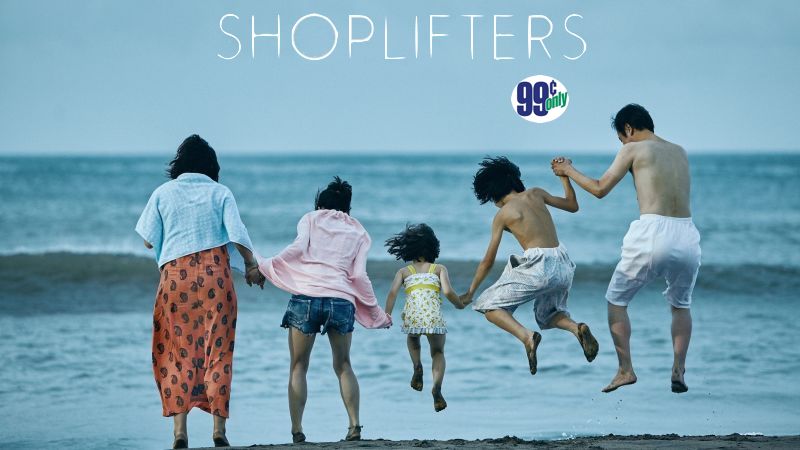 Ok, the featured $0.99 movie this week is an award-winning documentary about three adopted men who come to discover they’re actually triplets who were separated at birth. It’s called Three Identical Strangers. It’s one of the best documentaries of 2018. And it’s absolutely worth your dollar if that’s the sort of movie what you’re looking for this week. I wasn’t really on the hunt for a documentary myself, which is fine because the 2018 Palme d’Or winner just happened to be in the “Movies You Might’ve Missed” section of iTunes.    So …

This week, a family of small time thieves sees their easy-going lives in Tokyo change when they bring an all but abandoned young girl into the fold in Shoplifters.

Sometimes It’s Better to Choose Your Own Family

For Osamu and Nobuyo, sustaining a comfortable, care-free life on the fringes of Tokyo means clinging to their part-time gigs as laborers. It also means fortifying their life by stealing necessary items from local stores – a habit undertaken by everyone in their modest household, including Grandmas, Aunties, and even their adolescent son. When Osamu discovers an apparently abandoned young girl on an unusually cold night, he takes her into the warmth of his family’s home … a home that may suit the girl better than her own. So begins Hirokazu Koreeda’s enchanting, and utterly affecting pseudo-family drama Shoplifters. 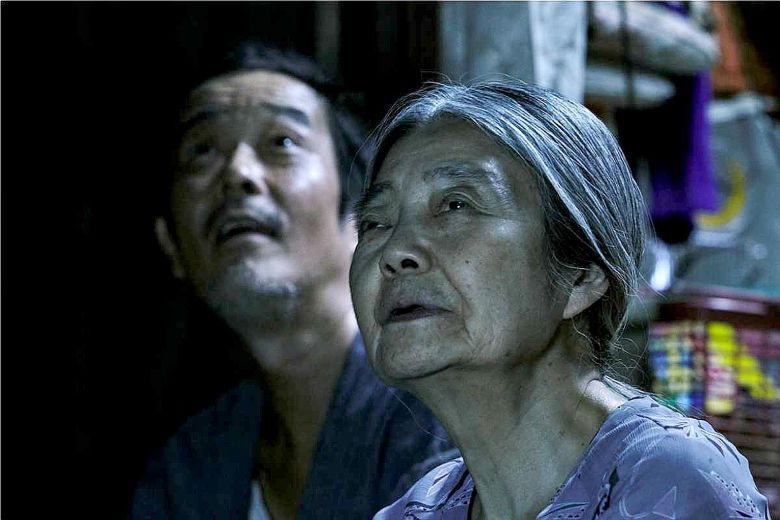 This Is What Someone Does When They Love You

About now, you might be wondering why I used that “pseudo” in front of the word family. Make no mistake, Shoplifters is every bit the family drama advertised, just not about the sort of family you think. And no, we’re not talking a merging of the tribes type of family a la The Brady Bunch. Rather, Shoplifters presents the story of a family brought together and held together mostly by circumstance instead of blood. In doing so, Koreeda’s film dares to examine the daunting question of whether blood truly is thicker than water.

While Shoplifters wisely doesn’t offer a definitive answer to such an intricate query, the film is presented with such emotional dexterity, you’re certain to know which way it’s leaning. That’s clear even from the opening moments that find the youngest member of this crew aiding the patriarch in illegally procuring some day-to-day needs for the family. Even in the moment’s obvious moral complexity, Koreeda presents it with such a light touch, it’s hard not to get caught up in the pair’s shared delight. So goes much of the narrative within Shoplifters, a film so in love with the concept that the best family may well be the one you choose, that you almost forget that one of the film’s central conceits skirts the legalities of what is, in essence, a pseudo-kidnapping.

There’s another “pseudo” for you. And yes, it’s a necessary distinction as well. Like pretty much every morally questionable action at play in Shoplifters, the “kidnapping” at the heart of the plot is far from a cut and dry scenario. In fact, for much of the film, one is often left wondering if the act is a crime at all, and not a legitimate act of mercy. Koreeda’s gloriously airy handling of the film’s increasingly complex tonal shifts only bolsters the film’s morally intricate plotting. Though, to be fair, Shoplifters’ plot unfolds with such a calculating pace and breezy amiability (but never quite overt sentimentality), it almost feels unfair to say the film is plotted at all.

Koreeda can thank his cast for much of Shoplifters’ easy-going grace. Lily Franky (Osamu) and Sakura Andô (Nobuyo) in particular shine through with hearty, understated performances all but bursting at the seams with soulful swagger. The film’s child performers follow suit with heartrending turns of their own, but it’s Kirin Kiki who steals the show as “Grandma,” with the Japanese screen legend bestowing untold depths of wisdom within the character while projecting a cheeky playfulness that proves ground zero for the family’s singular synchronicity. As with any family, such harmony is easily thrown out of whack. With every passing moment, Shoplifters finds Koreeda exploring and exposing the delicate nature of his family’s seemingly enigmatic emotional entanglement.

When those entanglements inevitably begin to unravel, Koreeda explores every twisted knot and loose thread with a refreshingly frank sort of revelry. Watching the masterful director untangle his carefully knotted family is a marvel in and of itself. The less you know about that untangling the better. Just be aware that Koreeda executes that intricate feat with staggering agility, and steadfast sincerity. Understand as well, that said feat is only part of what makes Shoplifters a film of uncompromising integrity and rapturous humanity. One that genuinely believes even the slightest of moments in life can carry unspeakable beauty in the right company … even if those moments are stolen. 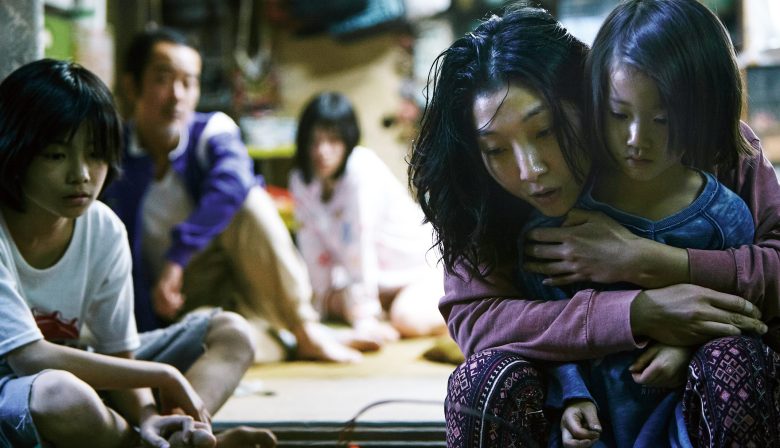 You better believe it is. Heartfelt, heartbreaking, and dramatically complex in ways most American movies simply cannot fathom, Shoplifters dazzles the eye and the heart without ever hitting a false note. Simply put, Shoplifters is what movies should be, and you can count yourself damn lucky you can experience such an impassioned piece of cinema for a measly dollar. Just FYI – if you’re in the mood to make a double, or even a triple feature with this stunner, you could do a lot worse than pairing it with cinematic classics The 400 Blows, or Bicycle Thieves. Trust me.

A Peek Through ‘The Eyes of Orson Welles’