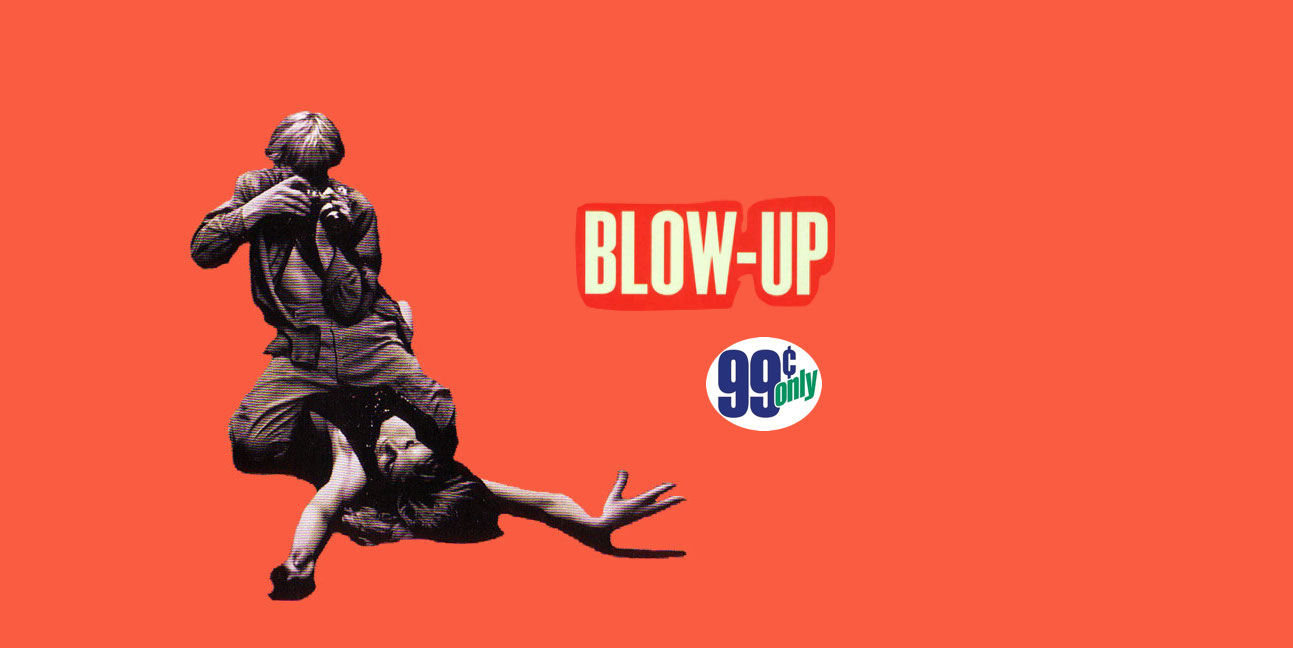 Ok, the featured $0.99 flick is the recent biopic about McDonald’s guru Ray Kroc. It’s called The Founder. It features a great cast including Michael Keaton, Nick Offerman, Linda Cardellini, and Laura Dern. And it tells the story of how McDonald’s became McDonald’s. I’ve never been particularly interested in that story, so I had zero desire to watch an entire film about it. Luckily I didn’t have to … ’cause the iTunes team dropped a legit cinematic classic into their ‘Movies You Might Have Missed’ section. So …

This week, a fashion photographer in London’s swinging ’60s finds some disturbing details when he takes a closer look at his latest shots in Blow-Up. 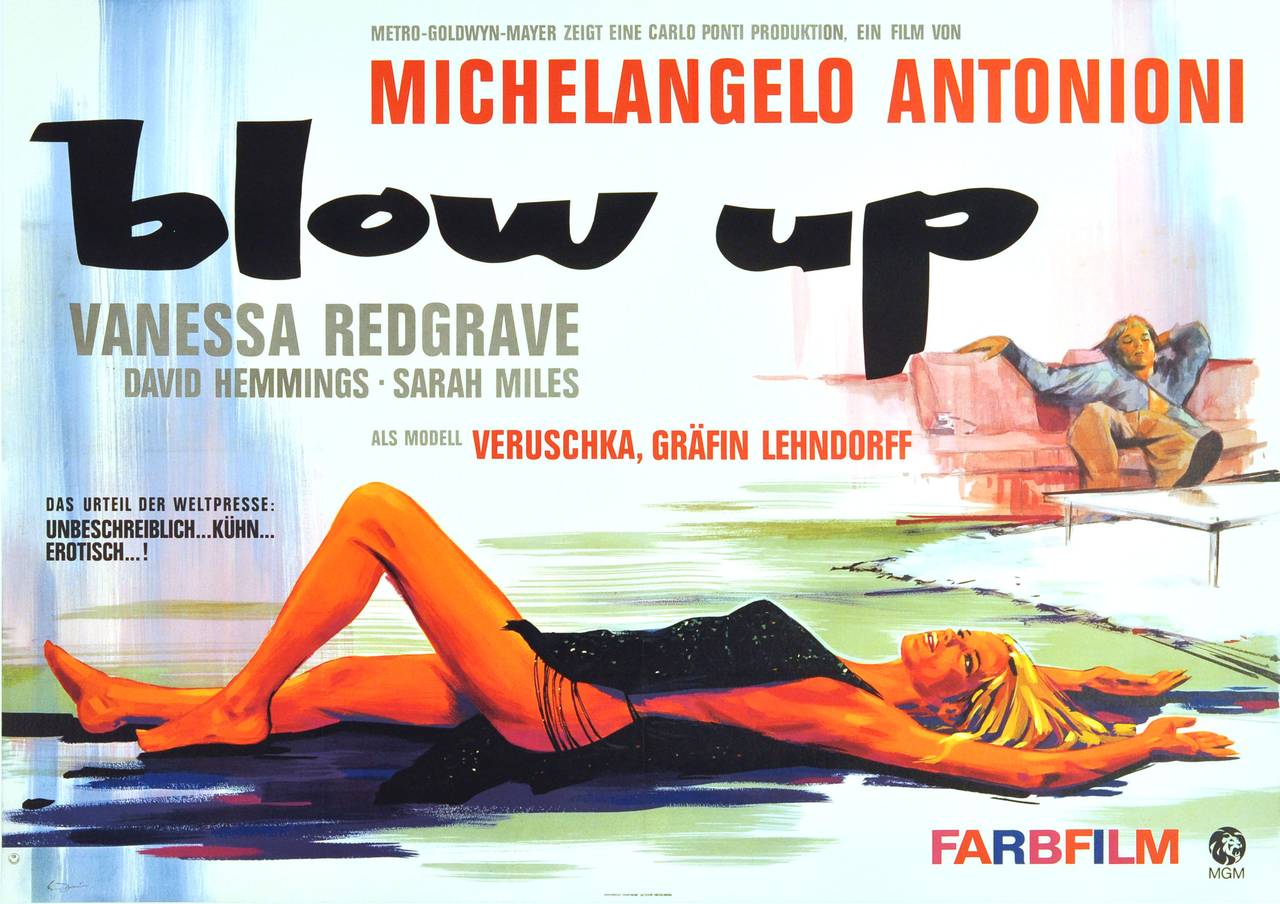 Thomas (David Hemmings) is one of London’s most sought after photographers. He’s brash and cocky. He drives a Rolls Royce. Above all else, he fancies himself a collector of beauty. When he’s not snapping shots of (and cavorting with) an endless stream of models, Thomas spends his days driving around town taking more artistic shots of common people on the streets. But his life takes a dramatic turn when his latest pics begin to reveal troubling secrets about the mystery woman (Vanessa Redgrave) within. So begins Michelangelo Antonioni’s ponderous anti-thriller Blow-Up. 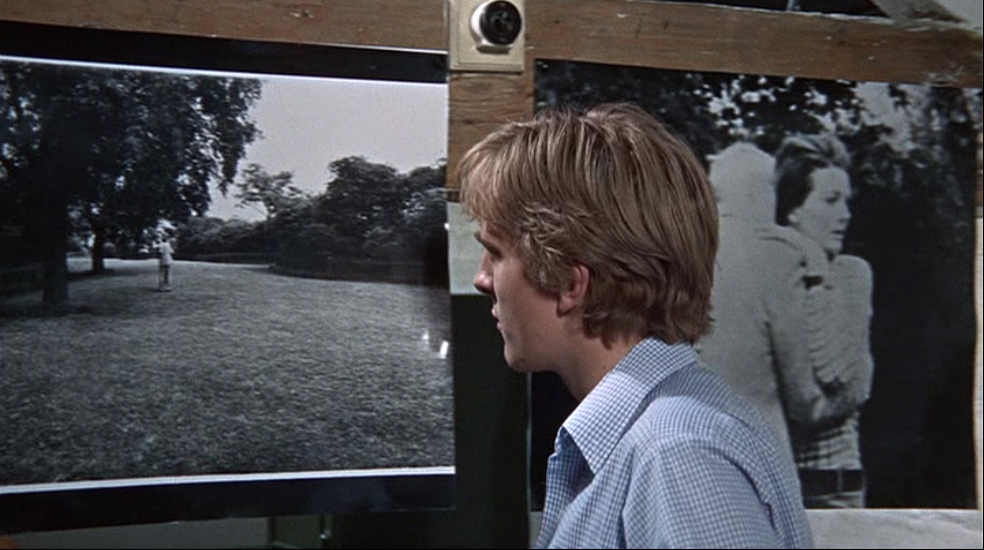 What Did You See in the Park?

Cinema has long proven itself an ideal medium for exploring the concept of ‘the gaze‘. Provocateurs like Alfred Hitchcock (Psycho, Vertigo) and Jonathan Glazer (Birth, Under the Skin) have twisted and manipulated ‘the gaze’ for their own stylistic purposes pretty much since pictures started moving. But few filmmakers have ever probed as deeply – or as incisively – into the concept as Michelangelo Antonioni did with his 1966 film Blow-Up. Pitting a photographer – the ultimate gazer – as his protagonist, Anotonioni sets up a savvy ‘day in the life’ thriller that casts its viewers as voyeurs and its gazer as gazee. Along the way Blow-Up becomes a daring, sensual rumination on the thin line between perception and reality.

From start to finish, Blow-Up is a deeply sensual film … though not in the most traditional sense of the word. Yes, it is a fairly sexy film, complete with scantily clad models and a playful ménage à trois – that doesn’t quite start that way. But it’s not a sexually charged film. Quite often, Blow-Up – and its protagonist – seem bored with the subject. Rather, the film’s sensuality lay in its appeal to the senses themselves … particularly sight and sound.

Make no mistake, Blow-Up is gorgeous to look at. Every single frame in the film is meticulously composed, colored and photographed. But for all of Blow-Up‘s visual acumen, Antonioni’s use of sound throughout the film is often overlooked. Whether he’s using Herbie Hancock’s jazzy original score or guitar driven mod-rock, the music in Blow-Up is vital to conveying the unrestrained spirit of the period. In turn, Antonioni uses long periods of silence and diegetic sound to counteract that spirit. His chilling use of trees blowing in a breeze proves a potent aural exclamation point in one of the film’s most crucial scenes. Even more so when he revisits the effect later in the film.

Of course, sight – aka ‘the gaze’ – remains Antonioni’s focus from one moment to the next. As those moments pass, a simple thesis begins to take hold of his narrative. One that states without question that what one perceives in the moment is not always the reality of the moment. Blow-Up‘s narrative turns on what Thomas doesn’t see in just such a moment. What he doesn’t see turns his series of peaceful, candid photographs into something else entirely. In his goal to understand the moment, he tries blowing up the negative to get a clearer look at what’s actually there.

But the more you blow up an image, the fuzzier it gets. The more you stare at it, the less sense it begins to make. So it is with the film itself. Where Blow-Up goes from there is both confounding and oddly satisfying … logical and illogical. It’s impossible to ignore the cunning and the care Antonioni employs in leading you there. And it’s impossible not to enjoy the ride. 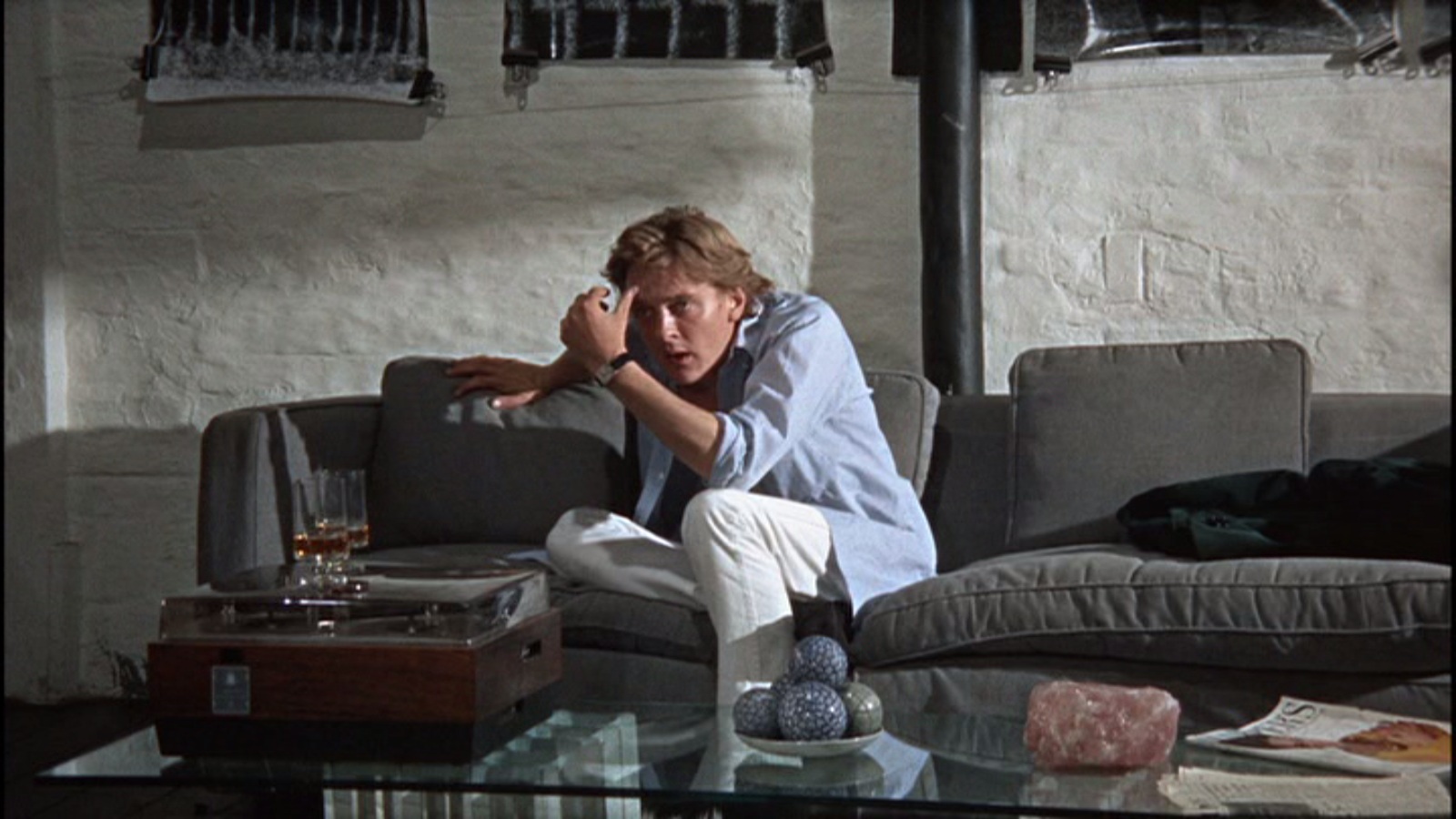 You bet. Packed with challenging ideas, stunning imagery and tangible intrigue, Blow-Up is cinema in its truest form. It’s a film that revels in its thriller-like setup even as it systematically dismantles it. And it’s a film that holds as much swagger today as it did upon release over 50 years ago. For true cineastes, Blow-Up is required viewing. For novices, it’s a chance to begin exploring the sheer power of cinematic language. Whichever category you’re in, you owe it to yourself to drop a buck on this one and experience it for yourself.

Just FYI – if you’re paying close attention, you’ll even get a glimpse of Yardbirds era Jimmy Page and Jeff Beck about halfway through the madness. So keep a sharp eye out.