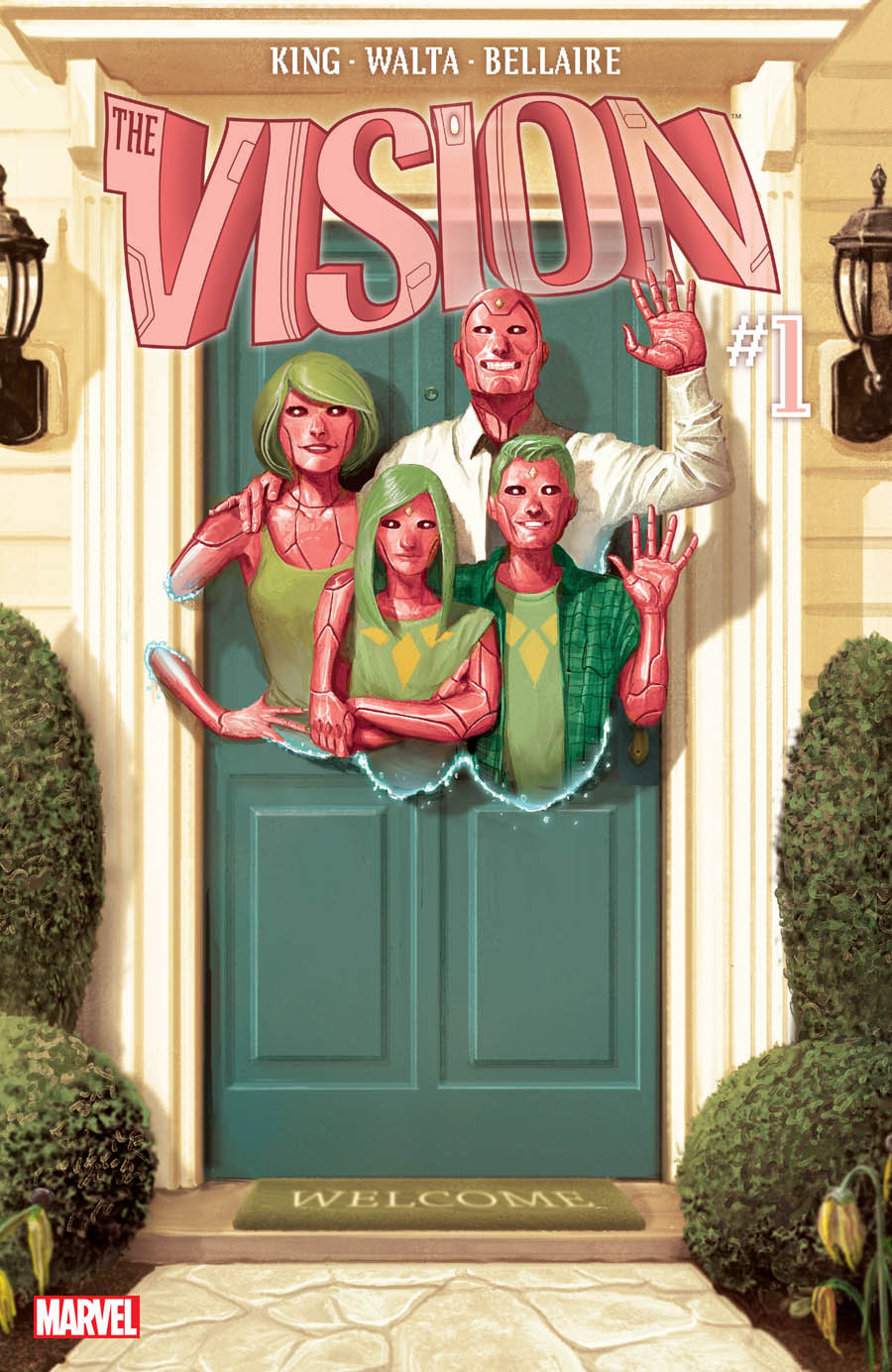 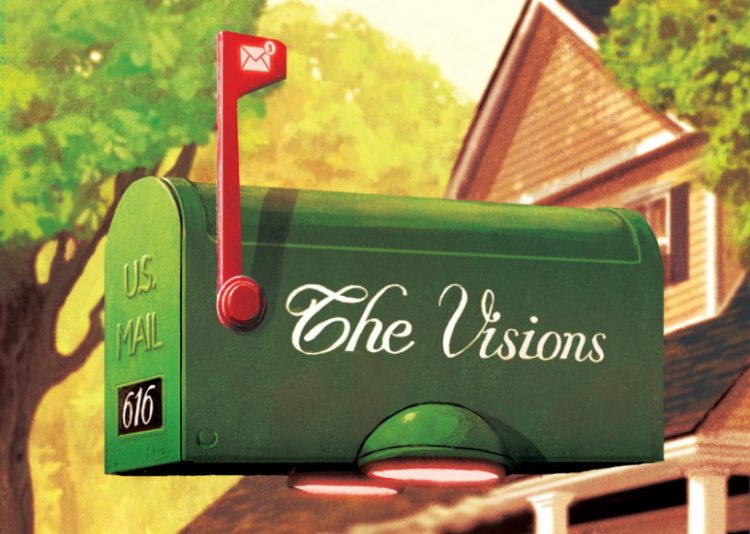 I’m a voracious reader, so when I write ‘best comic of the week’ I have about 20 to choose from. This week I’ve been getting through nonfiction books so on the comic front, I’ve only read about 5. Of those five, two of them are some of the best comics I’ve read all year. And last year. And 2015 for that matter. I am, of course, talking about The Vision by Tom King and Gabriel Hernandez Walta and Jordie Bellaire.

Vision, the android Avenger, builds himself a family- Virgina, his wife, and their twin children, Vin and Viv. They want to live a normal life in the suburbs of D.C., but their power and limited understanding of humanity make it as impossible as the fear and mistrust of their neighbors. (The actual plot revolves around death and conspiracy, but I’m not going to tell you anymore because you should go read it immediately.)

The Vision himself appears more as a concept than he actually appears in the first four chapters. He mostly appears in context of his family, as do all the members, but we know he has a job and life outside of them. He’s off much the same way your father would be when leaving for work. The others don’t have that, meaning the only time we can see them is through the lenses of family. How they as individuals affect the family. And how that breaks down and separates over time.

The other end of that is we humans view them as a family, not individuals and so do the humans in the book. The neighbors see them as the nukes that moved in next door. Vin gets in trouble at school, Vision mentions all the times he’s saved the world as a way for Vin to get off with fewer consequences than maybe he should. There’s a dark emotional logic to it all.

It’s Heady and Emotional and Insular

A slice of life comic about people who can never capture what that is. It’s a thriller with twists and turns. It’s a coming of age with a girl who feels truly alone. The Vision is a multifaceted look at all the various emotions and hardships humans go through.

King is a writer who might well write the next Watchmen. I know what that’s saying. I’m prone to hyperbole, but I honestly think it’s true. Unlike Moore’s intensely detailed scripts of Watchmen, King’s scripts are beautifully minimalist. It’s kind of hilarious, but that’s the creative process.

Walta is just amazing. The structure in his panels are amazing. There’s a page where Viv and her almost-friend Chris walk to class in the rain. The kids being slightly off-center left the next panel with the only other figure not bettering in the back ground. It goes in on their face, as there’s a level of intimacy before pulling out, more and more until they reach the door. They’re growing closer, but the space between them is physical.

Bellaire’s colors are stunning. They tell the story as much as the writing or line art. Her colors are washed out and restrained, but like the Visions they feel just like they’re ready to break loose. Flashbacks have a themed color that makes them immediately recognizable as such. Textures are shaded immaculately. I don’t have the vocabulary to describe or give them due credit. Bellaire is simply the best colorist working in comics.

The thing about comics and this is all comics, is that they’re the synthesis of all of these things working together. When you have something like Vision where every single part and every single creator is great by itself and so in sync together it creates something near perfect. 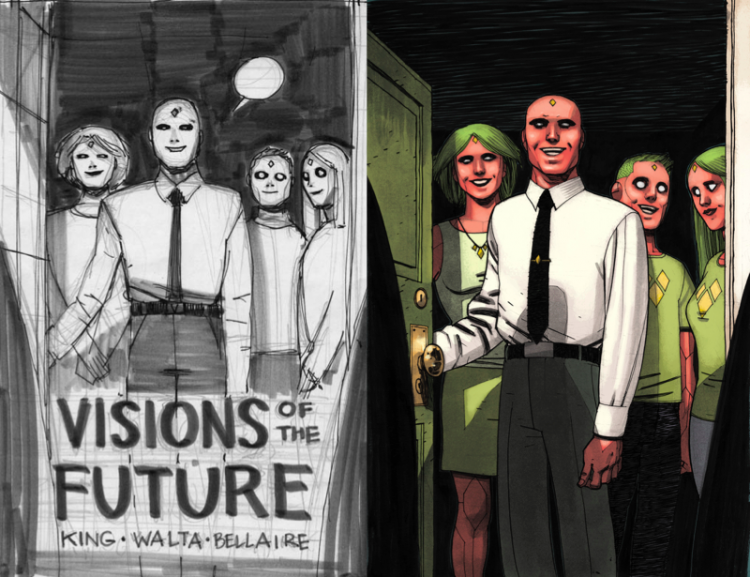 The bonus features in the Director’s Cut are full scripts and art in progress. Also included are the letters pages from the original printings and character designs. Seeing the script with the layouts and inks right next to each other really shows the collaboration between King, Walta, Bellaire, and co. And as the Director’s Cuts have all that and two issues a piece, they’re worth it for only two dollars more than a single chapter of the originals.