Home Entertainment The (Other) iTunes $0.99 Movie of the Week: ‘I Think We’re Alone Now’
Entertainment 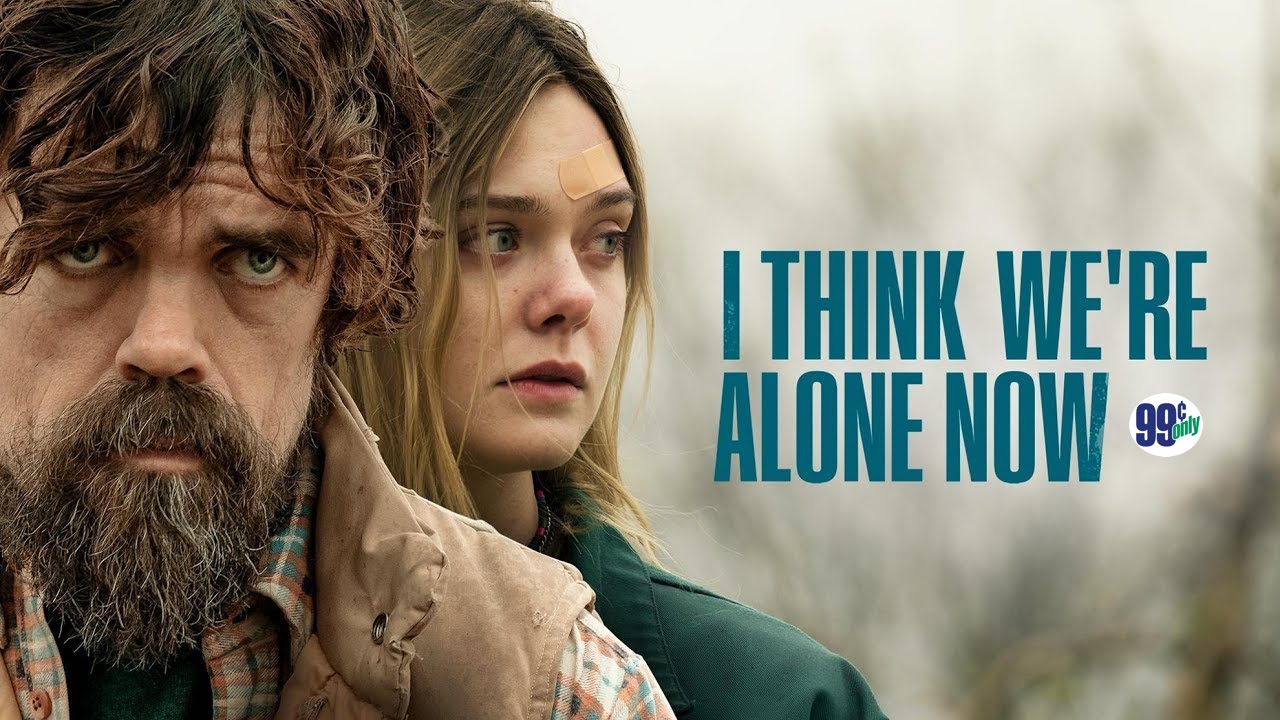 Right, the featured $0.99 movie this week is a little Gerard Butler-starring submarine actioner called Hunter Killer. I’m sure it’s just fine as far as Gerard Butler movies go. That being said, I have zero use for Gerard Butler movies these days … even ones co-starring the great Gary Oldman. So yeah, I didn’t feel the need to spend even a dime on this one. Luckily, there’s always something of interest in the “Movies You Might’ve Missed” section of iTunes Movies. So …

This week, a man’s isolated existence in a post-apocalyptic world is upended with the arrival of another human in I Think We’re Alone Now.

Is There Anyone Else?

In a mysterious global event, the population of Earth simultaneously died. In an isolated town on the Hudson River, one man has survived. He spends his days literally cleaning up the apocalypse by going house to house and burying the deceased. When an impetuous young woman – who may well be the only other person on Earth – arrives in town, the man must decide whether to continue his isolated existence, or face the daunting task of letting another human into his life. So begins Reed Morano’s broad concept/small-scale sci-fi indie I Think We’re Alone Now.

Anyone Ever Told You You’re Kind of a Weird Guy?

For those of you wondering just what I mean by broad concept/small-scale, let’s just say that in Morano’s post-apocalyptic you’ll find no flesh-eating ghouls, no bombed-out landscapes, and no wild, leather-clad clans of survivors burning through the desert in souped up hot rods. I understand that for many of you, the idea of a post-apocalyptic without any of those narrative devices in play is not be your ideal vision for the well-trod, “last man on Earth” sci-fi setup. If that’s the case, I’d implore you to shift your idea of what a legit apocalyptic event might actually look like in the real world, because that’s the driving force behind I Think We’re Alone Now in both concept and scale. The world Morano conjures within that grounded-in-reality construct is often a lot more unsettling that those others.

That world is also a lot more familiar than many will expect … as in nothing much has changed save for the complete lack of human life. Of the event that led to the downfall of mankind, Morano and I Think We’re Alone Now screenwriter Mike Makowsky wisely offer no definitive answers on the matter, simply dropping you into a world in which it happened, and that a dwarf in Upstate New York somehow survived. Morano opens the film with said dwarf (played by the always amazing Peter Dinklage) amid a house by house cleaning session of every dwelling in town, scavenging for simple things like batteries while ridding every home of rotting food … and of course rotting corpses.

With that setup, it’s no surprise silence rings heavy in the film’s first 15 minutes or so, with not a single word of dialogue spoken. It’s a testament to Dinklage’s skill as an actor that he carries those stark opening moments with an easy grace. That he does so while quietly conveying the waves of emotion one would expect to accompany the gruesome and repetitive nature of such an existence, is nothing short of miraculous. That isolation ends in a literal explosion of emotion as a late night fireworks display announces the arrival of Grace (Elle Fanning). Morano wisely underplays the ongoing turmoil that follows that arrival, instead opting to explore abstract delicacies of the emotional tete-a-tete that follows.

As such, I Think We’re Alone Now‘s dramatic impact lay squarely on the shoulders of its leads. While Fanning and Dinklage make a compelling pair purely from a visual standpoint, it’s how each handles the intertwining of their character’s tricky narrative arcs that makes the first two acts of the film such a thrillingly understated character piece. All of which makes the big twist that sets the third act in motion a frustratingly off-key misstep.

You’ve probably already guessed that said twist expands the world of I Think We’re Alone Now in a fairly dramatic way … though I would offer it expands the world in a patently unnecessary way. Without spoiling much, I’ll simply tell you that, in and of itself, said twist is actually pretty interesting. I’ll also tell you that it ultimately feels like it belongs in another movie altogether. Fanning and Dinklage should be lauded for rolling with that twist, but as much as they try to make it play, the tonal shift it swings beneath the film proves to be of the seismic sort, and I Think We’re Alone Now never quite finds its footing again.

In spite of that near fatal misstep, Morano still manages to deliver an intriguing, small-scale sci-fi drama with an impressively grandiose emotional stake. Working as her own DP (as she did on her marvelous feature debut Meadowland), she also delivers an impeccably photographed little drama awash in glorious natural light and possessed of deeply cast shadows. Like Meadowland, the pieces are ultimately greater than the sum in I Think We’re Alone Now, but it stands as another powerful reminder that we should all be looking forward to the day when Morano starts fitting them together.

I gotta say, I’m quite divided on this one. On the one hand, I Think We’re Alone Now is exactly the sort of intelligent, broad concept indie that the sci-fi genre needs these days, and for the most part, Morano executes her concept brilliantly. On the other, the film’s third act arc is more problematic than it is provocative, and very nearly sinks the stark, human drama that precedes it. So, what I can tell you is simply this: I really have no idea if I Think You’re Alone Now will be worth a dollar to all of you, but I’d be willing to bet that most of you will find exactly half of this movie profoundly affecting and well worth a buck. And I’d be genuinely curious to find out which half is worth that dollar to each of you.

Should I Buy Refurbished Electronics?