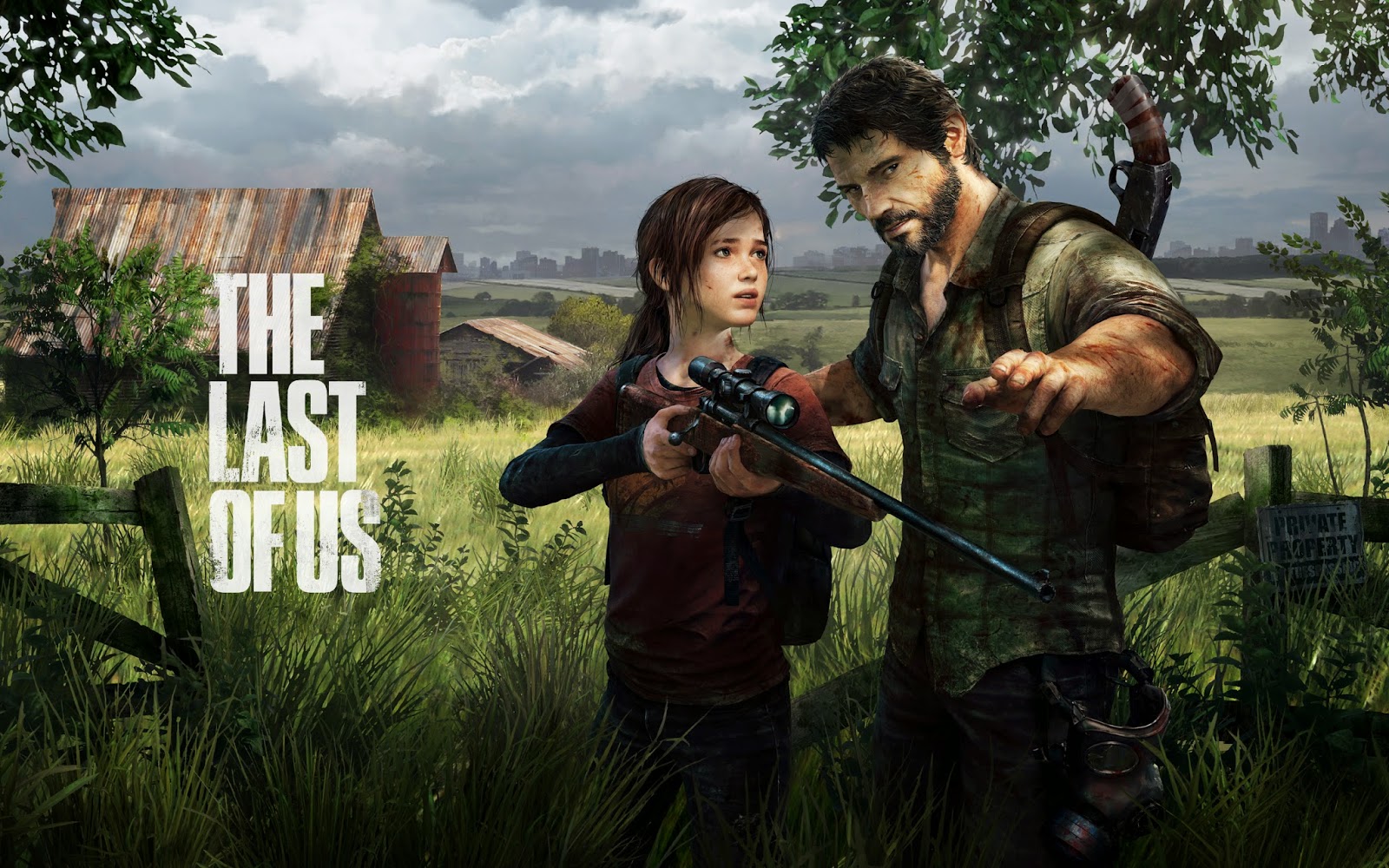 The Last of Us is the brain-child of Naughty Dog studios. It’s hard to believe that this is the same company that began with the Crash Bandicoot franchise (a game I still love to play). Clearly they continue to thrive with their latest creation.

The Last Of Us – Characterization

In a post-viral-outbreak world, you are Joel; a gruff oldster who is haunted by past tragedies. As a result, he is an unsympathetic, no-nonsense man who is tasked with escorting Ellie, a witty and brazen young girl harboring a vital secret through the demolished and dangerous United States.

The immediate strength in this game is the successful characterization.

Joel has been hardened by his past experiences. This is evident by his intuition when it comes to handling not only the virus-infected zombies, but also the numerous bandits encountered throughout the game. He is also slow to open himself up to people as a result of the heartbreak experienced firsthand in the introduction to the game. As the storyline continues, his guard comes down for Ellie and you get a glimpse of the man he was before the outbreak.

Ellie provides the perfect counter-balance to his personality. She provides humor and keeps the mood light… well as light as the mood can be when dealing with fungus-infested humans. She is also a decent shot when Joel eventually trusts her enough to handle a weapon.

You find yourself genuinely invested in these characters and the constant danger they find themselves in leaves you feeling tense and protective.

Part of the characterization is achieved by the impeccable graphics. The graphics in this game are unbelievably realistic. The use of motion-capture truly made the difference for capturing true-to-life facial expressions. Facial expressions lend even more personality to each character introduced. You get to see the scowl that comes with Joel’s response to Ellie’s questions about his past. You can see Ellie’s feisty fourteen-year-old expressions when presented with Joel’s occasional controlling behavior. 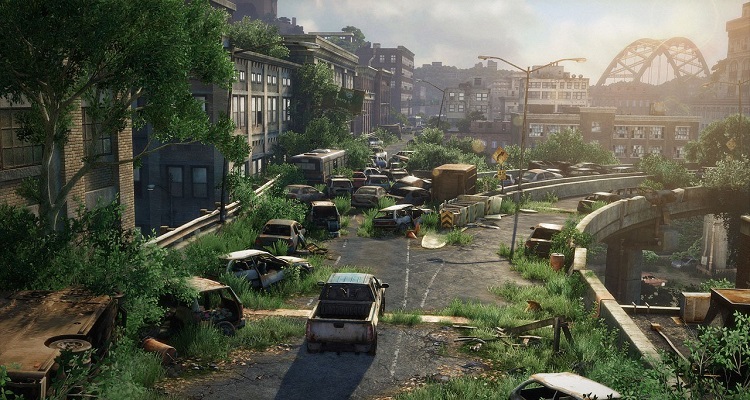 When speaking about the graphics, you have to acknowledge the locations. From the gritty quarantine zones, to the panoramic landscapes of the wilderness, the amount of detail forces you to pause (not, literally because there is no pausing in this game) for a moment to look around and appreciate the amount of work these developers put into their games.

Abandoned homes where you scavenge for supplies show children’s bedrooms with stuffed animals and pictures in frames. Teenager’s rooms have posters from their favorite bands and movies. It all adds to the realism of this game. It’s easy to forget you’re playing a game and not watching a movie.

As immersive as the story and presentation are, you still have to actually play the game!

If you have played any of the Uncharted games (also by Naughty Dog), you will immediately feel comfortable with the controls.  If you have not, a quick in-game tutorial is presented whenever a new action is introduced.  The developers did a good job of gradually adding new layers to the game-play without overwhelming the player.  It felt like a natural progression, as you moved away from the relative safety of the quarantine zone to the dangers of the unknown out in the wilderness and the dangers are abundant.

You will encounter an assortment of foes that try to impede your way, all of which highlight the evolution of the fungal virus right before your eyes.  Soldiers trying to keep the peace, bandits looking to survive any way they can, and of course the two forms of infected that populate the world; the “runners” and “clickers.”

Runners are standard infected and live up to their name, so if spotted, be ready to move quickly. Clickers, however, have been infected for a very long time as apparent from the fungal growth on their heads instead of human faces.  They are blind but hear extremely well, and unlike the runners, can kill very quickly.  If you get caught by a clicker, get ready to reload your game.

Each situation Joel and Ellie experience can be approached in a variety of ways.  You can run and try and blast your way through the enemies or opt for a more stealthy approach.  The game encourages the use of stealth, as Joel and Ellie can distract the enemies with bottles and bricks found throughout their travels.

The cover system that was used in Uncharted is here as well, allowing you to distract your enemies and silently move through an area undetected.  Get spotted, however, and be prepared for hordes of fast moving enemies.  The AI is very challenging, as soldiers and bandits will organize plans to flank and lure you out of your hiding spot, while the infected will simply run towards any detected action. Supplies and ammo are limited, so having to fight through twice as many enemies will increase the tension and empty your backpack.

Luckily, post-apocalyptic worlds are ripe for the scavenging.  Parts are used to upgrade your weapons at workbenches while supplements upgrade various attributes of Joel, from overall health to how much weapons sway while aiming.  Supplies can be found almost anywhere, allowing you to craft weapons and tools that help you on your journey.  First-aid kits, shivs, and Molotov cocktails are vital to surviving, so exploring each environment for the necessary ingredients becomes second nature.  Many of these tools require the same ingredients, however, so a strategy needs to be formed as you play through the game.

Do I make a first-aid kit and heal, or do I create a Molotov cocktail to dispose of the enemies in front of me?  Each situation requires this type of thinking and does a great job of raising the stakes.  On top of that, all the crafting is done in-game, so if you’re in the middle of a firefight and need to heal, make sure you find some cover first.

The developers at Naughty Dog have truly created a classic zombie game. All the elements are there; interesting characters, bad guys you love to kill, challenging game-play, awesome weapon choices, and of course, zombies.