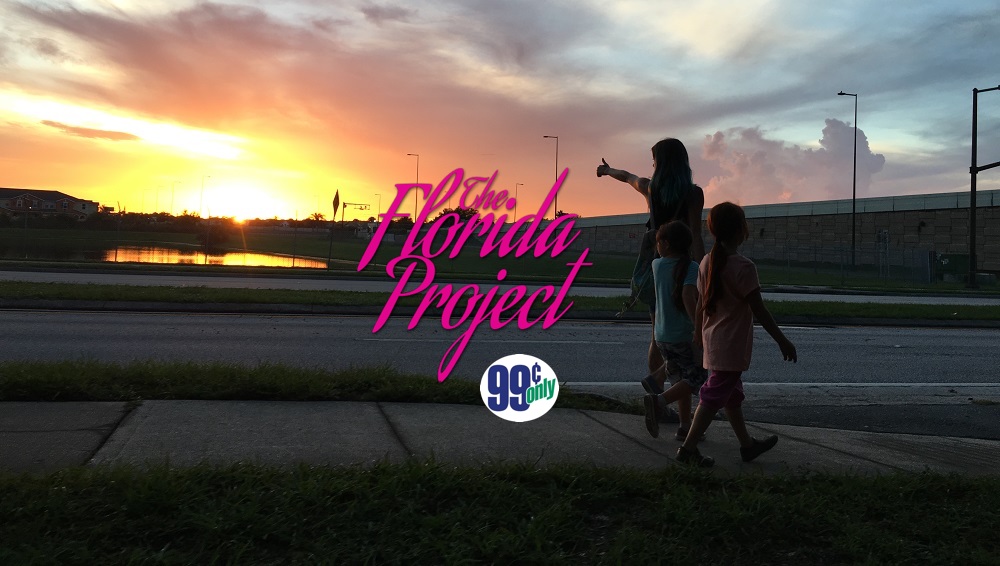 This week, a precocious six-year-old learns some hard life lessons in The Florida Project.

This Is the Life, Man

Whiling away their days in the steamy confines of a dingy Orlando motel, Moonee (Brooklynn Prince) and her Mom, Halley (Bria Vinaite) are living life on the margins. Moonie passes her days getting in and out of trouble with besties Scooty and Jancey. Meanwhile, her mom fights tooth and nail to keep a roof over their heads and food in their bellies. As the sunshine state settles in for another long, hot summer, a simmering desperation begins to build, and something’s gonna have to give if Moonie and her mom are gonna break free. Can they find a way to make a little magic in the shadow of The Magic Kingdom? Or will a life on the edge become too much for them to handle? Find out in Sean Baker’s heartfelt and heartbreaking drama, The Florida Project. 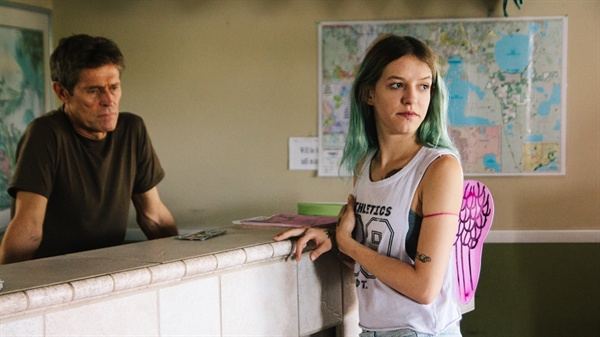 Alright, that synopsis probably made you think that The Florida Project is another one of those hard-hitting indies consumed with exploring the tragic choices forced upon marginalized communities. To an extent, that’s exactly what The Florida Project is. The film unfolds in the same seedy environs and with the same pressing tension as Sean Baker’s previous effort Tangerine. Baker’s latest also mines similar dramatic terrain, presenting the residents of The Magic Castle motel as decent enough people just trying to get by and stay out of trouble, even as circumstances seem bent on propelling them towards it. Of course, getting by in the vacuum of marginalization can often mean doing something that isn’t strictly legal. As such, much of the drama within The Florida Project stems from single-mom Halley’s struggle to provide in a societal system that deems her less than desirable.

Baker presents that struggle with an unflinching naturalism that never allows it to sink into the realm of melodrama. In and of itself, that plot line is rife with enough drama to fill the runtime of most feature films. But not The Florida Project. No, in Sean Baker’s world, that potent narrative is essentially a framing device for a much simpler story, one focused on the wide-eyed charisma and waning innocence of the children directly affected by actions of their parents.

At the center of that story is a charmingly tough-minded little girl named Moonee. The Florida Project opens with Moonee and her pals staving off the boredom of another hot summer day by gleefully terrorizing tenants of a neighboring hotel. The film ends with Moonee back at that same hotel, tearfully trying to explain to her friend (and finding herself agonizingly unable to do so) what’s happening to her. It’s a stark difference in tone to be certain. We spend the moments in between watching Moonee and friends curse and spit and run around town the way that any normal kids would, only they’re doing it in places most kids would be forbidden from going.

The coup of Baker’s film is that he finds a way to present those moments as both naturalistic and cinematic. And make no mistake, The Florida Project is photographically breathtaking in a way that only cinema can be, but there’s also not a single moment in the film that the young actors don’t just feel like they’re just being kids. None of those performances are more engrossing than that of Brooklynn Prince. The gifted newcomer imbues her Moonee with equal parts childish innocence and knowing stoicism. It’s her irreproachable charm that draws us into the film. It’s her unbridled energy that keeps us engaged. And it’s ultimately her fractured spirit that leaves us in tears.

That fracture is all but inevitable in the end. After all, only so much innocence can exist in a vacuum. As reality slowly sets in for Moonee and her Mom, well, the story shape-shifts from youthful exuberance into a hauntingly realistic tragedy. Still Baker’s story is so delicately rendered that you hardly notice the overarching, adult-tinged narrative is perpetually chipping away at the film’s inherent innocence. Caught in the middle of the two worlds is a soft-hearted hotel manager named Bobby (Willem Dafoe in one of his finest performances), who goes to noble lengths to protect Moonee and her Magic Castle family, even though he knows there’s not much he can do to save them from their circumstances.

As is so often the case in this country (no matter how close to The Magic Kingdom you live), circumstance is the driving force for the characters trapped in The Florida Project‘s heartbreaking narrative. And yes, Sean Baker’s film will break your heart. But its the sort of heartbreak that will hopefully find you wanting to open your heart rather than close it. Not because you’re going to be compelled to run out and start helping all the people living their lives on the margins (though you very well might be), but because you’re (maybe for the first time) sort of able to understand them. 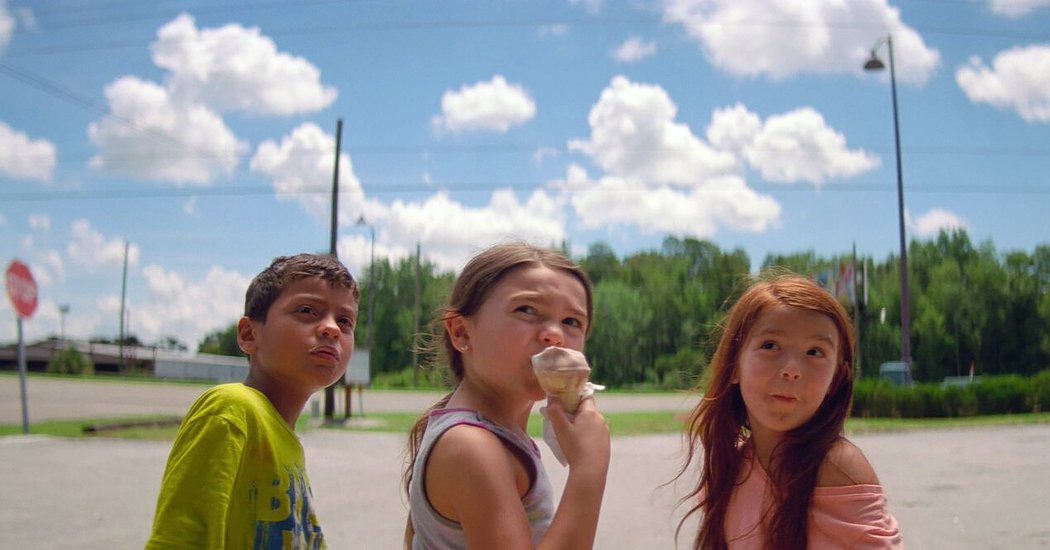 You bet. The Florida Project was almost universally hailed as one of the best films of 2017, and, well, if you’ve seen it, then you know it’s almost impossible to refute that label. If you’re one of the few who didn’t have a chance to catch Sean Baker’s film in theaters (myself included), there’s no better time to than now to experience this film for yourself. That you can do so for just $0.99 this week is nothing short of a gift. And it’s one you should accept gratefully.