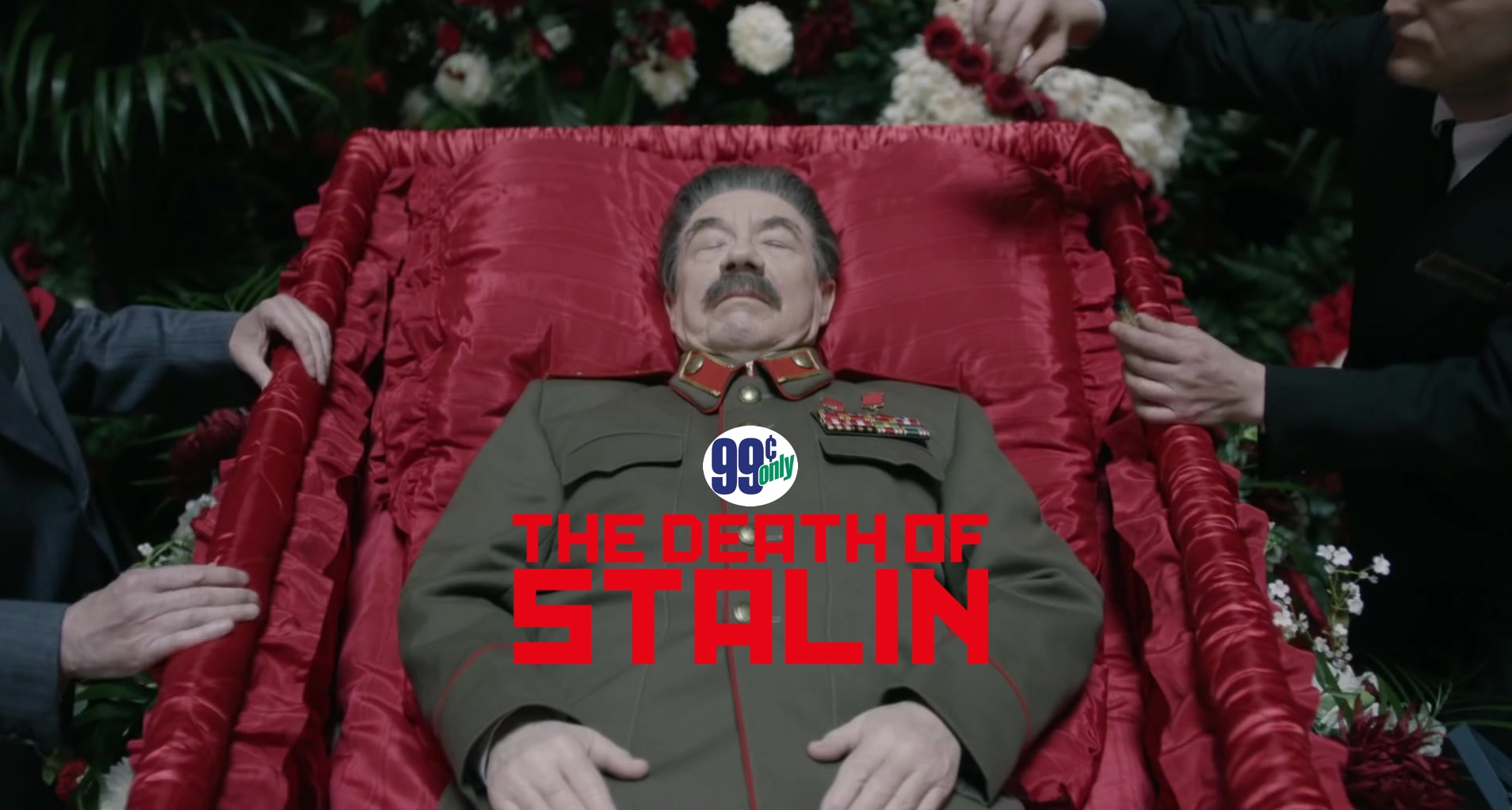 This week, all hell breaks hilariously loose when a savage dictator leaves the mortal plane in The Death of Stalin.

Moscow. 1953. After 30 years in power (and condemning upwards of 20 million of his own citizens to death), Soviet dictator Josef Stalin is found dead in his office. In the wake of their feared leader’s demise, Stalin’s trusted Council of Ministers is tasked with selecting a suitable replacement. As each scrambles to make his own case, so begins one of the great political power struggles in the history of the worlds … and if Armando Iannucci’s The Death of Stalin is to be believed, it was also one of the most hilarious. 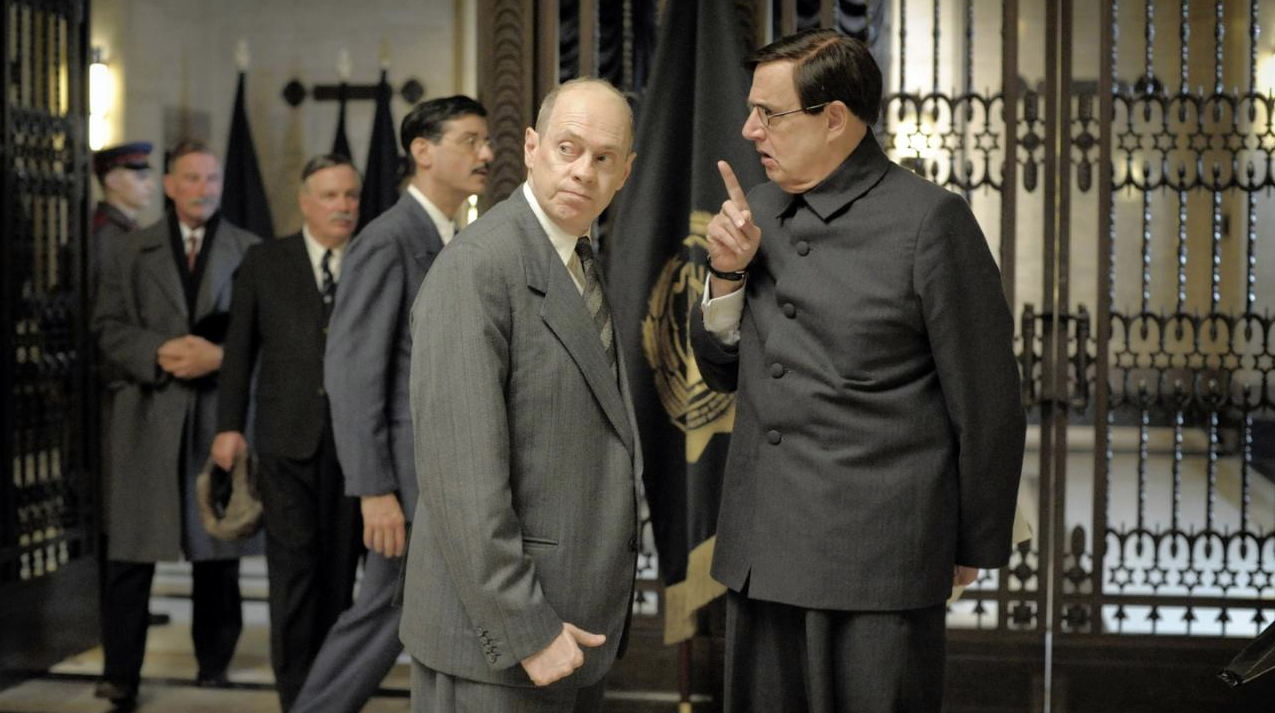 I Know the Drill … Smile, Shake Hands and Try Not to Call Them C**Ts

You read that correctly. The Death of Stalin is, in fact, a comedy. One that mines some of the darkest corners of Russian history to raise some of the biggest laughs of the 21st century. No that’s not an overstatement. Sprung from the delightfully twisted mind of writer/director Armando Iannucci (Steve Coogan’s Alan Partridge BBC series, 2009’s scathingly potty-mouthed political farce In the Loop, HBO’s Emmy-winning Veep), The Death of Stalin opens in a deeply paranoid Russian state decimated by The Great Terror. It closes with a sobering act of violence shocking both in its savagery and its ceremony. The moments in between find Iannucci spinning an endless stream of hearty belly laughs, salaciously silly scenarios, and impeccably timed one liners.

Those dueling tones would seem to paint The Death of Stalin as a film perpetually (even tragically) at odds with itself. And yet, the film never once feels the slightest bit off-kilter. Not when the head of Russia’s secret police is callously delivering execution orders to subordinates, not when Stalin himself keels over dead in his office, and not when Stalin’s top officials try to out-plot and maneuver and sabotage each other in hopes of becoming his successor. These are wildly dramatic moments to be sure, each drawn from a chapter of relatively recent history that demands a certain level of veracity.

And yet, even as Iannucci finds harrowing drama in every back room conversation and backstabbing act of subversion, he also finds wicked pockets of humor in the power-grabbing insanity behind every bawdy moment. In the hands of a lesser filmmaker, that approach would indeed find a deeply flawed, succinctly uneven film that misses the mark in terms of drama and humor. In the hands of Iannucci, the duality itself becomes the film’s unifying factor, with the writer/director blending each tone so seamlessly together it’s often hard to tell whether he wants you to laugh out loud at the barbarically foul-mouthed madness unfolding in front of you or openly wince with each lewd word or vulgar act.

Though Iannucci has become one of the great comedy writers of our age, it’s often unclear which reaction he might prefer from audiences with The Death of Stalin. Throughout the film, he’s all but daring viewers to laugh at even the film’s darkest acts of depravity, and doing so by not just writing each murky moment with a sharp, caustic wit, but allowing his actors to play each lecherous deed and lascivious dialogue exchange for laughs.

Make no mistake, whether you want to or not, that cast – comprised of British and American actors all wisely (and hilariously) speaking in their native accents – and Iannucci’s crisp, fearless scripting will have you doubled over with laughter for most of the film. More often than not, those laughs will be spelled by the immediate thought that maybe you shouldn’t be laughing at all, if only because as bonkers as what’s happening on-screen might seem, it’s also probably not that far from reality.

As such, The Death of Stalin manages not just to offer a searingly witty look behind one of the more remarkable turnovers of political power in modern history, but also to act as a sort of mirror for the absurdly unyielding political strife that’s consuming the world at the moment. In doing so, it dares to pose the all important the question of how long we’re expected to chuckle and shuffle along before we start taking matters seriously. After all, wasn’t it a perpetual state of inaction that led to Stalin’s reign of terror in the first place? 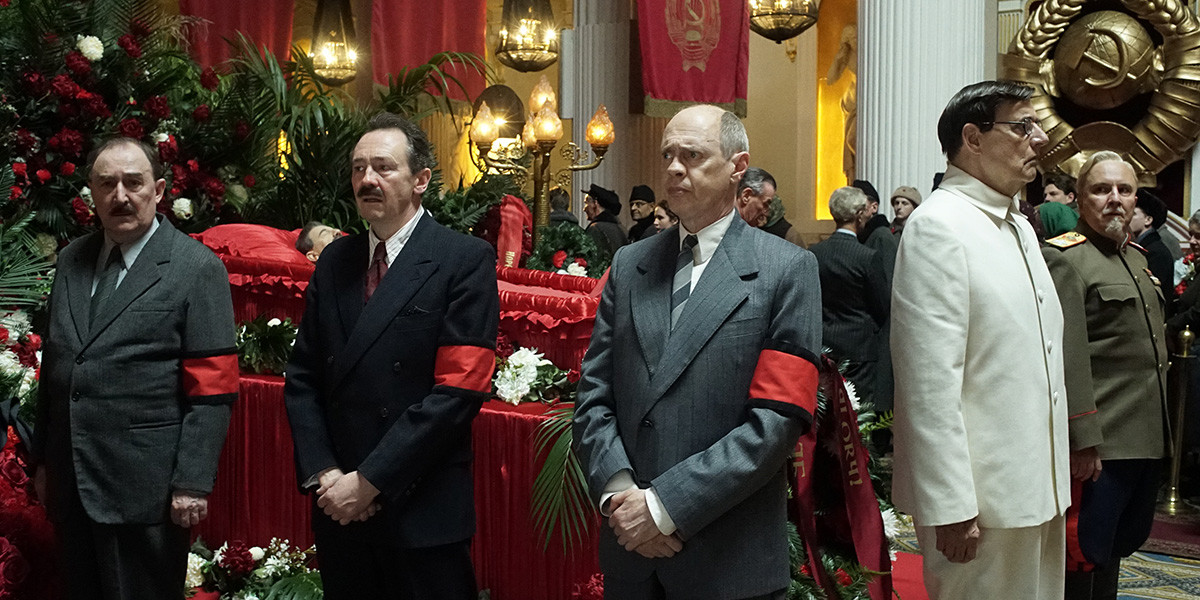 You bet. Cleverly scripted, surprisingly insightful, beautifully acted, and unsparingly savage in the end, The Death of Stalin is not just one of the funniest movies of 2018, it’s likely to go down as one of the funniest movies ever produced. Either way, Iannucci’s acerbic, relentlessly funny comedy of Kremlin errors is certain to be one of the best films you’ll see this year. And it’s an absolute steal for just $0.99.