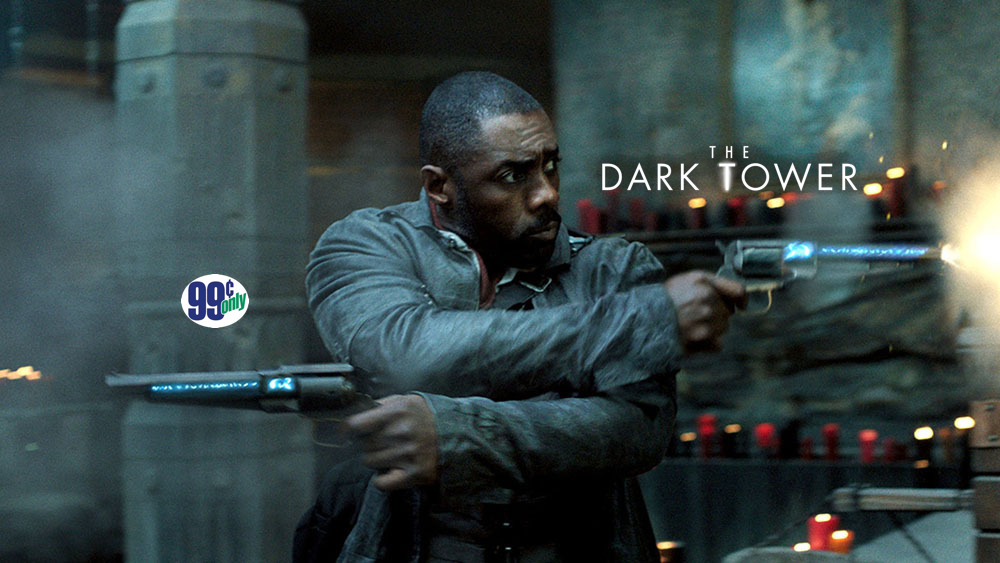 This week, a sullen teen with psychic powers helps save the universe in The Dark Tower.

After the tragic death of his father, NY teen Jake (Tom Taylor) has struggled to put his life back together. He’s also been plagued by vivid dreams depicting end-of-days events and a ceaseless conflict between a gun-slinging stranger (Idris Elba) and a powerful wizard dressed in black (Matthew McConaughey). When Jake’s real life troubles begin to overlap with those of his dreams, he suddenly finds himself at the center of a centuries old battle to protect a far off tower that happens to be keeping ghoulish creatures from destroying the universe. With the Gunslinger at his side, Jake sets out to save the tower and put an end to the man in black’s devious plans once and for all. But are there enough bullets in Mid-World and Earth to do it? Find out in Nikolaj Arcel’s misguided adaptation of Stephen King’s beloved series, The Dark Tower. 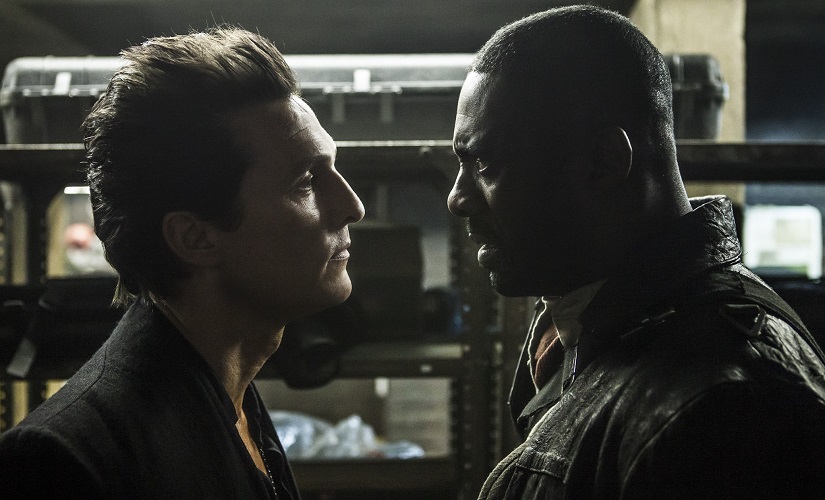 I Aim With My Hand, I Shoot With My Mind, I Kill With My Heart.

With one legit blockbuster in IT and a couple of solid Netflix-produced features in 1922 and Gerald’s Game, 2017 was dubbed by many as the year of the great Stephen King adaptations. Just a few years ago, it would’ve been easy to imagine naming The Dark Tower amongst those great adaptations. Sadly, the anticipated big screen version of King’s books found itself mired in production limbo with a revolving door in the director’s chair (J.J. Abrams and Ron Howard were both attached at one point) and an endless stream of rewrites that saw the scope of the project shrink from a planned trilogy to a single film. That film eventually settled on little-known director Nikolaj Arcel and a script from Akiva Goldsman. Even with stars like McConaughey and Elba on board, no-one really knew what to expect of the film when it hit theaters.

When The Dark Tower finally found its way to the big screen, all that was left of the sprawling epic was a sparse 95-minutes of characterless narrative with some clever gun play, a little half-hearted ideology, and forgettable performances from its principal cast. We’re betting you’ve already heard your share of insults lobbed at The Dark Tower, so we won’t waste too much of your time piling onto the film’s decidedly rotten reputation. Just know that Goldsman’s script is a mess of laughable dialogue and jarring tonal shifts, that Arcel directs that script with a heavy hand and a tin ear, that the film’s young star Tom Taylor brings zero charisma to the project, and that Matthew McConaughey’s performance is the very definition of “phoned-in.” That’s no joke, by the way, McConaughey actually sounds like he delivered his dialogue via long-distance call in this film.

Now, rather than continue dissecting The Dark Tower‘s many glaring problems (which would take a very long time), we thought it might be a bit more constructive to take a look at what actually works in the film. Yes, there actually are some things to like about The Dark Tower. To begin with, the premise of the film remains a cogent genre mashup of fantasy/sci-fi elements, classic western themes, and stark human drama. Even if Arcel fails to bring the film together as a whole, he still manages to craft compelling moments out of those individual elements. He also lets DP Rasmus Videbæk build a rich visual palette around them, ensuring that, if nothing else, The Dark Tower is always interesting to look at. Perhaps most notable in The Dark Tower is the work of Idris Elba who, in spite of that screenplay, brings a welcome balance of hope, humanity, and fatalism to his Gunslinger. If the film is entertaining in the least, it’s because Elba goes all in with those emotional themes to build a memorable character in this oh-so forgettable film.

Unfortunately, “entertaining in the least” is about as far as The Dark Tower reaches. As the film slogs along, hitting all the major character moments and obvious plot points, it completely glances over most of the ambitious narrative elements that made King’s source material such a rewarding read. As such, this adaptation of The Dark Tower is a bland, often boring take on a story that’s anything but. And in the end, those impressive pieces stand as a painful reminder of what could’ve been.

Look The Dark Tower is not a good movie, but it’s also not a total disaster. It’s a great looking film with a compelling premise and a few killer set pieces. If you can ignore the film’s obvious shortcomings (script, acting, tonal shifts, etc.) you might find enough to justify sacrificing $0.99 of your money and 95 minutes of your life to the listless spectacle that is The Dark Tower. Of course, if those things really matter to you, well, you’re likely to be begging for a bullet about 20 minutes into this film. Either way, you’re probably better off renting the other $0.99 rental this week, Ruben Östlund’s acerbic social satire, The Square, which was one of the best films of 2017. The choice is yours, my friends.