Home NewsEntertainment The iTunes $0.99 Movie of the Week: ‘Eighth Grade’
EntertainmentTV and Movies 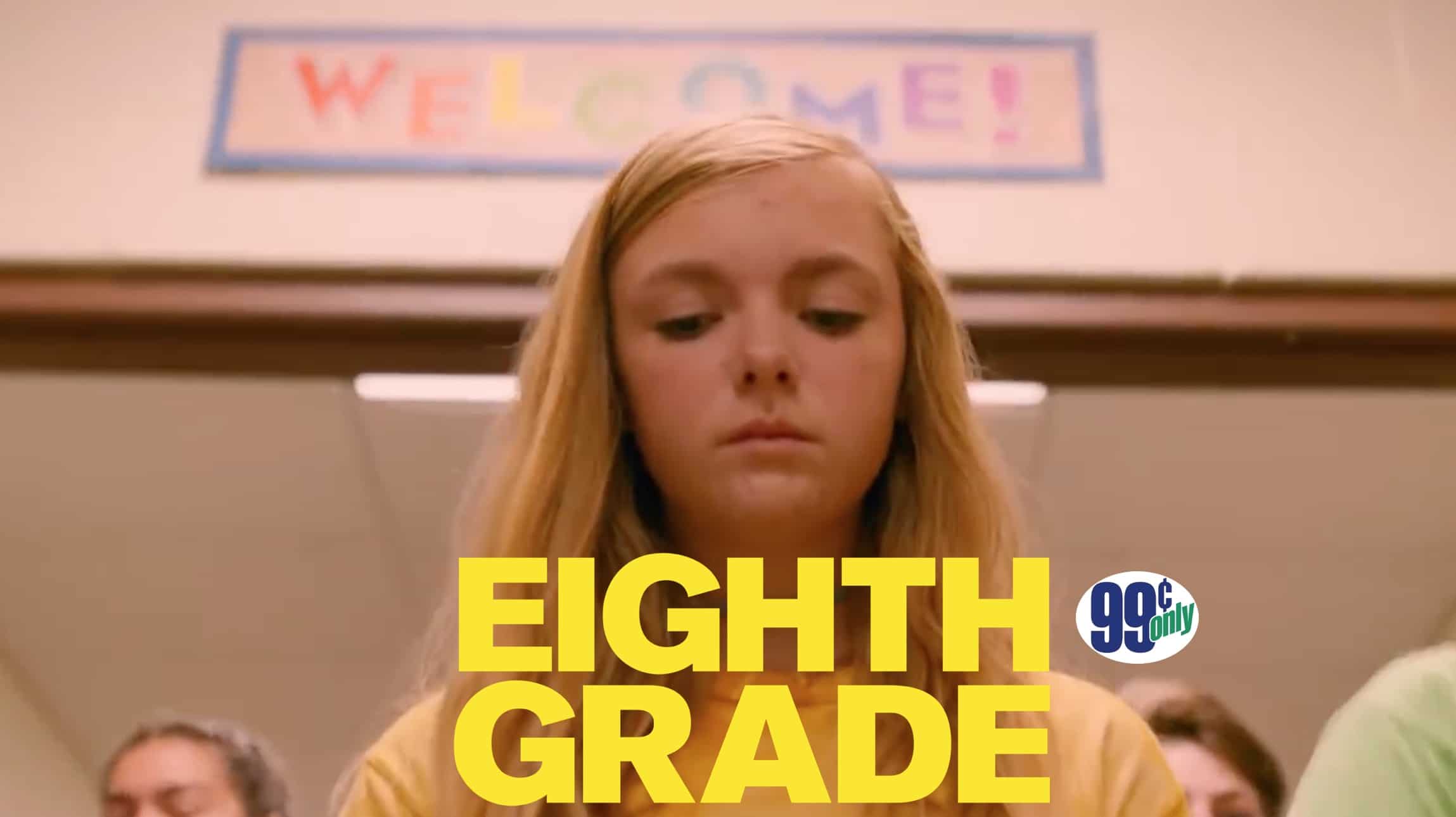 This week, a kind-hearted 13-year-old tries to navigate her last week of Eighth Grade.

Do I Make You Sad?

Kayla Day (Elsie Fisher) is 13 years old. She’s smart, funny, and caring. She’s one of the good kids in her school, but she’s also a bit of an introvert, and that’s part of what’s making her final days of middle school such a disaster. As Elsie aims to push herself out of her comfort zones, she may just find her voice before hitting high school. That is, of course, if she makes it through her final days of Eighth Grade.

Growing up Can Be a Little Bit Scary and Weird

I feel like I can hear some of you groaning out there at the thought of watching yet another “coming of age” drama. While I tend to share your belief that there are probably a few too many schmaltz-fueled, life-affirming stories about awkward kids struggling to find themselves amid chaos of personal and school-related dramas, I’d like to ask you to keep your groans to yourself, because Eight Grade is not one of them.

Ok, that last little bit wasn’t exactly accurate. Eighth Grade is, in fact, a life-affirming “coming of age” story about an awkward kid trying to find herself amid the chaos of personal and school-related dramas. The reason you’re gonna hold that groan of yours is because Bo Burnham’s timely, tenderly observed dramedy is light years better than most of its genre contemporaries.

Before you ask, yes, I’m talking about that Bo Burnham, the same stand-up wunderkind who (at the tender age of 18) broke onto the comedy scene by becoming the youngest performer to ever appear on Comedy Central Presents. That was almost a decade ago, and in the years since, Burnham’s insightful schtick has made him one of the most renowned comedians of our age. Seems scoring big on the stand-up scene wasn’t enough for the funnyman, ’cause 2018 found Burnham turning his wit-filled mind and piercing gaze towards the world of indie cinema, claiming both the writer’s and director’s chairs to deliver a soul-piercing, astonishingly assured feature film debut. 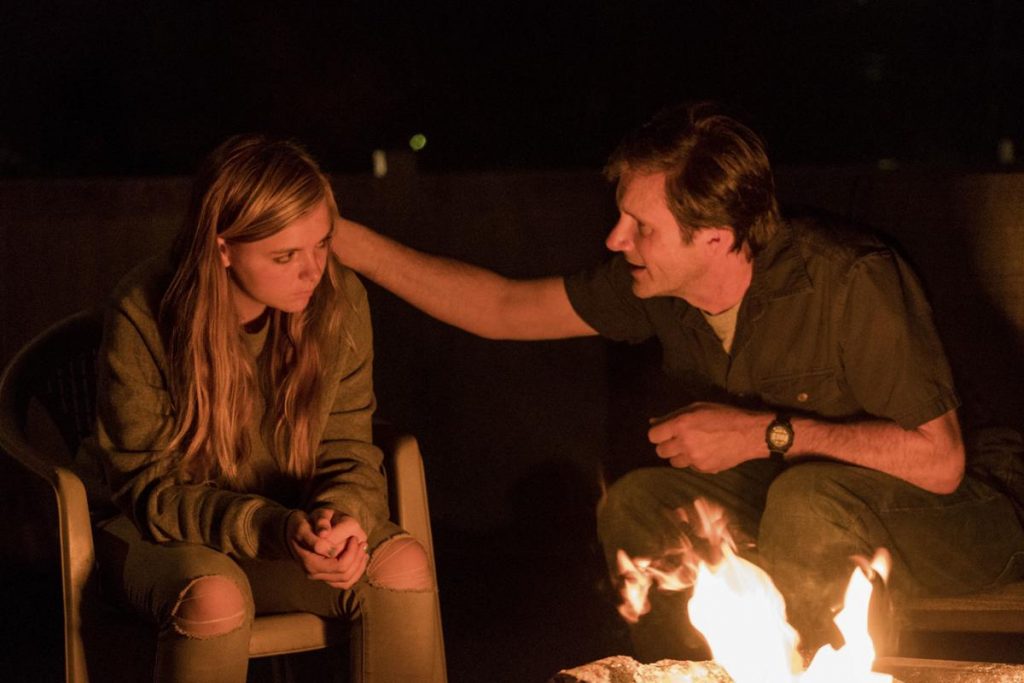 If you’re familiar with Burnham’s work, it’ll come as no surprise that he might deliver a sharply written, vividly realized little movie that effortlessly toes the near invisible line between comedy and drama. What should surprise you is the world that Burnham (himself not yet 30 years old) explores in Eighth Grade, ’cause there’s nothing in Burnham’s comedic repertoire to suggest he should have any insight to offer on the state of early teen culture today.

That outsider’s sort of insight into matters likely has a lot to do with Eighth Grade‘s surprisingly poignant tale of a young woman’s torturous journey through the end of the eponymous school year. It may have more to do with the fact that nothing (save for the relatively recent glut of school shootings and social media madness) has really changed all that much in youth culture over the past several decades, and therefore every single human being currently alive had at least a similar experience in their last year before entering high school. Either way, Burnham mines the ever-fertile narrative terrain to craft a heartfelt ode of awkward teen angst to end them all. One rife with boy crushes, mean girls, and well-meaning parents that are never privy to exactly what’s going on with their kids.

Throughout, Burnham keeps Eighth Grade relatively simple in terms of scripting and stylistic flourishes, updating his “coming of age” drama for the social media age while never straying too far from the tried and true “growing up is hard to do” formula. That Eighth Grade never once feels formulaic is a testament to Burnham’s uncannily astute take on modern teen life … not to mention the charm and skill of his young star Elsie Fisher (Agnes from the Despicable Me series).

Of Fisher’s work in the film, I’ll simply say it’s full of warmth, compassion, and soul-crushing angst. It’s the reason you’ll find yourself cringy and giggly and sweaty with anxiety throughout Eighth Grade. It’s the reason Burnham’s film feels so intrinsically authentic. And it’s the thing that elevates Eighth Grade from being a pretty good “coming of age” film to one of the all time greats. “Gucci!” 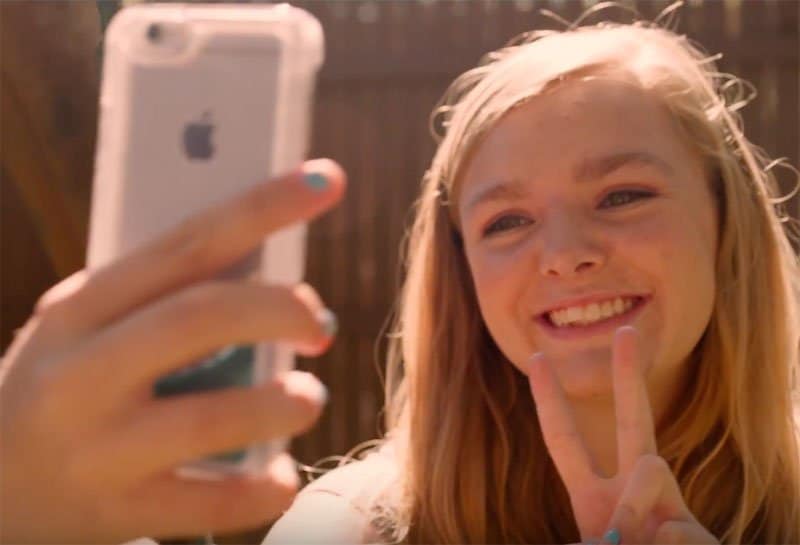 Eighth Grade may not sport a complex narrative, dazzling special effects, or arresting visuals that tend to get movies noticed by the masses these days, but what it may lack in style, it more than makes up for in heart, humanity, and authenticity. Sometimes a little bit of each can take a movie a long, long way. Eighth Grade is a really good little movie that happens to be bursting at the seams with each. That absolutely makes it worth the rental price of one measly dollar, and you’ll know that to be true about ten minutes into this indie gem.