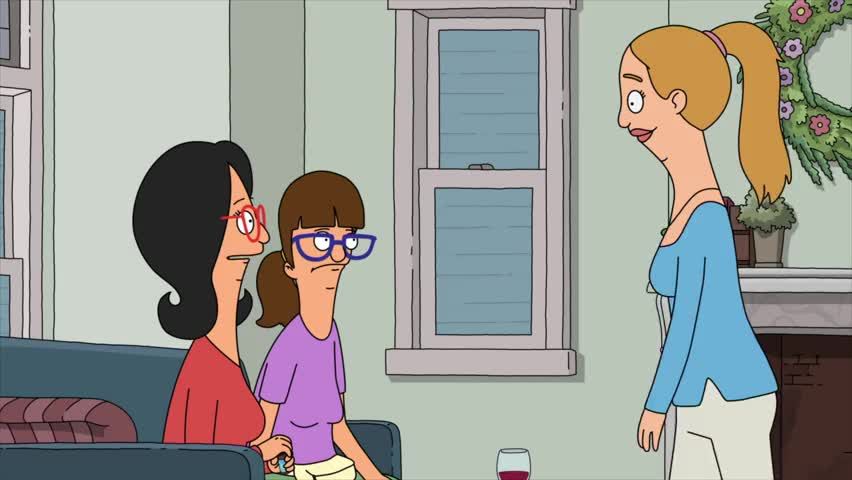 The Belcher crew is back for 2019, and they’re as adorably goofy as ever. It’s an entertaining sitcom that can be thoroughly enjoyed at face value with no real thought required. And, if that’s the way you like your Bob’s Burgers, then that’s great. But if you want to go a little deeper, there are lessons to be learned this week about self-acceptance, peer pressure, and knowing one’s limitations. Oh, and also about back tattoos (but we’ll just leave that one alone for now).

Generally speaking, Bob and Linda are pretty grounded. They know who they are, and, while they’re not always thrilled about how things have turned out, they seem genuinely happy with each other, with the kids, and with their station in life. That’s why Bob is able to convince Mr. Huggins that he just needs to be honest with his new lady friend, even if that means admitting how nervous he is.

Linda, on the other hand, has a new friend who’s challenging Linda’s sense of self-worth without even knowing it. Let’s face it—we’ve all had an Angie or two in our lives. They’re the people who look fantastic, are good at everything, and have a ton of friends. And you really, really want to hate them, but they’re so likable that you just can’t. In fact, deep down, you just want to be them. And you desperately want their approval, so you go along with whatever they suggest whether it’s a good fit for you or not (and it usually isn’t).

So, in the end, the Angies of the world end up using the rest of us to do their bidding, and the nice ones (like Angie) don’t even realize that’s what they’re doing. But the rest of us—the Lindas and Gayles and Reggies—have to realize that, no matter how hard we try, we’re just never going to be Angies. And that’s okay. But we can be the best versions of whoever we happen to be, and that’s more than enough.

Incidentally, it would be easy to paint this week’s Bob’s Burgers as a harsh takedown of the multi-level marketing industry, but it really isn’t. There’s no insinuation that Angie is trying to get Linda involved in a pyramid scheme, or even that the oils themselves were somehow fraudulent, so it would be unfair for us to assume otherwise. There’s every indication that, all things being equal, significant money could have been made in the essential oils industry.

But, even assuming that the business model itself is legitimate, we see the real reason why most people lose money with these types of marketing ventures (and, to a degree, why it’s so difficult to start and maintain a successful small business): not everyone is cut out to be an entrepreneur. For every Angie who’s literally selling ice in Iceland, there are ten Gayles with peppermint oil sticks up their noses and maxed-out credit cards. And, again, that’s okay. It just means that some of us need to think before we start that business or take that sales position. It’s just not our thing (no matter how much we may want it to be).