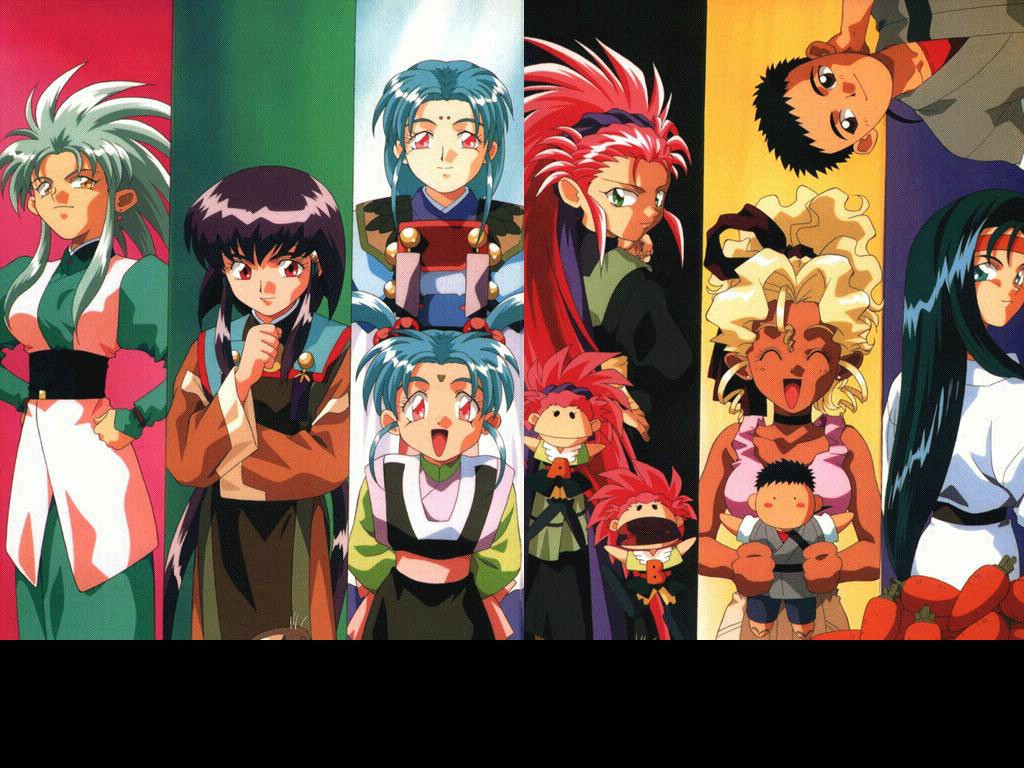 Fundraising for a new “Tenchi Muyo” (or as I like to call it “the little harem anime that really tried but ultimately should have stopped after one season”) mini series has begun in Takahashi, Japan to promote tourism in the area. The series is suppose to have 50 five minute episodes airing in Japan starting in October. The series is tentatively named “Ai: Tenchi Muyo ” and will appropriately bet set in Takahashi, Japan.

It’s not yet clear where in the “Tenchi Muyo” overarching chronology the new series will fall but endearing hijinks are sure to ensure regardless. Now while “Tench Muyo” isn’t the anime that gets my heart pumping with anticipation, or any other emotion for that matter, it did bring into a clarity the possibility of what some anime fans are calling a 90’s revival. We’ve got “Sailor Moon”, “Cardcaptor Sakura”, “Evangelion”, and now “Tenchi” either being released and repackages after years of gathering dust or getting completely new shows and films that revamp or revision the source content. Even the original “Mobile Suit Gundam” series are getting brought into circulation again via hardcover graphic novels. The success of the manga-faithful reboot of “Fullmetal Alchemist” called “Fullmetal Alchemist: Brotherhood” that premiered in 2010 a seemed to be the floodgate that made the industry realize they could tap into the reboot phenomena happening across media at large and reap benefits for fans and creators alike. Creators and their sponsors get to revisit old material and get another go at making at match to their original vision with a guaranteed enthusiastic audience. Fans get more, and hopefully a better version, of what they love along with easier accessibility on a consumer level.

What is this telling us about the industry as a whole? Is a revival really making its way to the forefront?

While the recent homages to the past are unlikely a indicator that the industry is running dry creatively we are seeing a split in the metaphorical road. There are plenty of new shows with “blockbuster” type acclaim and followings, looking at you “Attack On Titan” and “Kill La Kill” , that are running parallel to the influx of older titles. The previous and current generations of animation and animations fans are starting to occupy the same space. The question of what “kind” or “type” of animation fan you are has never been more relevant. A similar paradigm shift occurred when Studio Ghibli films hit theaters in such contrast to Disney and when shows like “Avatar: The Last Airbender” redefined what American produced animation could be. Most simply put the forefront of the industry isn’t refocusing on a different era in its history but rather expanding its center stage and what shines brightest will be decided by you the viewer.  Of course things like marketing and promotions are factors but your own personal sensibilities and taste will dictate what you deem the most exciting news of the moment whether it’s the “Sailor Moon Crystal” trailer or the “Attack on Titan” dub.

Hopefully this time will be a bonding moment for the greater animation community because ultimately we all want the same thing: compelling stories told through a unique and ever developing medium.