For the first time ever George RR Martin is offering to write in – and kill off – two lucky people. Martin is raising money for a charity, and the honour of dying to his pen goes to those who donate $20,000.

The 65-year-old has announced this week that he is raising money for the Wild Spirit Wold Sanctuary in Candy Kitchen, New Mexico, and the highest tier reward on the crowdfunding site is allowing fans to feature in the next A Song of Ice and Fire book.

“If you make a small donation to my campaign, you will automatically be entered to win an incredible experience. You and a friend will be flown out (from wherever you are in the world) to meet me in Santa Fé, where we’ll share a helicopter ride to the Wild Spirit Wolf Sanctuary.

In addition to touring the Sanctuary together, we’ll also have plenty of time to discuss the show, A Song of Ice and Fire, direwolves – and if there’s anything you have ever wanted to ask me, here’s your chance!”

However for those looking for a more extravagant donation, $20,000 will get you 4,000 entries in the sanctuary trip contest along with a chance to be immortalized in one of the forthcoming GoT instalments, and then killed off in the authors usual grizzly manner.

“At this level, you’ll get the incredibly exclusive opportunity to have George name a character after you in a future A Song of Ice and Fire novel. There is one male character and one female character available. You can choose your character’s station in the world (lordling, knight, peasant, whore, lady, maester, septon, anything) and you will certainly meet a grisly death!” 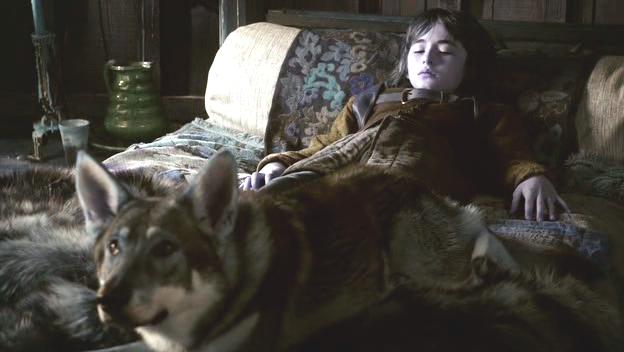 George RR Martin commented on why he was supporting the Wild Spirit World Sanctuary:

“I’ve always been fond of wolves… direwolves in Westeros, and real wolves in the real world. US wolf populations hit critical lows during the twentieth century, and finding a way for humans to co-exist with this majestic creatures is an important part of the conservation movement. The Wild Spirit Wolf Sanctuary is a 501(c)3 non-profit organization that houses over 60 wolves and wolf-dogs. Most of these animals are rescued, but don’t have the skills to survive in the wild because they were raised in captive situations.”

Will you be donating to the cause? How would you want George RR Martin to kill you off? Or what questions would you ask? Let us know in the comments or Tweet me @JonathonAalders