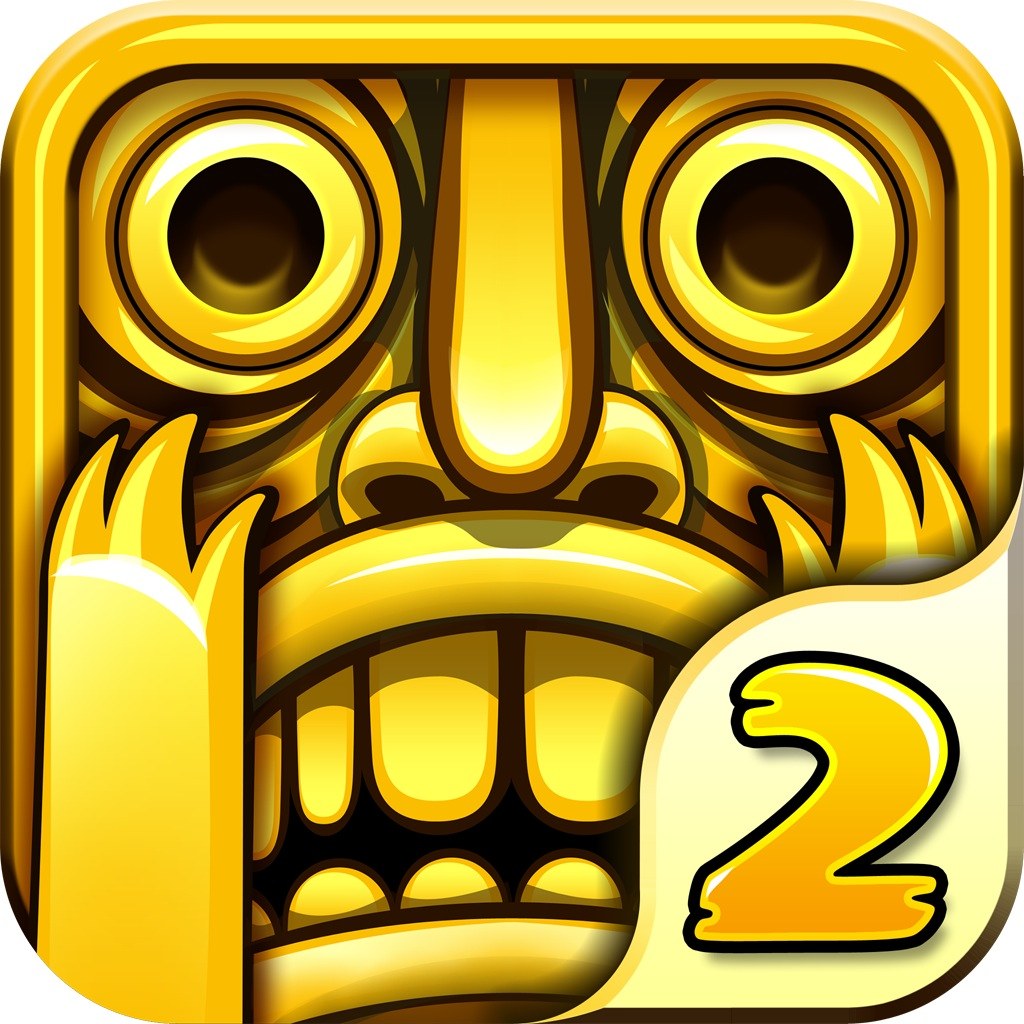 The original Temple Run has been downloaded 170 million times. 170 million. That’s ridiculous. The small indie developer, Imangi Studios, who created the monster, could have never have predicted the game’s success. The game is based on a simple concept. Essentially, you run for as long as possible without running into a tree, falling in the water, or being eaten by some huge monkey type things. 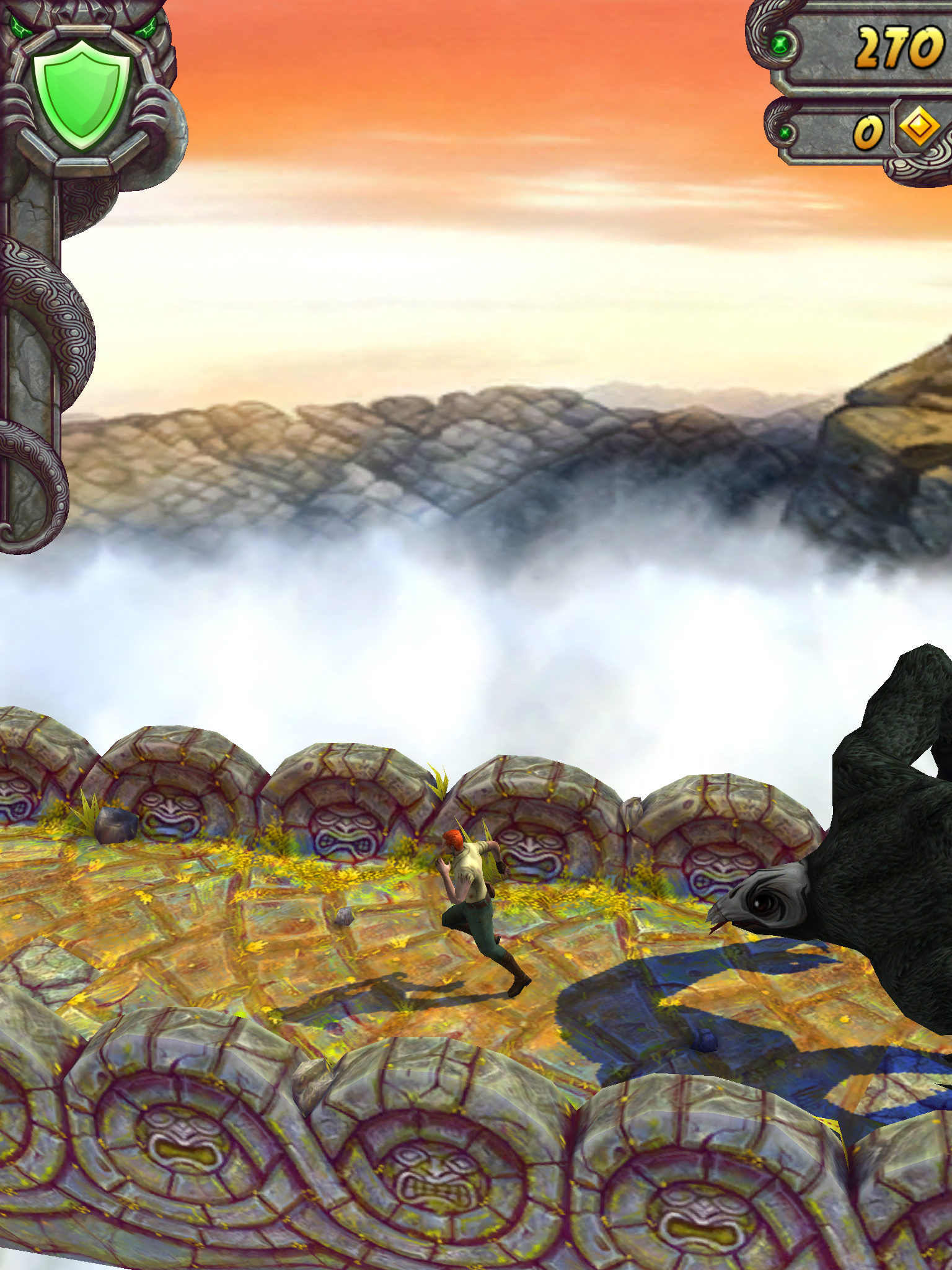 Temple Run 2 remains faithful to this concept. Which is a good thing, in my opinion. It’s the simplicity of this game that makes it so addictive. Some things have changed, however. The visuals, for example, have received a major overhaul. Temple Run 2 has been built from the ground up with new Unity engine and it looks great. The graphics have taken on almost a cell-shaded look and this works really well. Unlike the dark, dingy temple in the original game, Temple Run 2 is based on a mountain and the pallet is brighter and more vivid. There are much more diverse environments, too, with mountains, forests and underground mines featuring prominently. Unfortunately there is some pop-in which means bits of scenery seem to pop up from nowhere.

There have bee some changes to gameplay too. While the basic mechanics remain the same, the straight lines and right angled paths are gone. Replaced with curving and dipping paths which feel much more organic. There are also sections with mini-carts and zip lines which add some welcome diversity to the experience.

Temple Run 2 has four playable characters, like the original, but this time they each add a unique element to the gameplay. Each character has a power-up which can be activated by double-tapping the screen once you’ve collected enough coins. This gives the player some incentive to unlock the different characters; an incentive that was not there in the original game. These power-ups can also be upgraded by collecting gems. Both coins and gems can be bought with real money but they can also be collected during your adventures. Gems can also be used to buy an extra life when you die and although the amount of gems doubles each time you die, it’s theoretically possible to keep your run going indefinitely, if you’re willing to spend enough real money. 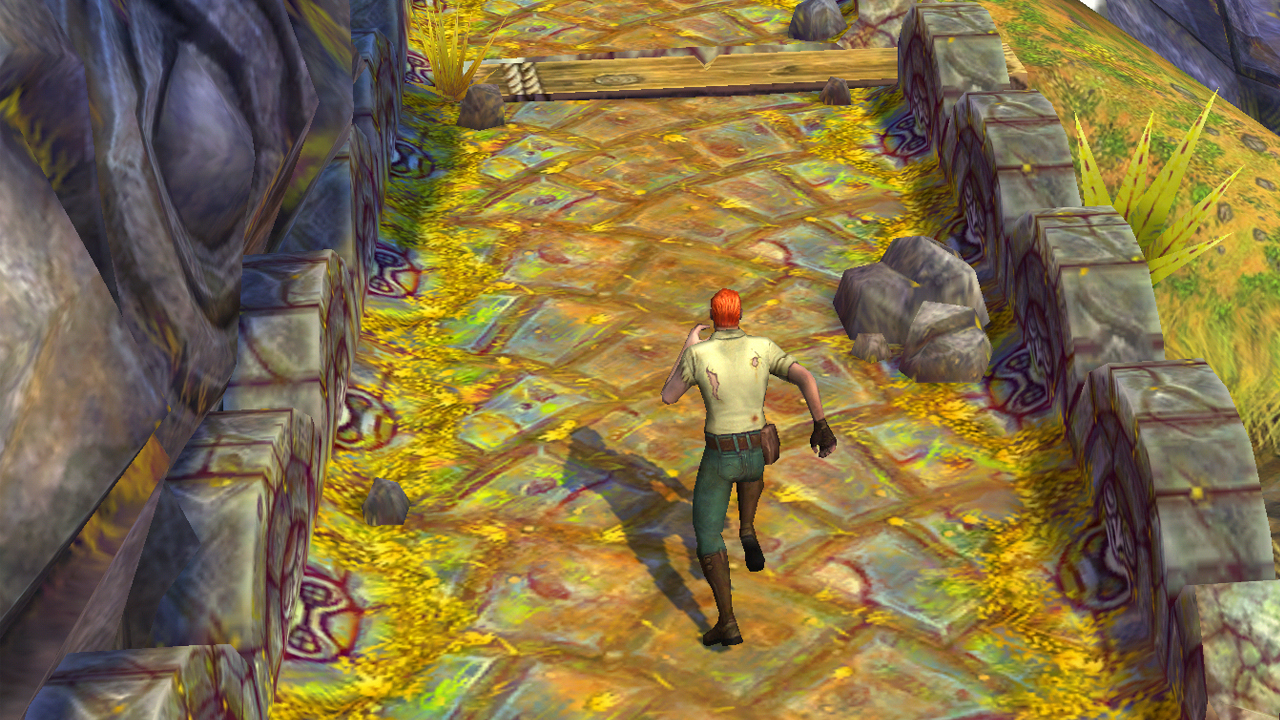 Temple Run 2 hasn’t changed the formula that was so successful last time but the small changes that Imangi Studios have introduced work well. This is well worth the download, especially as it’s free. You can’t really go wrong. A word of warning though; it remains extremely addictive. Don’t blame me if you end up losing a day. Or ten.

Niantic Lab’s ‘Field Trip’ and the Future of Ambient Intelligence

GeekGirlCon: Empowering Women, One Convention at a Time