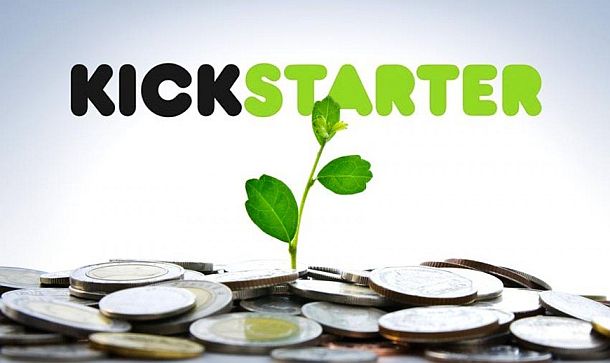 The first rule of Kickstarter is don’t be Zach Braff….

No, wait, that’s the unwritten first rule of Fight Club which doens’t exist and just STOP TALKING ABOUT IT!

The first rule of Kickstarter is to deliver. With Tech Recon blasters hitting retail shelves, while the backers of the Tek Recon Kickstater still haven’t received theirs, has Tech Recon broken the first (and most important rule) of Kickstarter?

The Tek Recon Kickstarter began in May this year . It wasn’t a new idea. It was a blaster that is basically meant to be some serious competition for Nerf. They included something ‘extra’ which has actually become the main focus of the project- An app. An app that gaver Android and iPhone users alike, the ability to download and app and then use it to shoot their friends with rubber bullets. If I was ever to buy an iPhone, the sole function would be so that I could download the Nerf app and shoot my friends. They wouldn’t even need blasters, the app would give me license to yell at them “GUESS WHAT? YOU’RE IN MY FPS!” or “IT’S COMING STRAIGHT FOR ME”. Then I’d let my Strong Arm do what it was meant to do.

The Tek Recon app wasn’t just about bringing Android and iPhone users together in combat. It boasted live chats, a HUD and all the other goodies that might be needed for us to get out into the real world, while still safely tethered to something interesting like a videogame.

Of course, with such an awesome product and some sweet deals for those willing to back it, Tek Recon met it’s goal. It didn’t JUST meet it’s goal though, a week before deadline, Tek Recon had dipped, twirled and pashed it’s goal right on the dance floor. It’s goal was totally won over, credits roll. Best love story ever. 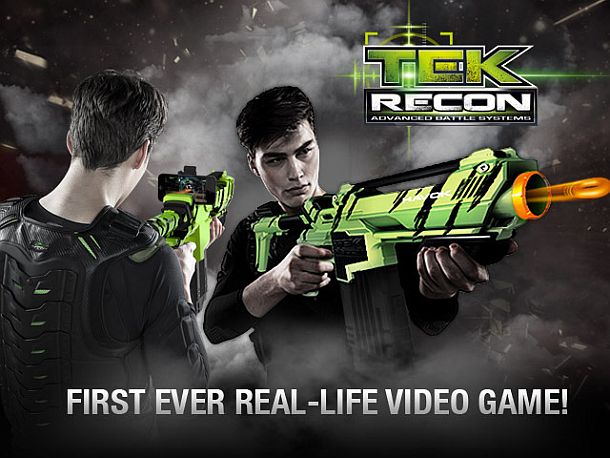 Where they went wrong.

The Tek Recon blasters have shown up in retail stores.

Bowmp- BOOOOOWWWWN (That’s my wrong noise for when things are wrong).

To their credit, Tek Recon are good with their community as far as communication goes. They’ve apologised to their community and even offered, as recompense, extra NRG rounds. They’ve explained that retailers maybe jumped the blaster, as it were, releasing the product before it was really meant to go up on shelves. They even explained ‘why’ the retailers had the blasters to go on the shelves in the first place-

“The development took longer than expected and were faced with the difficult decision to either ship some retail inventory first or lose the retail placement for the year based on contractual obligations. Ultimately the Tek Recon project could not succeed without being at retailers. “

You keep using the word ‘Kickstarter’ but I do not think that word means what you think it means.

Kickstarter, as far as I was aware, was about Kick Staring your project. The community launches you, you reward them for launching you and then you flap your wings like crazy until either the sun melts you or you get to the moon and build a Space Palace. You don’t, get your community to launch you and then grab onto a nearby commercial jet and yell “I promise, the cheque’s in the mail!”.

Is what they did SO wrong? I don’t know.

I don’t think they meant for this to happen and everyone hits backspace at least once a day. Their intent was to provide the blaster community with a product that it’s been calling out for, for a very long time. I doubt they even considered that something like this could happen.

But, even if they were being underhanded ne’er-do-wells, they still have a potentially great product. Let’s not deny this part of our nature. As geeks, we tend to forgive some pretty steep transgressions, just so we can have something awesome. For instance, we don’t talk about the prequels. But does that stop us saving up to buy Star Wars Lego? No, it does not.

Yes, Tek Recon were naughty and will probably get away with it.

You really wanted this blaster gun didn’t you?