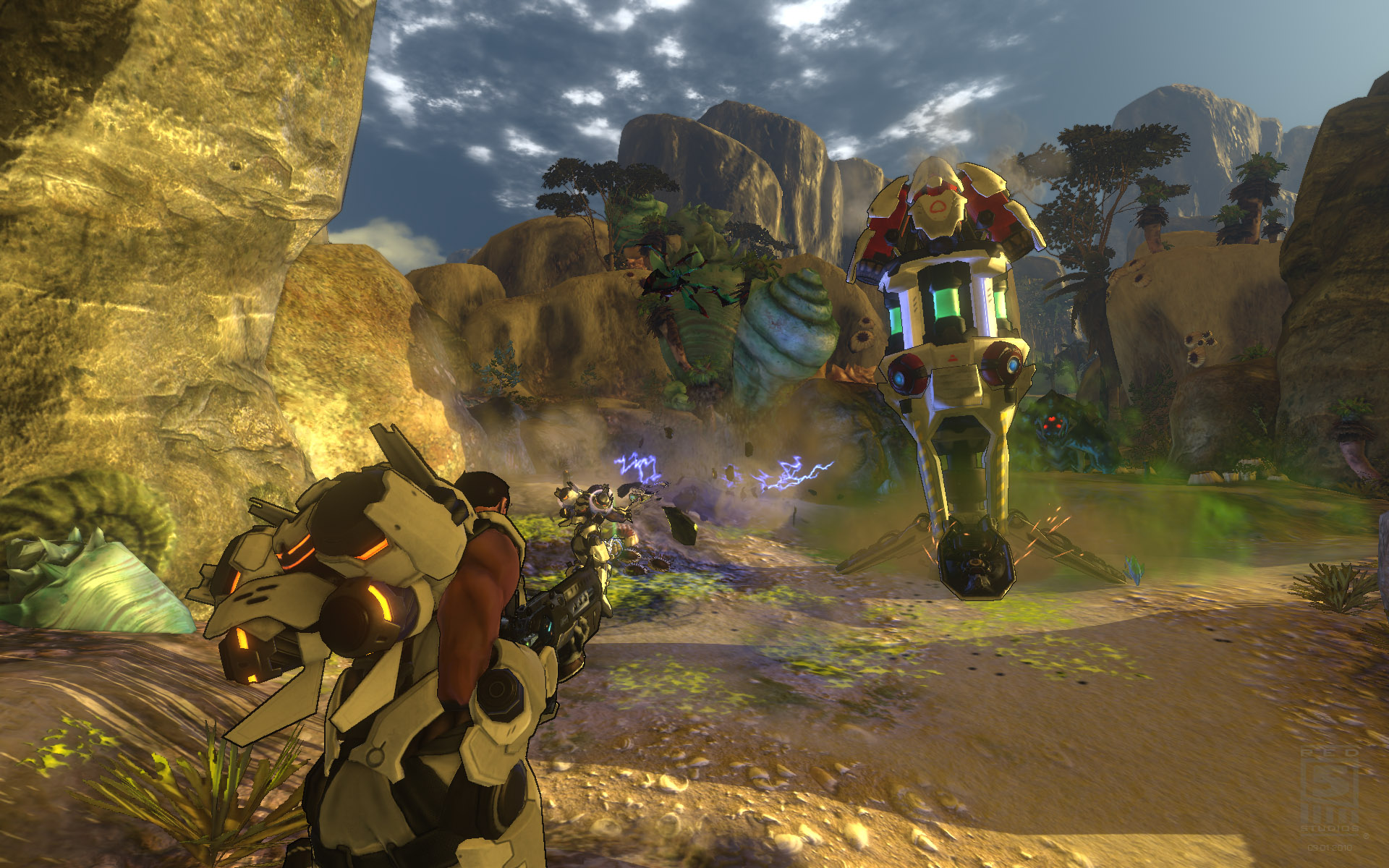 Firefall is a first person shooter massively multiplayer online role-playing game. I’d say call it an FPSMMORPG, but let’s be honest that isn’t really much better on the too damn long front. Firefall is put out by Red 5 studios out of California, a team filled with game industry veterans. The game recently went into open beta so I thought I’d give it a run and see what I thought. After a week of gameplay I have returned with the first in my open beta impressions.

Like any MMORPG, the first thing you do when loading up Firefall is make yourself a character. There aren’t any races in the games, everyone is just human. You also don’t select a class, because classes are so 2099. In character creation you’re basically just picking what your character looks like. You can play as a male or a female and choose from a variety of hairstyles, hair colors, faces, accessories, voice, etc. To be honest I was a little disappointed with my character customization options. I mean, they weren’t pitiful, but I wouldn’t be surprised to bump into another me out there.

Most of the coolest options were only available if you had the tokens you get from spending real money. There is something off putting about being confronted with a cash wall before you even play. To make it even more annoying these options were mixed in with all of the free choices. There was no option to filter, so I don’t know how many times I accidentally selected a style that cost real money only to find out when my “total” for character creation was shown. Most games hide the premium character ascetics in an in game store. They even have booths in game to change appearances, why don’t they just offer them there? Or at the very least give me the option to not see them.

After you finish making your hero you get to go into one of the vaguest video game tutorials of all time. You select a Battleframe, which are essentially what classes are in the game. Except you are not forced to keep the Battleframe you select, it is just for example. So the tutorial shows you how to left click to shoot, then a guy who is barely understandable talks to you about the special abilities of your particular Battleframe. Tutorial over. As it turns out there is a crap ton more that you need to know about the game, like I don’t know…how to switch weapons? How did switching weapons not make it in, but left click to shoot did? And Q? Who uses Q to switch weapons in a game and not the scroll wheel or something? 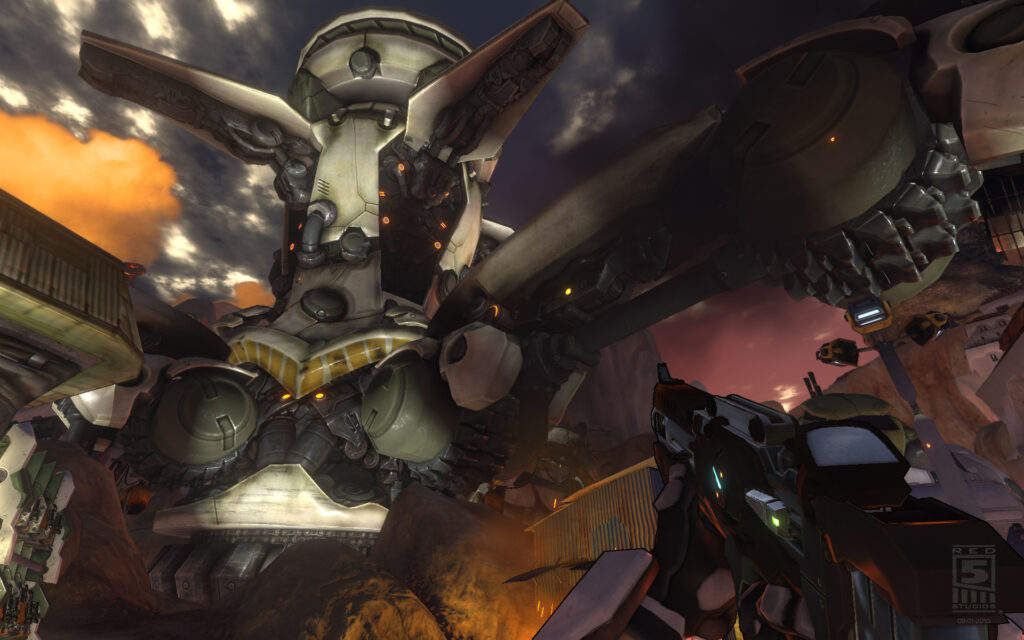 As I said earlier, Battleframes are basically the classes of Firefall. When you begin you can select from 5 Accord Battleframes that make up standard MMORPG classes. You are not however, bound by your choice in Battleframe. Every town has a spot where you can switch out your Battleframe. It functions sort of like a job system from Final Fantasy games. You can pretty much change whenever you want, and each of them levels up individually. Each frame has a distinct flavor, and even more are opened up as you go on. See you only have access to Accord frames when you start, but it is possible to obtain frames from two other companies. This brings the class total up to an impressive 15.

As you level up you spend your experience and resources to upgrade your Battleframe. This became an especially compelling motivation once I figured it all out. There are slots on each frame for weapons, jump jet, armor, abilities, etc. So you can unlock these slots in order to get better equipment for your frame. You also upgrade your power, speed, and CPU which equipment will require you to have a certain level of. Extra power your suit has beyond it’s needs can be used to supercharge your available gear. This gives the game a very MechWarrior or Armored Core feel where you are constantly striving to upgrade you frame. 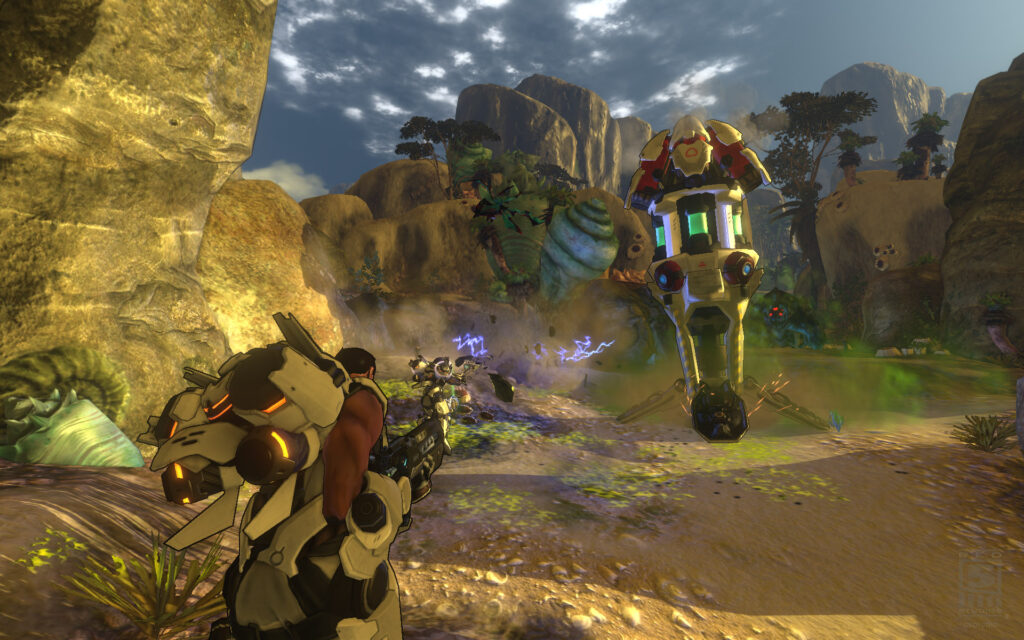 Thumping is what you have to do in order to obtain resources in Firefall. Resources are broken up into minerals, organics, and gases with certain Battleframe upgrades requiring specific amounts and qualities of each. You use a giant hammer that is always at your disposal in order to scan the area for resources. What you find where is randomized so you might have to do some searching for what you’re looking for. Once you find it, you call down a drill from space called a thumper, and it begins extracting resources. This always causes waves of enemies to come pouring out of the ground in an attempt to destroy the device. You have to hunker down, defend it until it is complete, then collect your resources.

I always have a lot of fun thumping, because inevitable someone sees your thumper on the map and comes to help. I almost always ended up with an impromptu security team working to protect my thumper. If it succeeds while they’re helping, then they get resources from it too. It is a win for everyone involved, and you feel important because a group of random people just showed up to help you out. 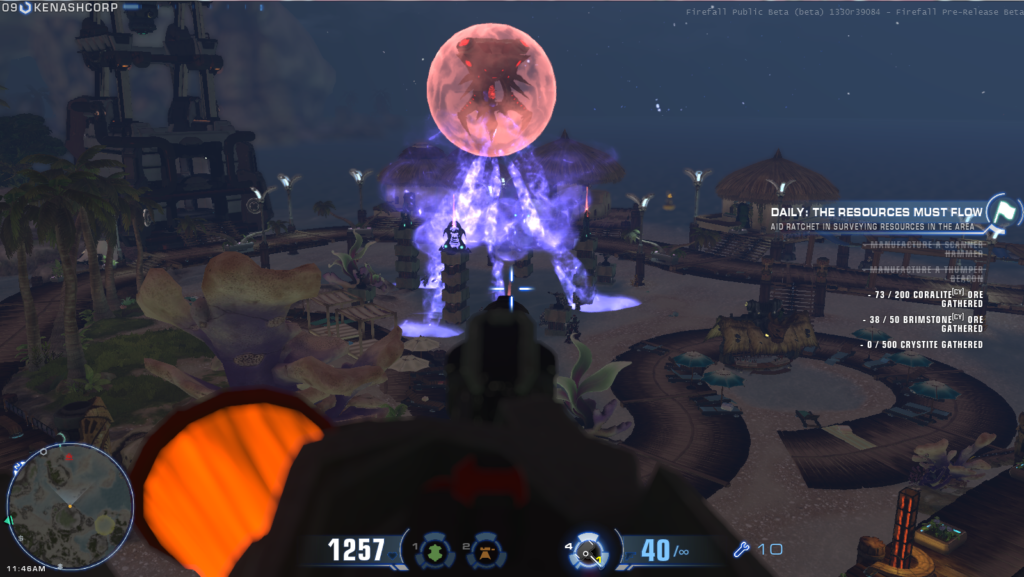 SIN is a Virtue

The map in Firefall is called SIN, and functions as a big network for all players. When I drop a thumper, a little icon goes up on everyone’s SIN to let them know it’s going on. Missions are done in the same way. If you are looking for things to go do, then just open up your map and find something to take care of. The fact that it is so interactive makes it pretty cool. I saw a strike force from an enemy force and shot them with my SIN marker to put them up on the map for every one. Before I knew it there was a whole team there to help deal with the enemies. The only issue I’ve found is that there aren’t a ton of different mission types coming up on SIN. I think I’ve repaired a damaged thumper a dozen times in the last week.

Firefall is fun. I played Tabula Rasa then it was out, and really enjoy the FPS combat in an MMORPG. Locating and gathering the different resources makes a compelling motivation for continuing in the game. The Battleframes are upgradeable enough to make me want to keep going in order to have the best suit. There needs to be more variety in character creation, missions, and a better tutorial. I’ll be going back for another week, so stay tuned