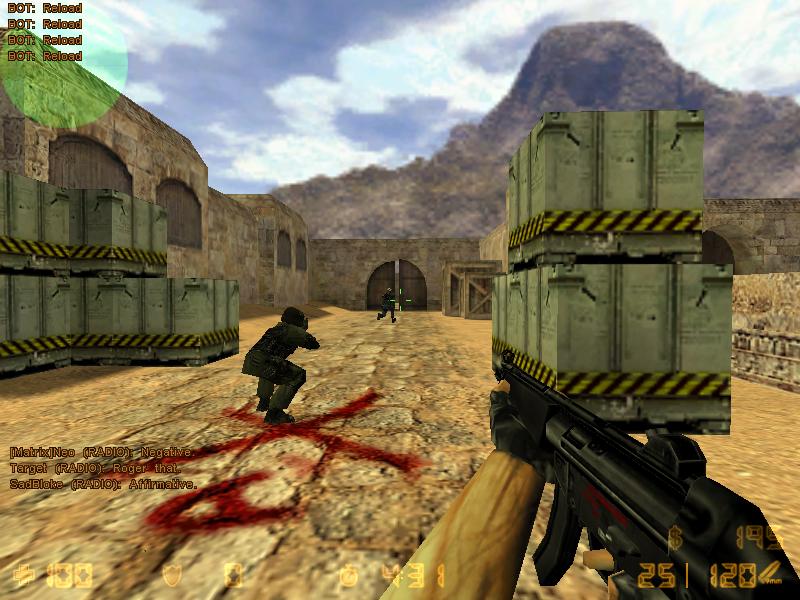 We see all the time stories of skill from the demi-gods of online gaming around the world, those who have spent years staring at HD computer screens and melting the CPUs and graphics cards on their top-level AlienWare gaming PCs to ascend to the top of online gaming’s Mount Olympus as pure 1337 titans. And we’ve also seen tales of blithering stupidity and pre-pubescent rage from n00bs worldwide.

But do we ever hear from the quiet majority in the middle? The more casual gamers who have too much of a social life to give up in the name of becoming truly great gamers, but have played enough to know which end of a gun bullets come out of and that screaming death threats at other players is generally frowned upon. Online gamers like me – the average guys. So over the coming weeks I’ll be bringing you tips, advice and my favorite stories from the daunting, often frustrating, mostly fun world of online gaming. 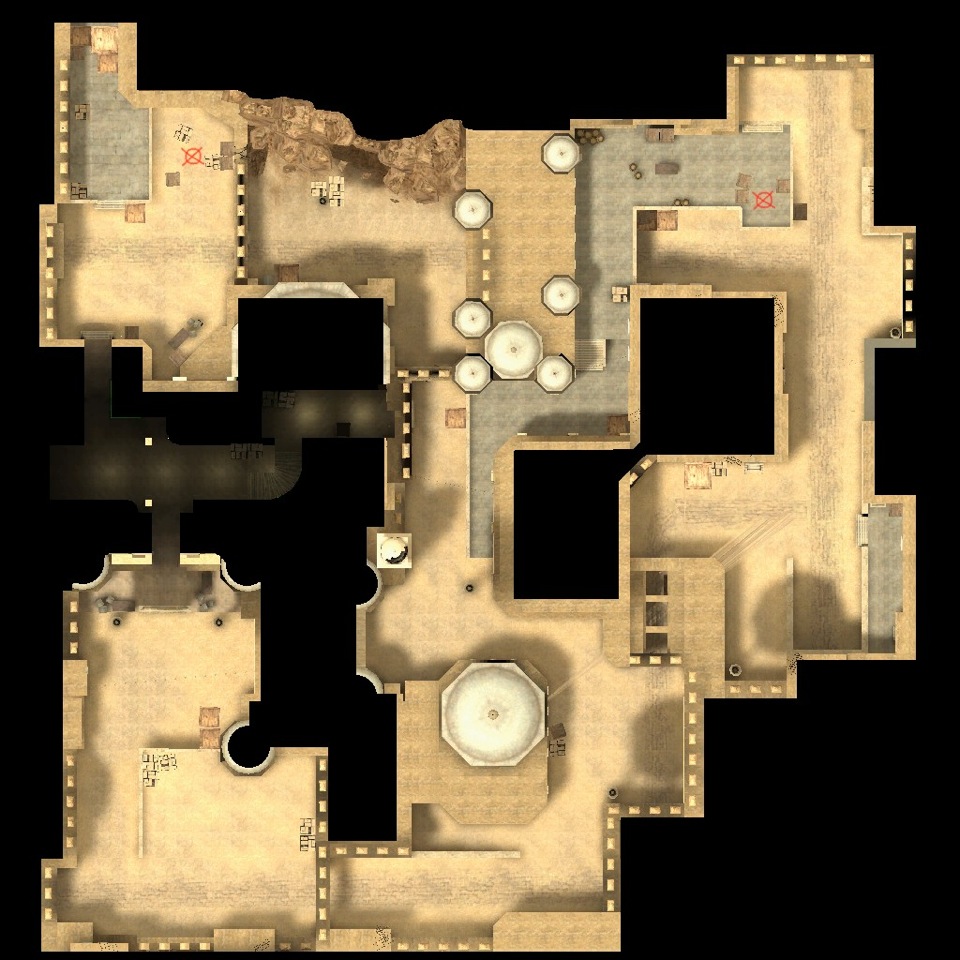 Let’s start with the toughest part of online gaming – the very start. You’re psyched. You’ve finally ordered Counter-Strike, or World of Warcraft, or Team Fortress 2, and you’re ready to jump into this magical mystical world of online multiplayer gaming. We’re talking full-on PC online too – not just gunning down your buddy from a few blocks away on Call of Duty Black Ops or smashing your classmate 6-0 on FIFA 13. We’re talking diving into the strange world of online servers, where clans of mystical beings lurk ready to stab you to death and teabag your corpse before you even realize you’ve spawned in for a game. You’re gonna be a wizard with an AK, headshotting fools all over the place and slo-mo diving like some fat, nerdy, pale Max Payne through the air gunning down terrorists while simultaneously defusing their bombs, perfecting quantum physics and curing the world’s diseases.

And then ten minutes later you ragequit having been shot about 70 bazillion times in the face and dying more times than Sean Bean has in his entire movie career.

That’s if you even made it to ten minutes. For me, it was more like ten seconds.

Yes, being a n00b online is a painful process. But speaking as someone who has escaped the dreaded ranks of n00b-dom and has been elevated to the lofty status of ‘average online gamer’, here’s a few tips from me as to how to survive being a bona-fide n00b. Because as hard as it is to believe, even the most hardened online gaming veterans many years ago were n00bs like you. This was back when they had social lives. Such are the sacrifices to make it to number 1 on those interminably impossible global ranking charts I guess, but nevermind, enough predictable stereotype jokes about online gamers.

What makes being a n00b so tough is that many games don’t even acknowledge the fact you have 0 hours of playtime on your profile or gamertag before throwing you to the wolves with perfect aim at 900 yards. I say many; being one of the few people never to have played World of Warcraft, I can’t tell you if this is the case although I am aware of the MMORPG’s level-up system meaning you at least have a good grasp on whether the fight you’re about to get into is winnable or not. For popular online racer TrackMania, there’s the ‘suggested server’ button, which looks at your ranking points (Accumulated by online play) and points you in the direction of servers with a similar ranking point rating as yours.

Because the one thing to keep in mind in these early rounds online is this: everyone is better than you. This isn’t being negative – it’s simple fact. In my early rounds on Counter Strike, I was lucky to stay alive for more than 20 seconds, let alone get a shot off in the vague direction of an enemy. Persistence and patience definitely pay. Literally set your goals as low as possible – stay alive for more than a minute. Kill one dude in this round. Sounds pathetic, right?

Trust me, for online shooters in particular, setting the bar this low is the only tactic that’ll stop you throwing expensive electronics out the window in frustration. Because they’re small goals, they’re achievable. And having died a bazillion times, finally blasting your first baddie is a satisfaction on a par with hearing your future child’s first word. I remember the first time I hosed a machine-gun wildly at an enemy and saw the popup appear telling me I’d killed him.

I was so stunned I literally jumped up and cheered – then got shot by some bloke who’d run round the corner while I was celebrating. If you do ever have this option to go on servers more equally matched to your skill level, take it. Going back to TrackMania, you do get more points for going on servers much higher than your current ranking – this is to encourage you not just to be the playground bully in a server you clearly bested months ago.

But as a n00b you’re going to have enough reasons to want to quit and go back to competing against emotionless AI drones, so if you have the option to compete against people slightly less likely to destroy you in seconds, take it. Trust me, you get far more enjoyment out of TrackMania online when you see your efforts reward you with a podium finish at the end of a round, rather than so far behind in last place that you were in a different timezone. And this is true of any online game. 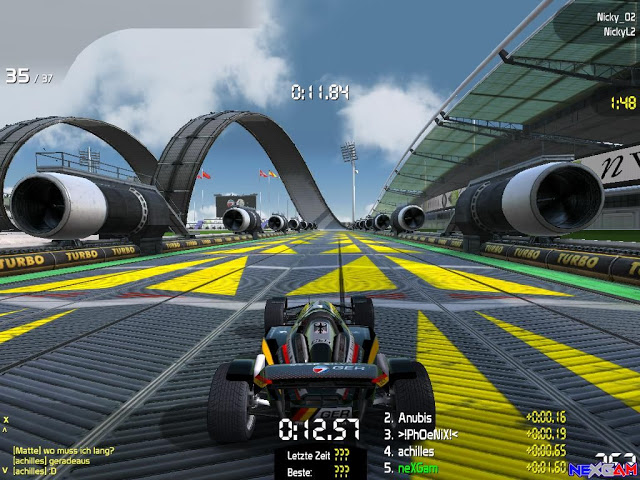 What is also true is that repetition and grind, two things that are bad in real life, are actually good things in online play – hell, they’re the staple diet of MMOs. Because the people you’ll be playing against will in most cases have played the same maps and terrains over and over, they will have mastered every hiding place, every apex to every corner, and every powerup.

So you have no choice but to do the same if you wish to survive. Sounds dull, but it does work; even a basic grasp on a map is better than none. Staying with Counter-Strike, I stayed with the famous DE_Dust map for a while, playing games on this map exclusively, and pretty soon I figured out where enemies would ambush from, which sniping vantage points they’d use, and how in turn to avoid blundering out in front of a sniper scope and an itchy trigger finger.

Of course when most snipers can kill you from miles away having seen one nostril hair, this won’t stop these surprise deaths happening altogether, but it reduces the risk if you know where death from above might be lurking.

So patience, persistence and…more patience. Those are the three Ps to surviving being a n00b. Keep these in mind and soon you’ll be an amazing…well you won’t be amazing, but you won’t be cannon fodder. Good luck in your quest to escaping n00b-dom, and join me next time for more Average Online Gamer Tales!