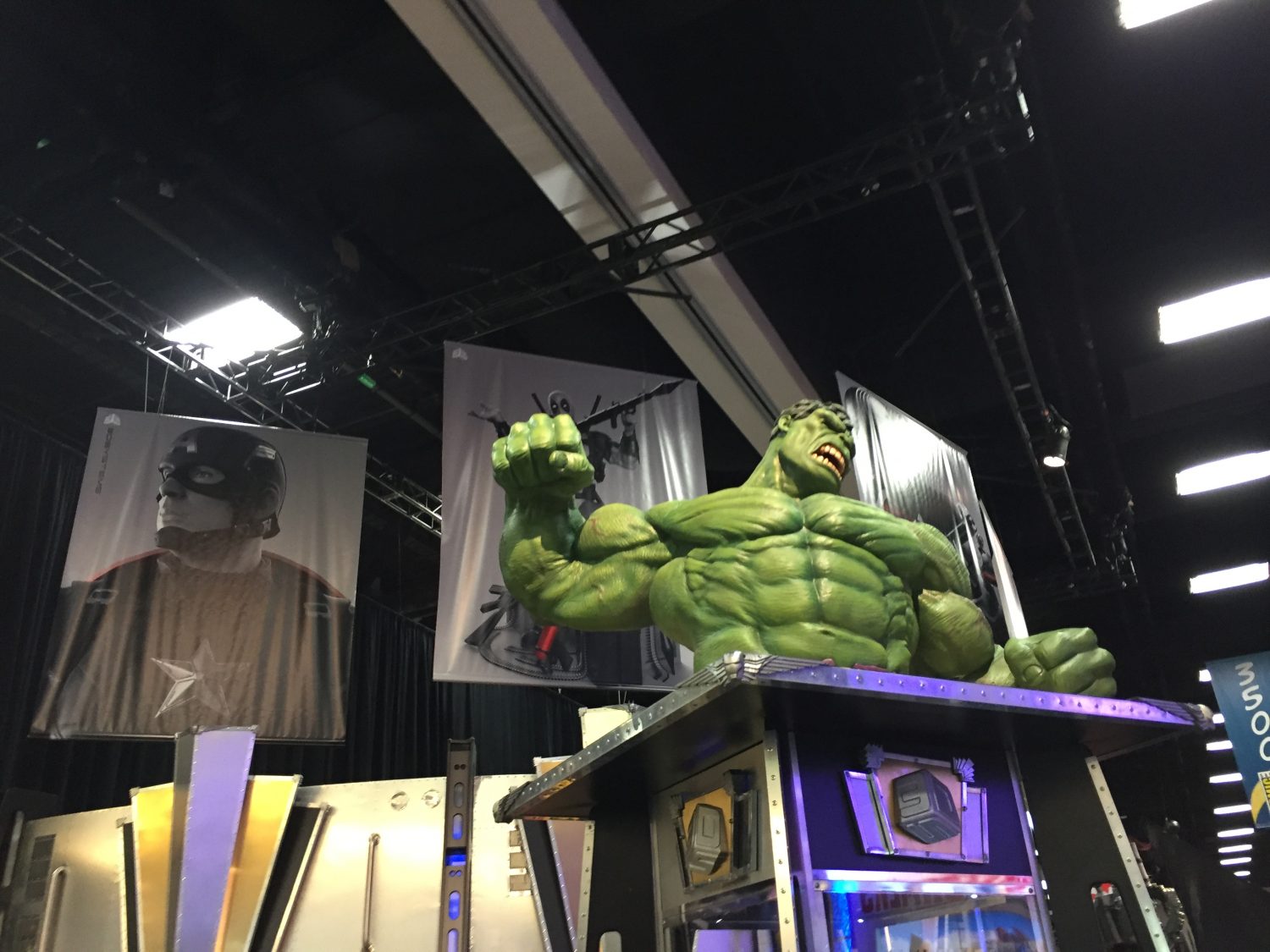 Fellow geek brethren, another San Diego Comic Con has passed. San Diegans have returned to their easier commute through the downtown/Gaslamp area. Small reminders of the event tumble across the streets as Power Puff Girl balloons and crowd control barriers come down. And alas, instead of catching the coverage from IMDb specials, I was there this time after years of trying, and failing, to obtain that elusive badge to witness firsthand the spectacle that unfolded. And after enduring a 19-hour road trip back to my home in the Lone Star State, I sat at my desk ready for reflection, admiration, and reminiscence of the 4-day fray I was in.

As this was my first Con, there was a hype that the event graciously fulfilled as well as some unexpected disappointments ran amuck.  I know I should’ve been wiser to forecast some items, for instance, I can’t compete with extreme fandom. But rest assured, here are my thoughts for a better Con in the years to follow.

Hurry Up and Wait

I, like many, showed up with prospects to see breaking new trailers and witness the glow of fans as they took in upcoming blockbusters pandering to their every wants and needs. And what doesn’t sound surprising to most, the lines for these events are a spectacle to see. Of course, one should expect to see the nerd herd lining up in the early morning hours dripping with eager anticipation to be next in line for exclusive coverage. However, these lines start the night before and the San Diego Seaport Village boardwalk is littered with folk in their chairs, on the ground, or playing Pokémon Go stagnant and still.

Now, I’m convinced that not everyone who goes to Comic Con actually gets a hotel room for the week. Of course, why would one purchase an overinflated room for the night to not even sleep or shower as they patiently awaited Magic Planeswalkers or the Suicide Squad cast. However, Comic Con is taking place in one of the most beautiful cities in the US that is home to the best tacos, burritos, and fine dining that one could spend a hard earned paycheck on. Challenge my fandom all you want, but as I toured one of my favorite cities with family, there’s a certain light that comes with enjoying good food and good times with your favorite people that all the new trailers in the world can’t illuminate. Yes, I may have missed Brie Larson’s official casting as Captain Marvel, but that octopus taco from Puesto wasn’t going to eat itself and it was washed down with a one of a kind michelada. 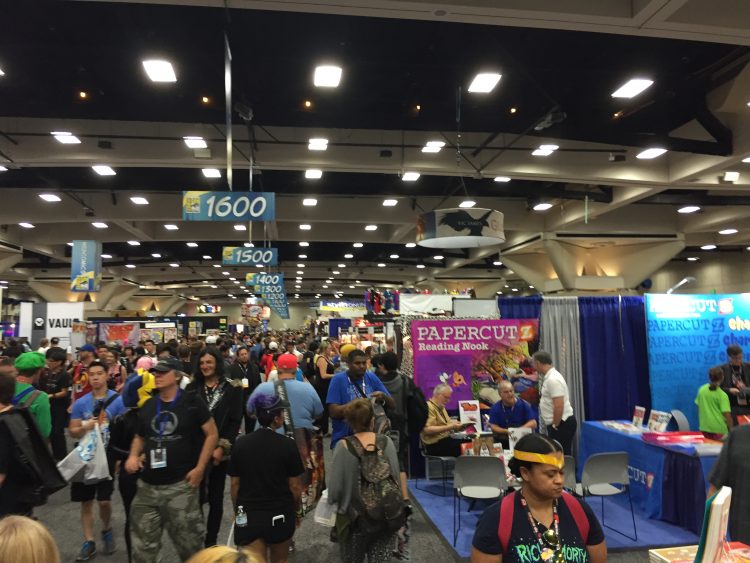 Part of the reason why I missed out on opportunities to meet famous luchadores or autograph signings is because Comic Con still stays true to its natural foundation; pairing aspiring writers, artists, videographers with professionals. There are oodles of helpful panels that discuss everything from Filmmaking101 to Comic Inspired Health and Fitness, and the lines for these aren’t even long at all.

While all that shimmers and sparkles shines on the Con floor, the backbone to the event, the unsung heroes, wait patiently at panels to inform and educate you on their experience. For some, following and procuring geek fandom is enough; but for others, why follow when you can lead? As Ryan Coogler recalls during his speech, he attended Hall H as a fan in the back and now he sits ahead of them as the chosen director of Black Panther. With the amount of advice and guidance given by talented individuals, it’s a shame not attend at least one panel.

Come fit and fueled as the Con offers a physical challenge. While we did not have to resort to kneeling against the wall for rest (we were wearing comfy shoes and a bit more fit than the rest), I did witness the toddler like reaction when security pushed along those with aching arches. One gentleman left his merchandise and trash in a fit of rage when security, by order of the fire Marshall, requested that no one blocks entrances, walls, passageways, and exits.

While this sounds like a reasonable request, the fact of the matter is that the entire convention floor is packed with fans lined shoulder to shoulder. Throw in a few selfish individuals with babies and strollers, and you have yourself the slowest moving mosh pit. If you’re not comfortable with crowds like such, the Con is not the place for you. Also, as there is overpriced stadium food provided inside such as nachos and chicken sandwiches, but prepare yourself with protein bars or snacks so that you can save your money for the best food So Cal has to offer outside of the Con. 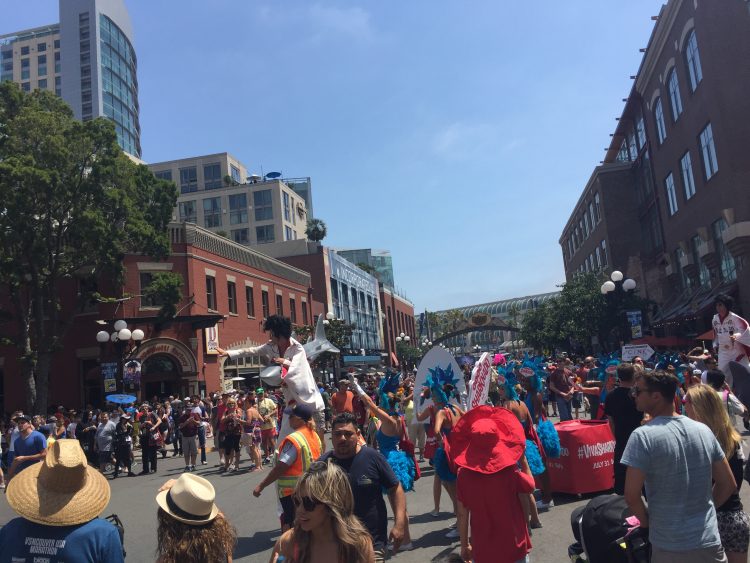 Inside the Con is like being a part of a zombie hoard. Everyone shuffles around all tired and slack jawed, occasionally finding energy to gaze at the wonders of a Stan Lee appearance or a stellar cosplay. As you go about your inner Con travels, you’ll find yourself becoming awkwardly close to someone in dazzling gold underwear (wasn’t sure who he was, but I’m sure it had a following). Outside the Con San Diego and the attending studios offer a days’ and nights’ worth of free activities.

You can easily take a stroll through a larger than life display of South Park complete with Awesome-O and demonic critter nativity. There is also a graciously offered Con X, an ongoing block party open to anyone with badges or not. We were also able to attend the free and hilarious live episode of Archer which also offered complimentary blankets. For this week, San Diego transforms itself to the mecca of nerdom that local businesses partake in. Walk anywhere in the Gaslamp and you’re given discounts because of the badge. Yes, there are lines; but time easily flies by when the Sharknado and Mr. Robot parade comes strolling through. Additionally, cosplayers roam around posing for photos and offering selfies ensuring that there is never a dull moment. 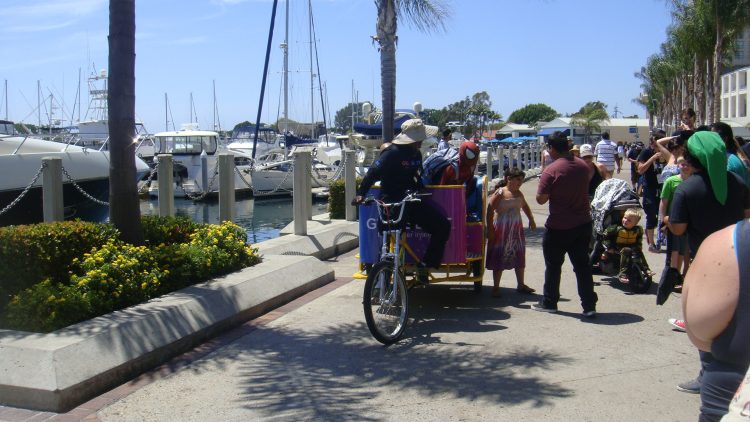 Comic Con was a whirlwind of flashing lights, smelly mobs, and blissful opportunities to indulge in your geek craving for the heroes, the villains, and everything in between. Sadly, it was over before I realized it. But with each passing thought, I ready myself for next year’s adventure promising a Manifest Destiny for all that is awesome.