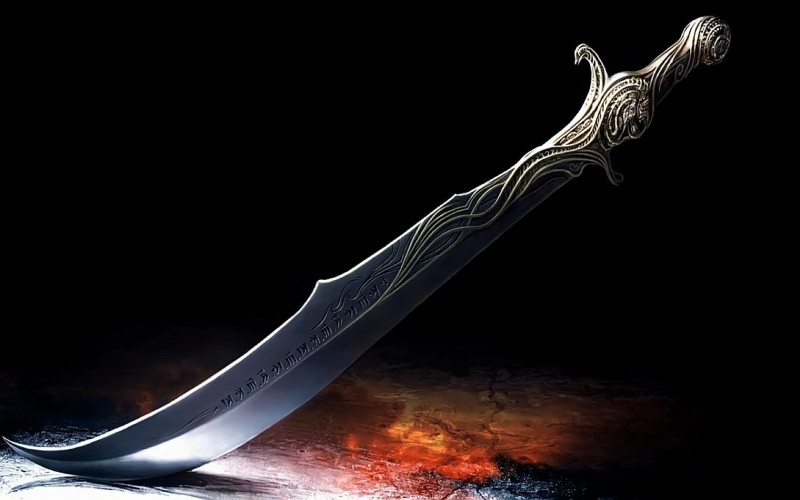 In fact, you really like swords. You fancy yourself something of a collector. A connoisseur of cutlery. A finder of foils, a compiler of cutlasses, a gatherer of gladii. Chances are, you like video games too, because video games tend to involve swords on the basis that swords are awesome.  Naturally, you’ll want to combine your two interests: where can you find a game about collecting swords?  How can you sate your lust for virtual pointy murder-sticks?  As it happens, I might be able to help you with that. Let’s take a look at a few of the best video games for sword-collecting. 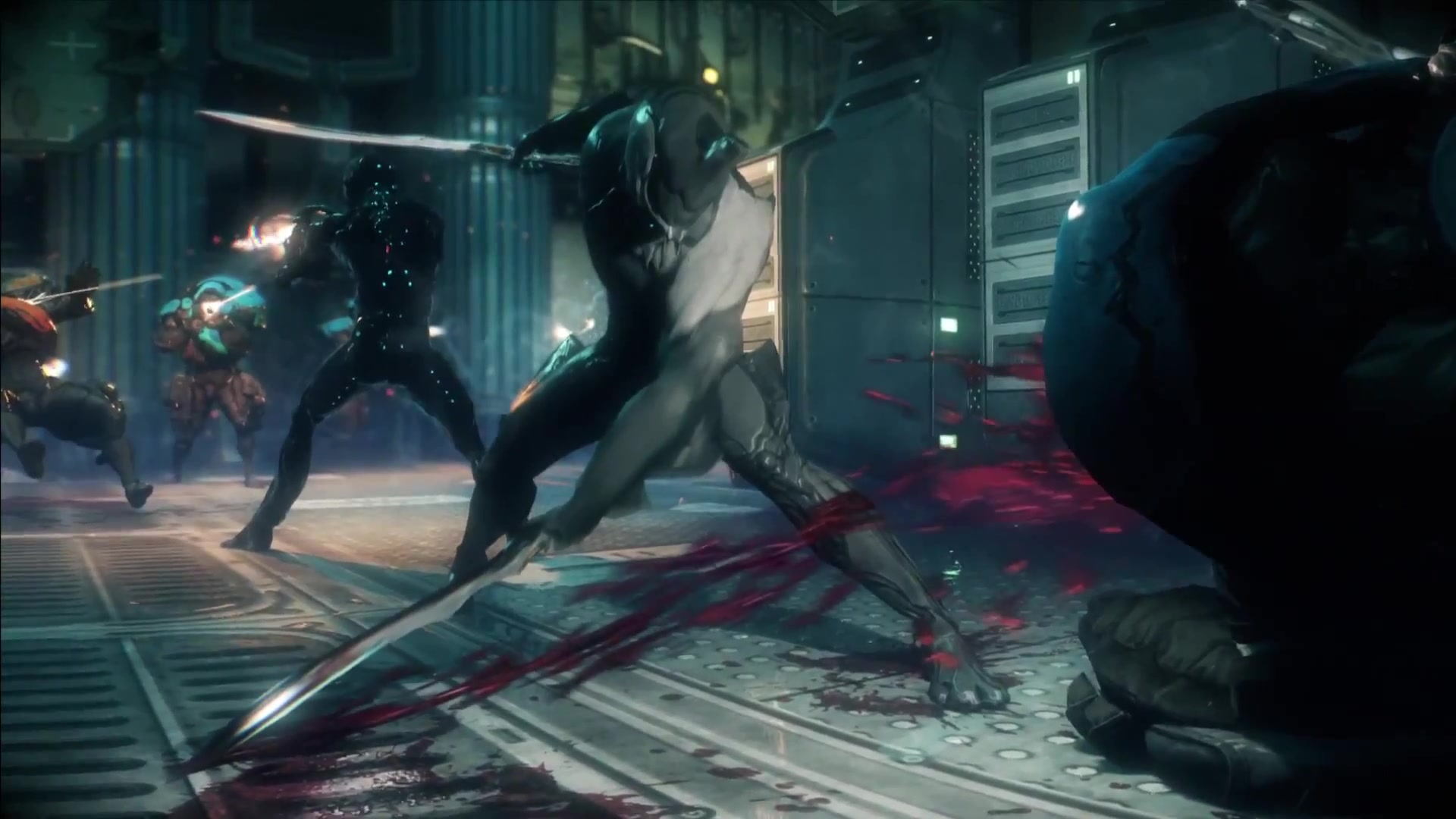 “Zah? What space-future madness is this? I thought swords were a medieval thing!”  Not necessarily! This is Warframe, a mission-based co-op 3rd Person shooter where you play as a NINJA.  In SPACE.  A SPACE NINJA.  It plays kind of like the action segments of Mass Effect, if Mass Effect let you run on walls and cut baddies in half with ninja swords.  Collecting weapons is the driving force of the game, and you’ll spend most of your time gathering materials and funds to make a new weapon or upgrading one you already have.   Most of the weapons are guns, admittedly, but if you’re not into the firearm thing Warframe still has plenty of different melee weapons and non-gun ranged weapons.  It isn’t a rare occurrence to run into somebody running a setup of composite bow, throwing knives, and a sword.

Most enemies make heavy use of their guns, but the players’ Warframes are extremely maneuverable (even the heaviest one moves with the alacrity of a jungle cat made of liquid steel), so it’s more than viable to use your melee weapon exlcusively.  I’ve been on missions where not a single shot was fired; every member of the team used their dual hatchets, or their greatsword, or their double-ended scythe (#SPIN2WIN), carving swathes through crowds of hapless mooks.  Warframe is stylish, fast, and fun, with more than enough weapons to keep even the most obsessive of collectors busy for quite some time. 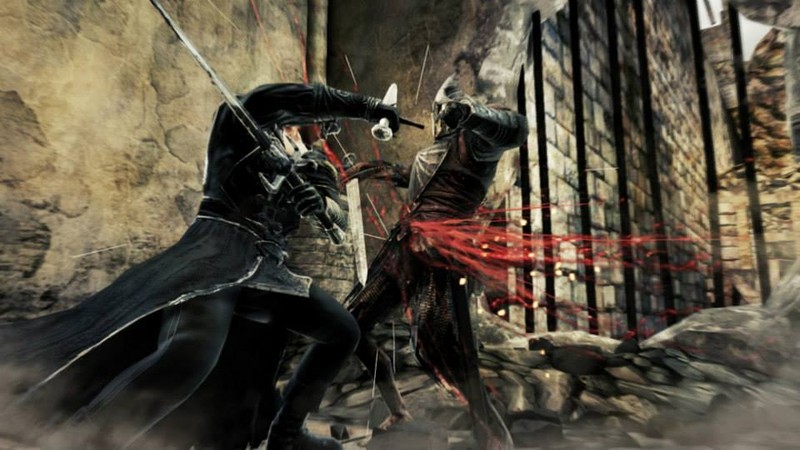 From Software’s Action-RPG  Souls games are renowned for their legendary difficulty, but one aspect of the series that doesn’t see much mention is the weapon variety.   Each iteration has dozens of distinct weapons, each of which can be upgraded and used effectively all the way to the end of the game, even beyond.  New and interesting weapons are hidden throughout the game, in secret rooms or being held by enemies, and usually require cleverness and perseverance to obtain.   A common (and effective) character build is the “Quality Build”, named after an upgrade path in Demon’s Souls, which focuses on upgrading the physical stats in order to use as many different weapons as possible.   After all, if you’re going to be grabbing all those swords, you’re going to want to try them out, right?  Once you’ve got some weapons you like, you can test them out on the series’ signature huge bosses, or pit yourself against other players  by invading their worlds or being invaded.  There is no “best” weapon for every situation, and that’s great news for collectors: there’s a counter to everything, and the more weapons you have, the more likely you are to have that counter.  Trust me, in From Software’s brutal world, you’re going to need it. 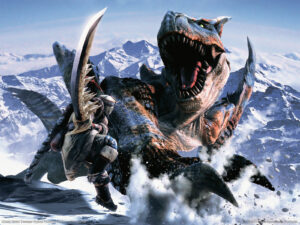 Monster Hunter is one of those games that is both extremely simple and extremely difficult to explain.   You hunt monsters.  That’s pretty much the gist of it.   You use pointy things to kill monsters, then use parts from those monsters to make more and better pointy things, which you in turn use to kill bigger monsters in a vicious cycle of addicting progression.  With 12 different weapon types ranging from the humble Sword & Shield to the monstrosity of mechanical engineering that is the Switch Axe,  a deep and rewarding armor-based skill/perk system, and some of the most infuriatingly devious AI in the gaming world (just TRY to get something to walk into a pitfall trap), Monster Hunter has the depth and content to occupy literally hundreds of hours.  Since it’s probably unhealthy to spend that much time alone with giant murder-lizards, you should get some friends to play with, and help THEM collect swords.  Adding more players makes the game easier and opens up new avenues of strategy to explore.  Also, the higher-leveled quests are designed under the assumption that you have a couple buddies and are pretty difficult to solo.  As such, multiplayer comes highly recommended;  hunting down vile beasties with your friends is incredibly satisfying.

So now you know where to begin your very own virtual sword collection.  Soon your friends will shudder with envy before the majesty of your accumulations of computer-generated armaments.  It’s only a matter of time before they all bow to your wisdom and insight as to which end to stick the bad guy with.   So fire up your game machine, pick a world to stab things in, and start amassing your very own great honking pile of thing-stabbers today!  The world is your bladed oyster!