Home Gaming The Death of the Game Demo
Gaming

The Death of the Game Demo 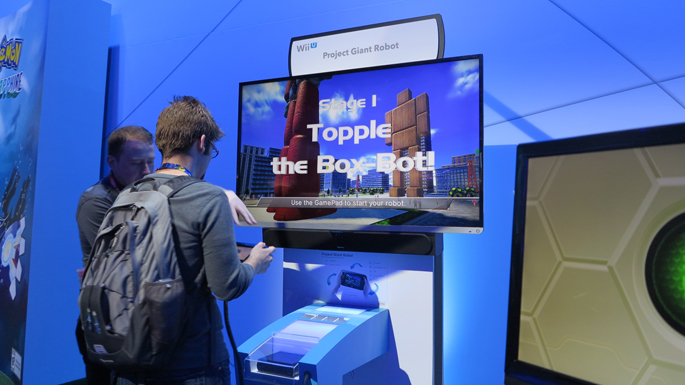 Representatives from Ubisoft Montreal came out onstage at Sony’s E3 Press Briefing to demo yet another stage of their freshly controversial shooter, Far Cry 4.  The demonstration followed the player assaulting an unknowing convoy, taking the time to show off the visuals -enraged elephants, massive mountain terrain, technicolor explosions- all the while leading the audience through that familiar Far Cry experience.

Showing that there were still several options for the player to be able to attack a certain situation, whether by going stealth, equipping a crossbow and silently taking out enemies; loud, taking a high capacity rifle and mowing down any pursuers; or both and silently set up a fireworks display, it would seem the player will have many choices in divvying out their form of justice upon the forces of new antagonist, Pagan Min.

The onstage player moved swiftly throughout the presentation, shooting, driving, and even flying using a wing-suit.  The audience sat in awe as another player from the Ubisoft team joined the fray, showing the potential for co-op fun for the future.  Passively watching demonstrators traverse game stages was not an uncommon experience for the E3 crowd.  Indeed, players had gotten used to sitting by while others played in front of them, much like an older sibling, showing off the games capabilities in front of them.  But for all the camaraderie, it’s interesting to see an interactive medium engaging its audience by rendering its consumer base more and more passive.

Alongside stage demos, there has been an increase in concept and gameplay videos narrating the developers’ intent on their outlook with their future products, resulting in fewer pre-release games reaching the hands of the prospective customer.  Somewhere along the line, there’s been a concerted effort to leave demos of major releases, i.e. AAA games, out of the hands of the public at large.

The Electronic Entertainment Expo (E3), Penny Arcade Expo (PAX), Consumer Electronic Show (CES), and the many other conflagrations of the interactive medium bring together several companies who gather consumers and journalists alike around their booths and presenters as they explain and sell their wares to the discerning public.  Some provide hands-on demos, while others simply have videos and schwag available to those attending.  It is a remarkable experience for all involved, but it is an uncanny happening for the very few who are able to attend.  For those not fortunate to be there in person, all that is available are accounts by journalists, marketers, and attendees on the real lowdown on the things they like.  It’s an interesting proposition then, that even though many of the attendees get to get their hands on games prior to their official release, the casual consumer must either trust the marketing and videos available immediately or simply buy the game when it is available with very few impressions beforehand to rely on.

Move towards gameplay videos has been the greater trend in past years especially after studies have shown their helping hand benefits more than demos.  In 2013, Jesse Schell, CEO of Puzzle Clubhouse and the author of The Art of Game Design, spoke at DICE 2013 on many industry topics, shocked many when he revealed an important report collected by gaming research firm, EEDAR, saying that game sales are actually cut in half if both a trailer and a demo are released prior to release as opposed to just a trailer.  As ludicrous a proposition as it may seem, the industry seems to have taken the study to heart, making fewer demos available.

What few that do grace the digital marketplace are either annual releases along the lines of Madden and FIFA or made by smaller studios trying to gain acclaim.  For certain other studios whose success may teeter on hiccups here and there, there is more of a concern with putting out only a controlled product, one where no glitches and mishaps may happen outside of their purview.

The Canary in the Mine

Despite the change in landscape, a couple of new trends though have cropped up in the void left by these major releases.  First, there have been a larger amount of companies opening their doors to a select number gamers to participate in their open alphas and betas.  Indeed, Bungie announced on stage at the Sony briefing their open alpha for Destiny.  While other developers have used a similar tactic, this leaves the door open for developers to explain away certain problems with their games as early bugs to be fixed by the time they go gold.  Though these games reach gamers’ hands early, most of these open tests are focused on their multiplayer assets, leaving the main experience under wraps until release.

Second, many small and indie studios have gained a more visible presence in the demo market vacated by larger competitors.  Many that were buried underneath the flood of bigger flashier games now have a bigger stake in who gets seen and who doesn’t.  The greatest example of this is the Steam marketplace where one has to work doubly hard just to find an AAA demo. 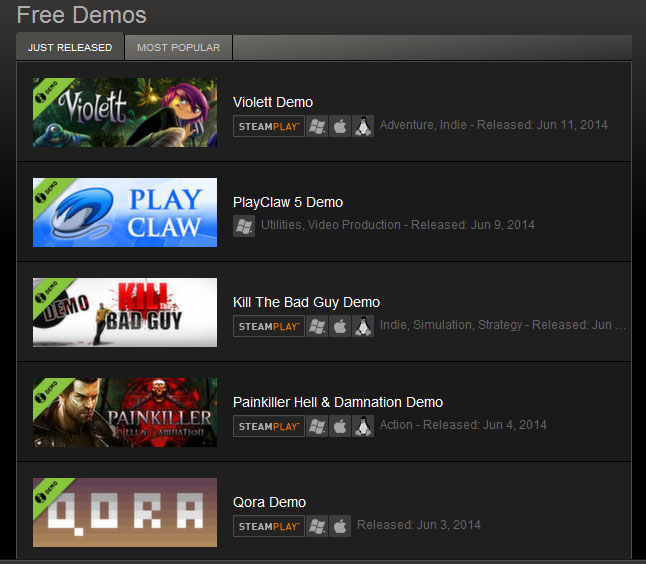 It’s a new landscape for the casual consumer these days, one where they must choose wisely with their money.  With fewer chances to shop around and try the things they want, there are fewer opportunities to make connections with things they may have passed over if not for an important demo.  In a market where visuals are so important, the experience of controlling where one goes with those visuals also carries just as much importance.  The industry may very well want to hold onto that control until they have the consumer’s money.  Until the varying trends come to an end, it very well may stay that way.

The Sword Collector’s Guide to Gaming