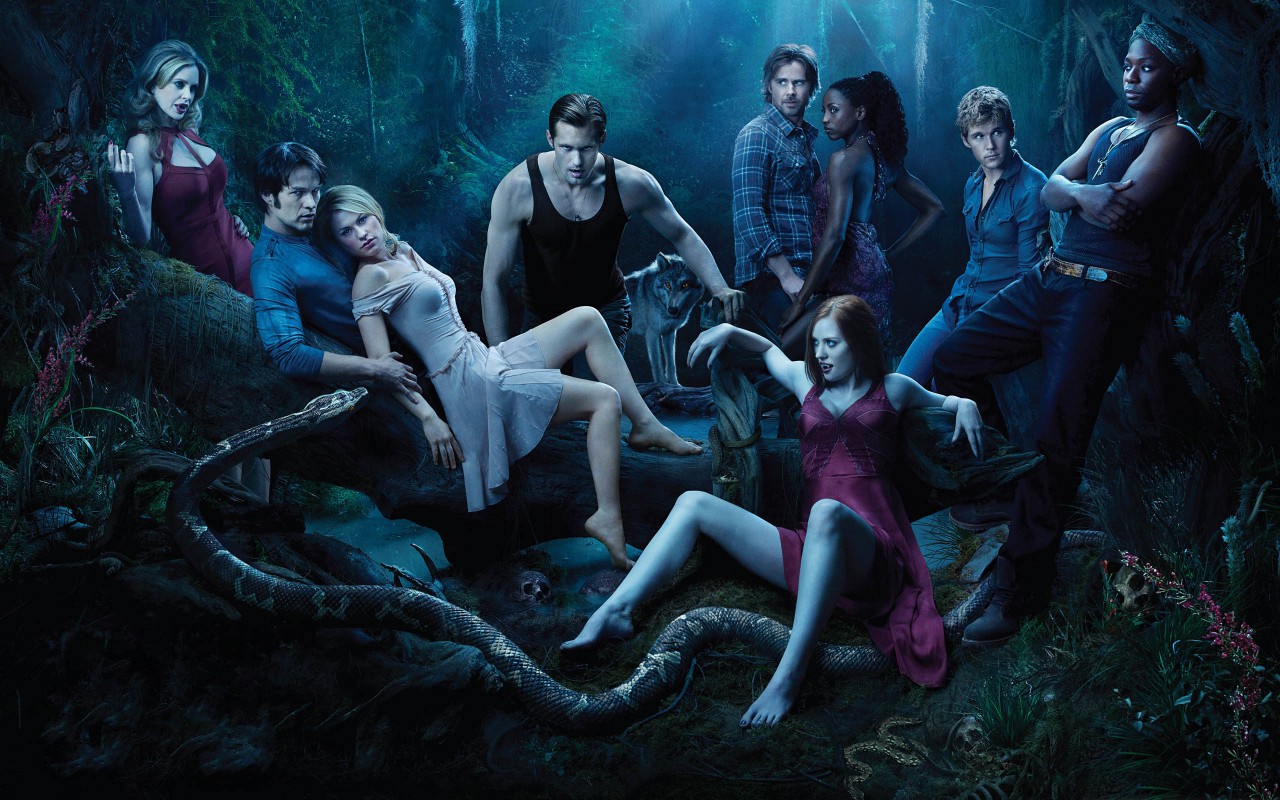 Fans of HBO’s long-rurnning vampire soap opera “True Blood” may not be in mourning over the show’s ending (which occurs later this month) for long. Actor Stephen, who plays droopy-eyed vampire Bill Compton on the show (and who has also slipped into the director’s chair for a few episodes), recently let drop a delicious little hint that “something” “True Blood”-related is in the early stages of production–”something” that many fans believe is a follow-up film to the show.

The hint-drop occurred when a reporter asked the actor-slash-director what “True Blood” are “supposed to do in Summer 2015,” to which Moyer replied, “I’m not sure about the summer of 2015, but if things go the way I’m hoping there will be something to watch in the summer of 2016. We’ll have an announcement about that… soonish.”

Neither Moyer nor any of the show’s cast or crew has mentioned anything about this “something in the summer of 2016” since this initial disclosure.

One one hand, a follow-up film could work well for the series’s story, especially considering the finale’s rumored cliffhanger ending, which has been a staple of “True Blood” episodes (particularly season finales) since Episode 1 of Season 1 first aired way back in 2008. Plus, Charlaine Harris followed up her ultra-successful book series, the Southern Vampire Mysteries (on which “True Blood” is based) with a book comprised solely of short, paragraph-length updates on every character ever featured in the series. Although the book wasn’t well-received by fans (partially because it didn’t include an actual story and partially because many fans felt that the updates lacked thought and consideration of the characters), a film follow-up could prove an invaluable opportunity to tie up some of the series’s loose ends, including the fates of Andy’s fairy baby-mama Maurella and the werepanther community in Hot Shot.

On the other hand, many of the show’s twists and turns over the past three to four seasons have been about as well-received as Harris’s follow-up book. Critics and longtime fans alike have panned the poorer aspects of the show, including its oversized cast, its frequent introduction of story lines that distract from the main story and/or are left dangling, and its use of story elements that are random or just downright ridiculous. In fact, the finale’s rumored ending—which sees all of the currently infected vampires healed and turned human while Bill and Sookie live happily ever after—has received universal hate from the show’s fans. A common comment on threads addressing the topic is, “At this point, it wouldn’t surprise me.” We’re also crossing our fangs—erm, fingers that this sickeningly sweet scenario isn’t the true end of a show that’s brought us so much campy, gory goodness, but we can’t deny that this rumor, coupled with the huge possibility of a follow-up film and so few major deaths this past season, might hold more than a few drops of truth.