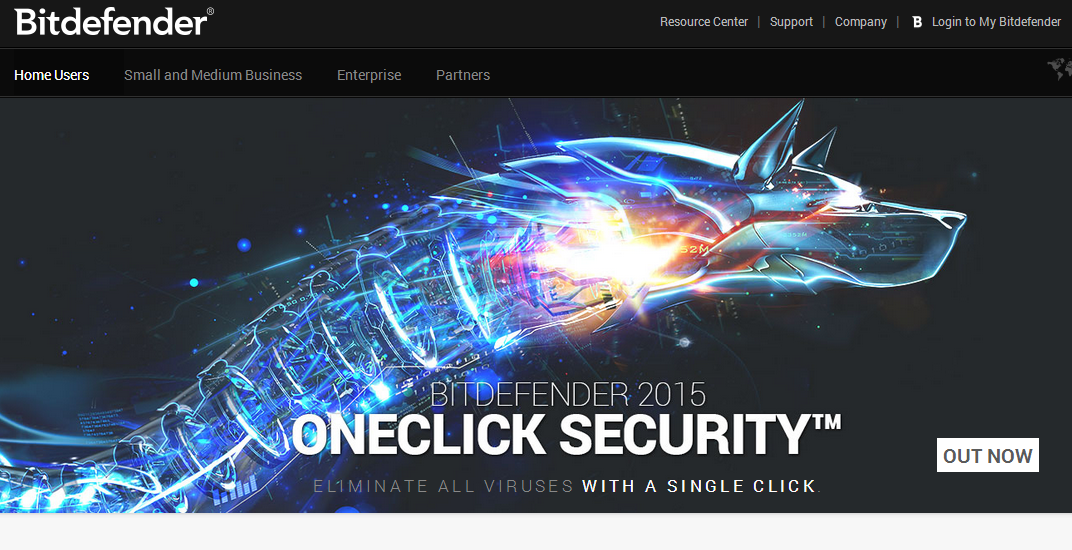 Nigerian princes emailing the elderly for wire transfers and credit card info are no longer the main online security threat. Malware has gotten better at hiding and tricking you or a company’s servers into revealing bits of personal info that can be bought and sold. This is no longer a paranoid scare tactic — this is how it works now. Internet security is something I’ve developed a personal interest in, first out of pure curiosity and then additionally for my own use, so I jumped at the chance to test-drive Bitdefender Internet Security 2015 when given the opportunity by Geek Insider. I’ve used my fair share of simple antivirus software, but nothing as comprehensive as this, so here are my initial thoughts on what Bitdefender has to offer.

Bitdefender’s Internet Security package is pretty easy to install, just purchase from the site, click to download, and the installer starts running. The prompts are straightforward and uncomplicated, it doesn’t give you three different ways to install the software, which is nice for me at least. I consider myself tech savvy but I never know what (or if) I should tweak on a program install. I appreciate when it’s just click-click-sign-in-and-done.

The one hiccup I had in the installation process was an apparent incompatibility with Microsoft Security Essentials. Bitdefender’s installer automatically opened up the uninstall window for MSE, and after closing the window and retrying twice, I figured out it wouldn’t be able to proceed until I uninstalled MSE. Not a big deal, since it’s a free Microsoft program which I can easily reinstall later if I want, but I wanted to mention it so others don’t get snagged on this.

After it’s installed, a webpage is opened for your Bitdefender online dashboard and you’re prompted to input a few more things. It actually asks your what you want to be called, so that you aren’t just “Mr/Mrs. User”. I have to admit, that’s charming.

Features & Ease of Use

Again, I am pleased when there are big buttons for me to click that make an unfamiliar program less intimidating. The Bitdefender dashboard does that, lining up its individual services at the top of the dash with names that explain clearly what they’re for. You get basic identity theft protection (which can be upgraded), anti-theft monitoring for devices, Facebook account protection, parental control, and “tech assist” which is a collection of four programs for keeping your computer virus-free and running smoothly.

The dashboard tab takes you to an icon view of all of these as well as a computer icon with links to do malware scans, full or quick. As this feature should be, all you do is click a button to start the scan and then let it run in the background. You get your results, and if any malicious programs are found Bitdefender helps you take care of it.

This is what the top of the dashboard looks like:

When you start using your search engine of choice after the installation, you’ll notice that now a green dot with a check mark will appear next to search results that are safe. I assume a red dot with an “X” will appear next to links that aren’t safe, since none of my own searches yielded shady results. This is definitely a useful feature since plenty of people aren’t downloaded sketchy files but are still vulnerable to sites that host malware. Here’s what a random search looked like for me: 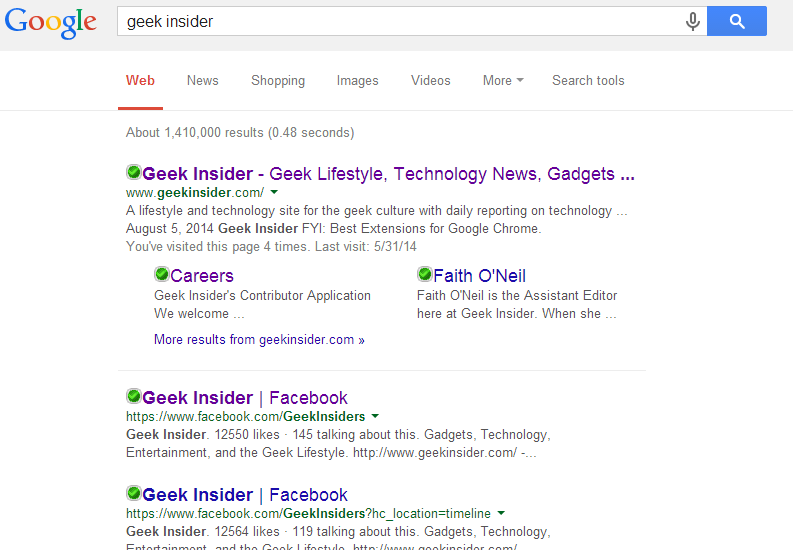 None of the features in Bitdefender’s internet security package are frills, which I appreciate. Even Safebox, Bitdefender’s cloud storage application, is ultimately not that redundant when you consider the security issues in other cloud software like Dropbox that have been revealed recently. Credit card and identity monitoring, too, aren’t just for paranoid old ladies. Retailers have proved that when it comes to the safety of information you enter on their sites, it’s not terribly difficult for someone to take them.

I also like that there’s a feature specifically for Facebook account protection; I remember seeing friends have their accounts hacked by clicking a malicious link, or having a weird link sent to me via Facebook message (which I never touched). It’s easier to fool people when malware takes over an account they’re already “friends” with, as opposed to the laughably obvious Twitter spam accounts. 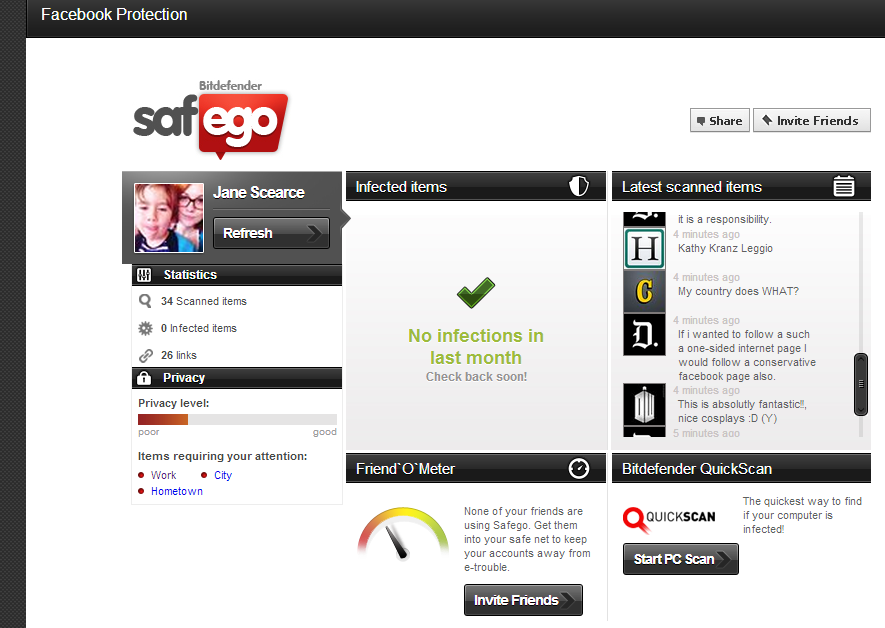 The “tech assist” section is probably my favorite because performance programs are key for me. I use my laptop for a good amount of gaming, so it’s important that it runs as well as it can to avoid crashes and glacial FPS rates. Best of all, these programs are called “tech assist” because it’s the Bitdefender guys that do all the work through a remote connection, which normally sounds iffy to me, but I’m pretty darn impressed with this company’s legitimacy by now.

If it’s just your PC you’re looking to protect, a 1 year package for 1 PC costs $59.95. If that sounds steep, look up how much many antivirus programs typically cost on their own. With credit and identity monitory, search engine protection, Facebook protection, antivirus scanning, and everything else, Bitdefender’s internet security software is genuinely a good deal.

The purchasing page gives you the option of 1, 3, 5, or 10 PCs with 1-3 year subscription options. If you select 5 or 10 PCs, the site will ask if you are purchasing for a business and direct you to deals for that. If you happen to just have a really big family with a lot of computers, you’re more than welcome to go right ahead with the non-business prices.

So, considering the amount of awards Bitdefender has won for its software and the set of features you get, the prices are more than fair. Overall, I’m pleased with its simplicity and ease of use as opposed to what I usually do which is using multiple programs to monitor less than half the stuff Bitdefender covers.