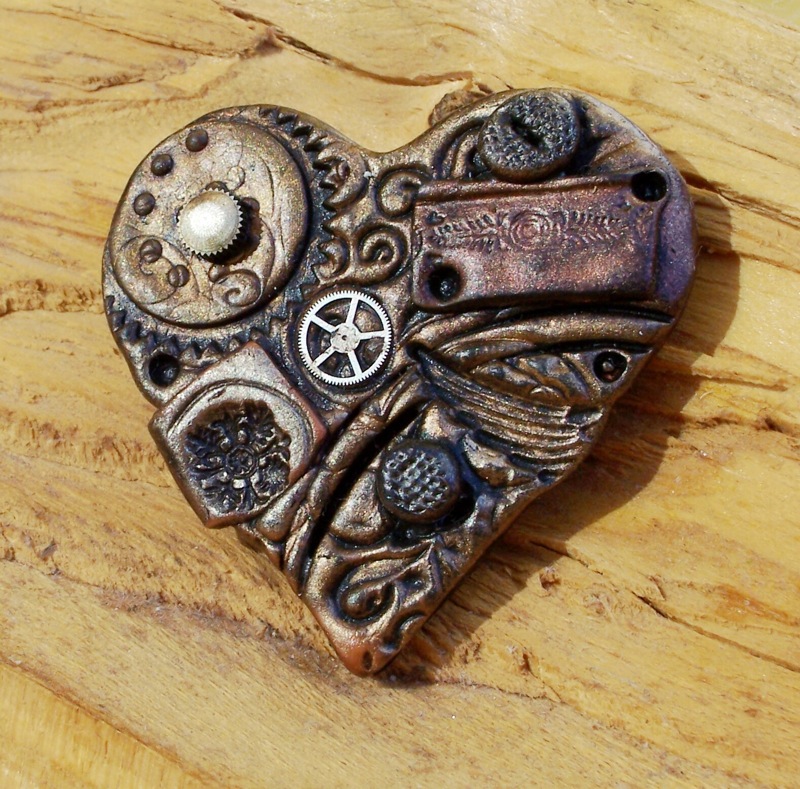 Steampunk is not collecting dust these days.

The Guardian reported that last weekend, the English town of Lincoln had a steampunk festival, where followers of the fashion genre showed off their clothes and accessories, including headdresses and old-fashioned goggles.

In case you missed it and want to see steampunk in person, you have a lot of time to get ready for the next big steampunk event, which will take place in Piscataway, N.J. in May 2015.

Steampunk, which shouldn’t be confused with cyberpunk, is about looking back towards the past in a nostalgic way, especially the Victorian era. Certain book authors established the tone for 21st century fans to adopt as a fashion statement or simply emanate an atmosphere they carry about them wherever they go.

In other words, a steampunk ethos involves the desire for exploration and adventure, but also the recognition that venturing into the unknown has dark sides that require reflection and deep thoughts. One example of this ethos is Joseph Conrad’s “Heart of Darkness.”

Looking at the latest “Doctor Who” episodes often results in seeing Clara Oswald and the Doctor in Victorian England, carrying about them the stance of confident defiance in the face of extraterrestrial-caused problems, which look far gloomier in Victorian England than in present-day London or in a spacecraft. According to Entertainment Weekly, the villain in the show’s “Deep Breath” episode had the fashion sense of a steampunk follower.

It all goes back to the books. Although steampunk has its classical progenitors, such as Jules Verne and Edgar Allan Poe, more modern authors have penned books that are considered worthy enough to join the fiction genre’s pantheon.

And indeed, steampunk book clubs appear here and there, but not to the point where it is as frequent a sight as a Starbucks in the neighborhood. Examples of steampunk book clubs include one in Ocean City, N.J. for sixth graders and up. However, adults can find steampunk book clubs to join as well. For anyone who lives in San Francisco, Calif., The Bay Area Steampunk Society Book Club meets once every two months. If logistics are an issue, the Cyberpunk and Steampunk Book Club Group, which announced its presence on Goo dreads and is for adults, gets members to talk online about mostly steampunk and cyberpunk literature. But that doesn’t mean that future steampunk book clubs can’t continue to be created.

But the love of steampunk goes beyond the confines of a book. Besides the steampunk festivals, both men and women are given opportunities to express their love for the past and present. When wearing steampunk clothing, it is impossible for the wearer, whether male or female, to lurk in the shadows.

However, figuring out what to wear can be intimidating. BuzzFeed user G.D. Falksen submitted to the BuzzFeed website a list of tips, including how those interested in wearing steampunk clothing should not to worry too much about whether or not the outfit is worthy enough to be called steampunk.

But what makes an outfit a steampunk outfit? It is not necessarily the goggles or the corsets, but the sought-after goal lies in the end result. Besides looking at the “Doctor Who” characters’ fashion choices in Victorian England, researching online is key. Many online users post pictures of themselves wearing steampunk clothing. On a blog website called Steampunk Fashion, the user tries to look for the accessories and techniques that will transform everyday objects into something more.

And the subculture is slowly revealing itself to be a part of geek culture as well, with steampunk fashion models appearing at Animé Los Angeles in 2013. The result is steampunk literature being opened up for geeks to peruse and know more about.