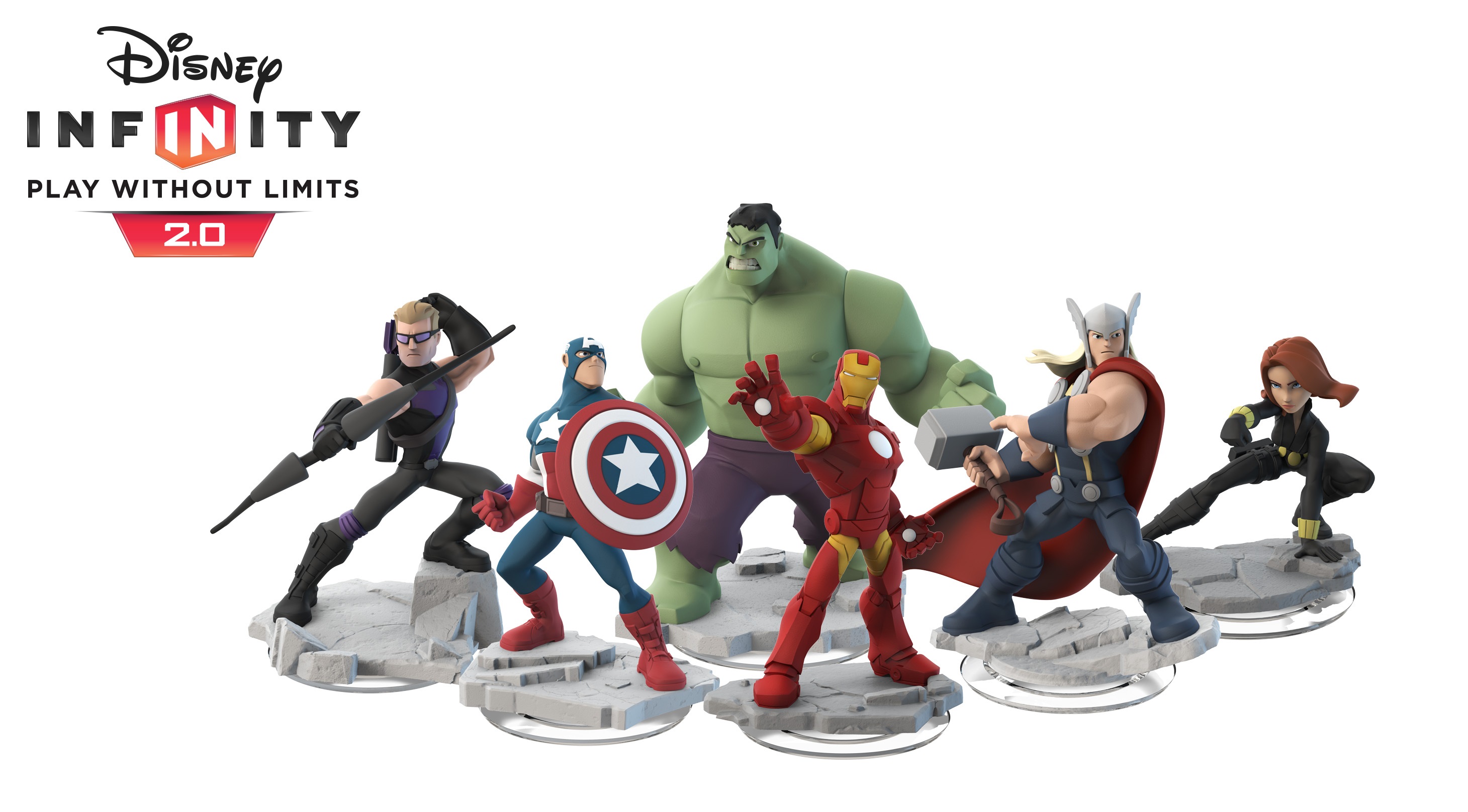 Forbes writer Andy Robertson recently got his hands on the entire collection of playable figures for Disney INFINITY: Marvel Superheroes (affectionately being referred to by fans as Disney Infinity 2.0). Being the realistic human and good journalist that his is, Robertson decided to allow the target audience of the game to have a go at the figures on their own; and he was pleasantly surprised by the result.

Daddy, Where Does Spiderman Come From?

His children unpacked and played with the figures independent of the video game, and, having little to know prior knowledge of who the characters were or even where they came from, Roberson was amazed to watch his children create backstories of their own before inquiring who the characters were actually supposed to be. Once he got them started, however, they were nearly insatiable for more information. While the kids are a little too young to dive right into the Marvel Cinematic Universe, they have some experience with the Spiderman cartoons, and Robertson was more than happy to tell them about the corresponding comic books. Soon after he found himself taking all three kids down to the local comic store where their new favorite characters came to life on the page.

The Hits Just Keep On Coming

While Disney 2.0 will expand the Disney “originals” collection of playable figures, fans seem to be much more focused on the newly added Marvel universe. The first wave of Marvel characters, based on the Avengers: Earth’s Mightiest Heroes cartoon, will include Iron Man, Thor, Captain America, Hawkeye and Hulk. Loki will not be released until the second wave of figures, and Falcon will come last in the third wave. Spiderman’s first wave includes Spiderman, Nova, Venom (in an exaggerated form in order to rival Hulk’s size and strength), Iron Fist and Nick Fury (voiced by Samuel L. Jackson himself). Green Goblin is confirmed for the second wave of Spidey figures, though no third wave has been announced yet.

The final collection to launch in the Marvel-verse is the Guardians of the Galaxy collection, which is made up of Star-Lord, Gamora, Drax, Groot and Rocket Racoon. The villain from the recent Guardians film, Ronan the Accuser, is set to release as a second-wave character. Yondu will be released as a figure in the third wave, though he will be playable at launch. Many other characters in all three collections will be playable in the game, or appear as sidekicks, but may not get their own figures, including Doctor Octopus, The Winter Soldier, Iron Patriot, and Cosmo the Spacedog.

Lets Hear it For the Girls

Robertson has two sons and one daughter who assisted him with the unpacking. His daughter especially liked that Black Widow and Gamora were included in the collection. Although Spiderman was the most recognizable collection to her due to the cartoon, it was the least interesting due to its lack of a female figurine. Maybe a girl will be added in the as-yet-unannounced third wave; there are plenty to choose from in Spidey’s band of friends and enemies, and both Disney and Marvel would be foolish to ignore the appeal that female characters have to their massive female fan-base.

Disney INFINITY: Marvel Superheroes is set to release on September 23rd in North America, with the Avengers playset and Iron Man, Thor and Black Widow available to play at launch. The game releases with the same specs in two days in the UK, and tomorrow in the rest of the world. Those of us who have the original Disney INFINITY can forgo the new disc and play base in favor of downloading a digital version, but we will have to wait until November 4th. Disney Infinity is available worldwide for the Wii, Wii U, Playstation 3, Playstation 4 and Xbox 360, Xbox One, iOS, Windows, and Playstation Vita. Marvel Superheroes will be available for all the same platforms except for Xbox One.