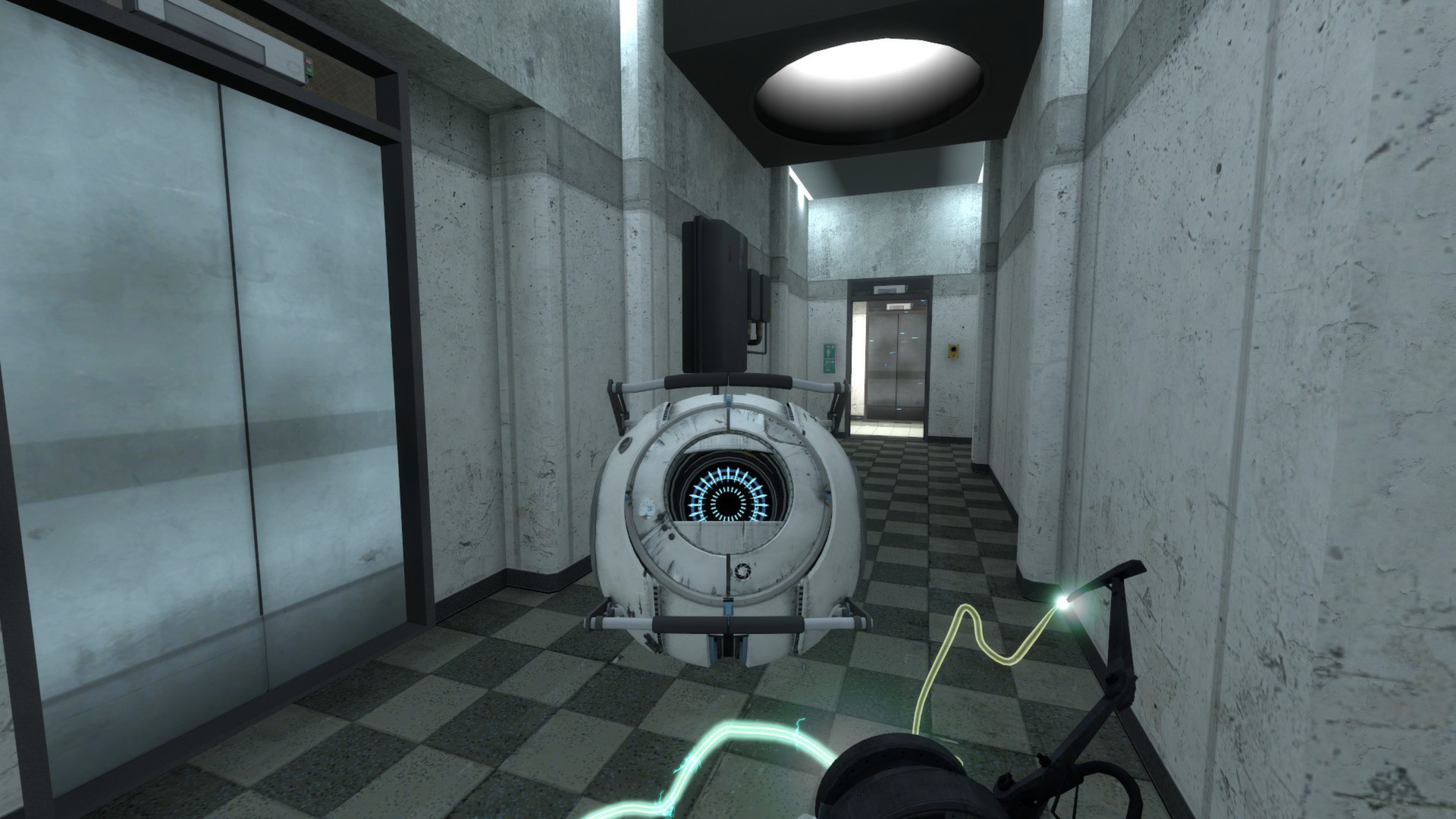 Portal fans rejoice! It’s not quite Portal 3, but thanks to Russian/Ukranian fan-developers Hidden Valley, you can get your latest fix in the form of their upcoming mod to Portal 2, “Conversion.” Intending to cover the “lost time” in between Portal and Portal 2, “Conversion” will answer the question “what happened to Aperture Science during the game gap that left it so wrecked at the beginning of Portal 2?”

“Conversion” has been greenlit through Steam, and will be available as a free-to-play game in 2015. However, you may not have to wait that long– demos of the game will be released next year around February and March.

Despite not being officially affiliated with Valve, Hidden Valley has made it clear that it intends to pay the utmost respect to the Portal franchise. The plot of “Conversion” will be based closely on the series’ lore and Hidden Valley’s theories as to what occurred in the lab during the time the main power grid was down and Chell was asleep in the Extended Relaxation Chamber. According to the official “Conversion” Steam page, both GLaDOS and Wheatly will be making cameos in the game, though the developers remain highly secretive as to their exact role. Two new characters– Ben, a Security Core, and August, an Administration Core– will be introduced to help the player navigate the degenerating Aperture Science complex. Hidden Valley has commented on the unofficial nature of their game’s plot-line in their Steam news feed, stating, “It may not be canonical, but we try our best to fit it in Portal universe.”

Based on their trailer footage for “Conversion” and Hidden Valley’s descriptions of the gameplay, this philosophy of sticking close to the Portal series’ elements is alive and well through multiple parts of the gaming experience. Classic Portal-style puzzles that are the bread and butter of the series will be featured, as well as the introduction of new puzzle elements like the Reflection Gel, which was originally unused in Portal 2 but has since been part of the Portal 2 Authoring Tools DLC, and the intriguingly named Heavy Duty Super-Colliding Super Button Reverse Gravity Field (HDSCSBRGF).

Hidden Valley also claims to have taken much influence from Valve’s Directive Design Experiments, including potentially inspiration from the elusive F-Stop game mechanic. This game mechanic was originally going to be the basis of Portal 2, before test audiences requested a return to the basic thinking-with-portals style gameplay of the first Portal. The Directive Design Experiments were a series of game mechanic experiments undertaken by Valve teams in late 2007/early 2008, wherein Valve attempted to stimulate innovative design mechanics for its future games, and which were revealed in more depth in the The Final Hours of Portal 2 app by Geoff Keighley. Many of the mechanics have already been featured in several of Valve’s games– results from the Blobulator experiment leading to development of the Mobility Gels in Portal 2, for example. The experiment Two Bots, One Wrench, also helped provide the technology for the character dialogue interactions in Left 4 Dead 2.

The fourth and fifth notable experiments, Time and the enigmatic F-Stop, were mechanics that had a strong possibility of being involved with gameplay for Portal 2, but in the end were not included. Time displayed an interesting mechanic that allowed the player to “record” themselves making a portal and to use that “recording” and its portal-creation at a later time, but was later rejected as being too complicated a mechanic. Its creative team leader, Kim Swift, who now works for Square Enix, went on to use the concept of this mechanic in their game Quantum Conundrum, where the player-protagonist uses a special set of gloves to access parallel alternate realities in order to manipulate his surroundings– including a Reverse Gravity Dimension, which may have similar effects as the Heavy Duty Super-Colliding Super Button Reverse Gravity Field (HDSCSBRGF) planned for “Collision,” if the mechanics are indeed inspired by the Directive Design Elements. The mechanics of the F-Stop experiment are still very much under wraps however, as even after the Portal prequel was scrapped and re-imagined as Portal 2, Valve is hoping to use the mechanic in the future. It will be interesting to see how Hidden Valley takes influence from the DDE mechanics that have been revealed, and what sort of inspiration they have come up with from rumors and speculations on the actual F-Stop game mechanic.

“Collision” will also involve something neither Portal game has attempted so far– a non-linear storyline. Hidden Valley have stated that they feel an important part of “Collision” will be its immersive storyline and gameplay, which can only be helped by letting the players feel “that their decisions have a very real impact on their experience and their companions.” The game will provide a more open storyline, incorporating player choices into the way that the story progresses. “We do not want to give you a ‘press-a-button-to-choose-an-ending’ experience,” its official Steam page explained, “you are the master of your story.”

So are you excited for the “Collision” demo next year? How do you feel about a fan-developed product gaining such support? Are you looking forward to seeing how the different game mechanics play out in this mod? Let us know in the comments!